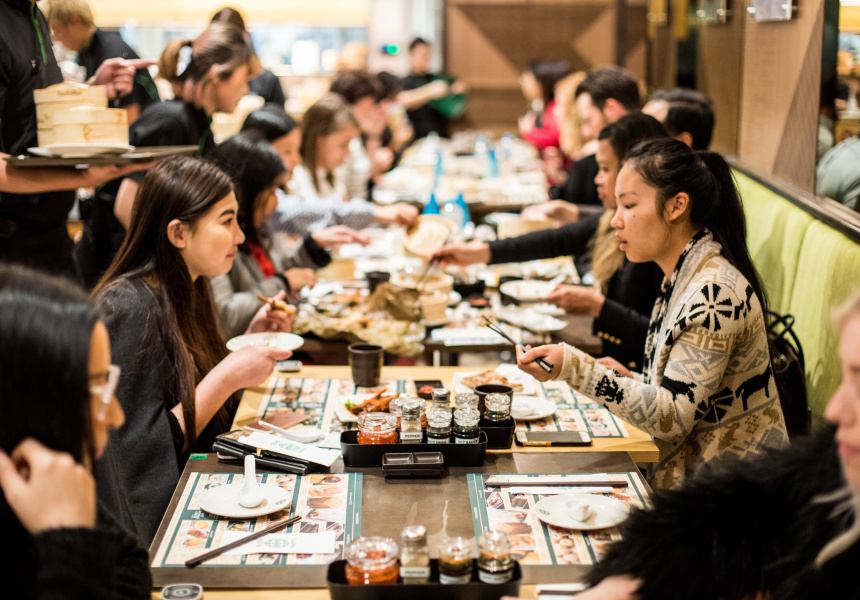 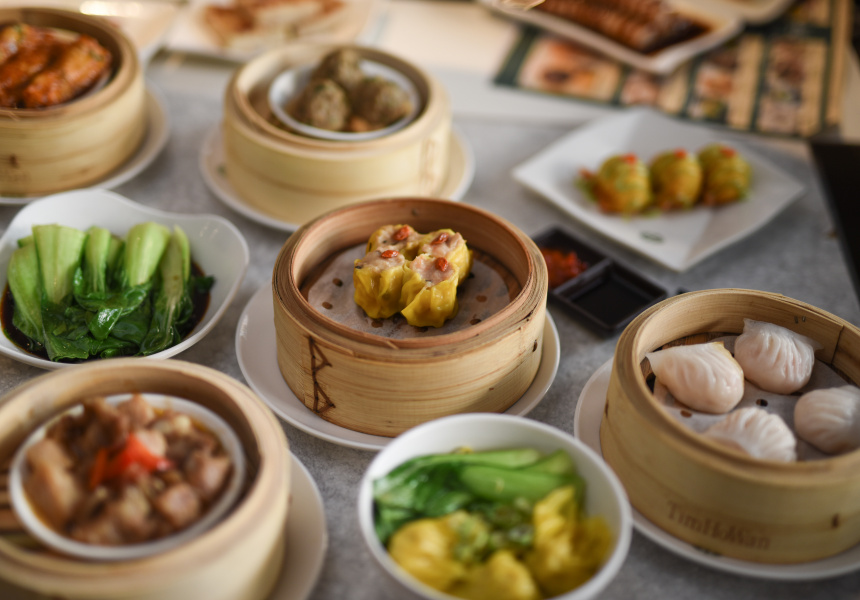 Those Big Four Heavenly Kings, by the way, are the dumpling house’s signature dishes: the sweet baked pork buns, squares of caramelised turnip cake, vermicelli rolls with pork liver, and fluffy steamed egg cake. Although the quartet sits front and centre on the menu at Tim Ho Wan Perth, there’s plenty of other dishes worth talking about, not least the chilli-spiked prawn-and-chive dumplings, crisp bean-curd skins filled with prawn and pork, and fat vermicelli rolls dressed in a sticky sesame sauce. Want congee? Don’t miss the seafood number. Hong Kong custard tarts? They’ve got them, too. Feeling adventurous? Go the cheese-filled prawn balls, a Perth-exclusive dish.

The sleek two-level dining room is bright and buzzy and decked out with the group’s signature timber-and-jade colour scheme. Perth chef Bryan Wong is on the pans at Tim Ho Wan’s 45th international outpost (the others are peppered everywhere from Singapore, to Indonesia and the Philippines) and leads a crack team of 18 chefs. The kitchen adheres to the the same standards as all Tim Ho Wan eateries and prepares almost every key menu item in-house (anything else is shipped directly from Tim Ho Wan’s Singapore headquarters).

This careful discipline, cemented by Tim Ho Wan’s founding chef Mak Kwai Pui, is what shot the eatery to world-recognition just shortly after its inception. In 2009, the 20-seat Mongkok flagship opened its doors. By 2010, it was named the world’s cheapest Michelin-starred restaurant at the time. Today, it’s fast becoming an empire. The restaurant’s global mainstreaming, however, hasn’t dampened the enthusiasm of its followers. Queues are the norm and you can’t book.

Tim Ho Wan is one of the highlights of Raine Square’s $200 million revitalisation. The first stage of the redevelopment launched in September with the unveiling of new eateries, retailers and a Palace movie theatre, the first cinema to screen movies in the CBD since The Picadilly shut five years ago. Stage 2 opens in December and features plenty of fashion names and brands.

This article was updated on November 21, 2018. It first appeared on Broadsheet on September 20, 2018. Menu items may have changed since publication.