From a six-course degustation by three of the state’s finest chefs, to a laidback beach barbeque, this year’s festival has all tastes covered. 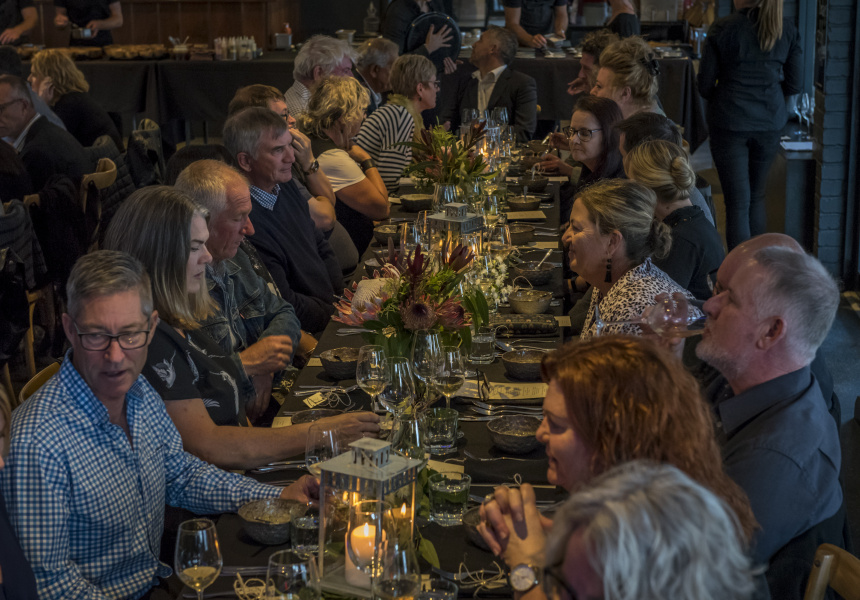 Brunching vine-side on Italian delights with a glass of riesling; an evening picnic performance of some of opera’s most famous arias; watching the sun set over Mt Clarence, beer in hand and toes in sand. The experiences offered at this year’s Taste Great Southern have all tastes covered. Running from March 10 to 18, the 11-day culinary festival heroes the wine, produce and people of WA’s Great Southern region. This year the program has more than 30 events and experiences, with more than 20 chefs from around the state. From the lavish to the laid-back, and a few in-between, here are our picks.

Swine Dining
At Swine Dining, three of the state’s finest chefs explore the culinary bounds of the world’s most commonly consumed meat: pork. Albany’s Amy Hamilton (Libertè) joins with Melissa Palinkas (Younge George and Ethos Deli) and Gord Kahle (Heritage Wine Bar) to curate a six-course degustation, hosted at her cosy Parisian-inspired small bar. With Hamilton’s niche at the intersection of French and Vietnamese cuisines, Palinkas’s penchant for cooking with offcuts, and Kahle’s modern-Australian style, the pork-centric menu will be anything but one-note. Wash each course down with the chefs’ Great Southern wine picks.

Opera in Katanning
Since the 2018 opening of much-lauded luxury stay the Premier Mill Hotel, Katanning has become a household name. If you want to familiarise yourself with the charming Wheatbelt town and its surrounds, this is your chance. The West Australian Opera is bringing five of its soloists to the newly redeveloped Piesse Park and Amphitheatre for a one-off concert of well-known operatic hits under the stars. BYO blanket and picnic, or opt for all-inclusive tickets that get you a gourmet Great Southern hamper for two and a bottle of wine.
If you’re interested in this: Try the soulful sounds of Kris Nelson Band, Mama Kin, and Vikki Thorn (the Waifs) and the Red Tails at Southern Sets the weekend prior.

Vendemmia Brunch
Borrowing from the Italian tradition of vendemmia (the yearly celebrations around the grape harvest), the Castelli family is hosting a vine-side long-table brunch that pays homage to their Laziali roots. Bringing authenticity to the Italian-inspired experience is In Cucina’s executive chef, Elisabetta Zottola. Originally from the Castelli family’s hometown in the Lazio region, Zottola will team up with head chef Jason Jujnovich to showcase the region’s produce. Before sitting down to brunch enjoy a tour of the winery during vintage and taste some of the drops currently in-barrel.
If you’re interested in this: The Sandalwood Shop in Albany is hosting a sandalwood nut-centred high tea, paired with a showcase of West Cape Howe Wines.

Women of the Region Dinner
Throughout the festival, the spotlight is, naturally, on the exemplary produce coming out of Great Southern. At the Women of the Region charity dinner, the spotlight shifts a little, to a first-rate line up of women chefs and winemakers. In the kitchen, Perth’s Melissa Palinkas is joined by Anna Gare, Sally Francis (Runes Catering) and Amy Hamilton. Some of the region’s female winemakers and vineyard owners are responsible for the evening’s tipples, including Bev Gilbert (Gilbert Wines), Viv Snowden (Singlefile), Pam Lincoln (Oranje Tractor Wines), Kim Tyrer (Galafrey) and Rosie Singer (Zarepath Wines). $10 from each ticket sold will be donated to the Albany Community Foundation.
If you’re interested in this: catch the winner of the 2001 Vin de Champagne award, Sarah Wiseman, over champagne and a seafood feast at Phillips Brook Estate’s High Fluting event.

Wilson’s Beer, BBQ, and Beats
See this year’s festival out with the sand between your toes and snag in hand at Wilson’s Beer, BBQ and Beats. It’s on the pristine Emu Beach, with sparkling blue waters and the distant Mt Clarence as the backdrop for the laid-back sunset event. Trenton Brennan from Ocean and Paddock – the three-time winner of WA’s best fish and chips – will be doing the cooking. Local brewery Wilson Brewing has got the accompanying ales under control.