Get together a group and feast on young jackfruit curries, fried chicken (and fried chicken skin) and potent house-made chilli sauces. 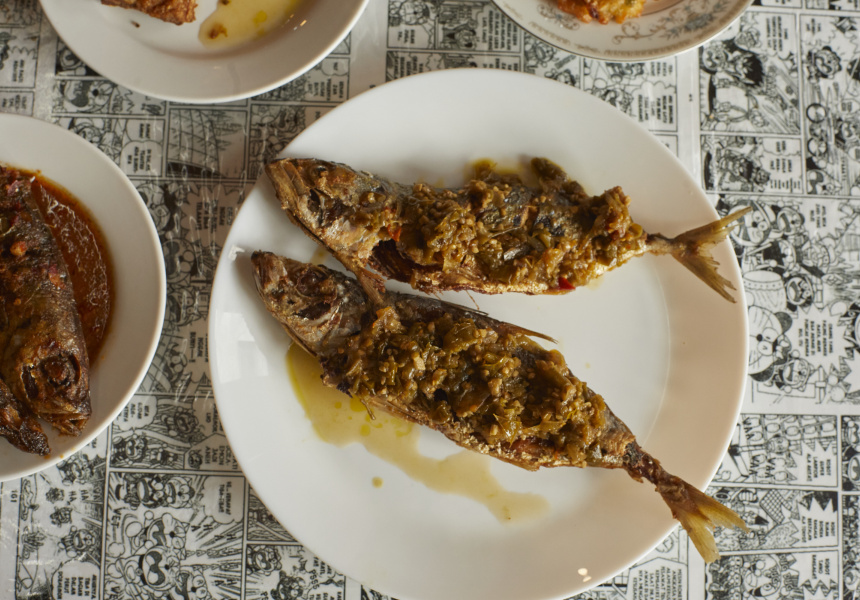 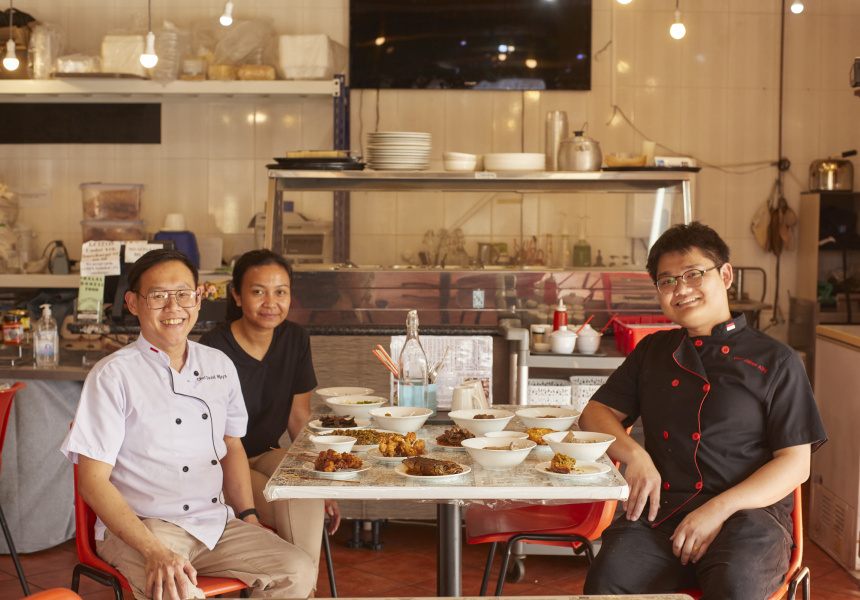 Given Indonesia’s one of our closest neighbours, as well as a top holiday destination for Australian travellers, I often wonder why Indonesian food isn’t more popular here.

Admittedly, as someone who grew up in Medan, capital of the Indonesian island of Sumatra, I’m not exactly neutral. But childhood bias aside, Indonesian food has lots going for it. It is, most importantly, delicious, with flavours frequently tending towards the sweet and salty. Indonesian food is also (courtesy of Australia’s love of Bali) familiar to travellers, with satay and babi guling (suckling pig) among the broadly “Indonesian” dishes Perth holiday-makers might eat on vacation. Finally, Indonesian food is varied and diverse, with dishes reflecting the myriad cultures, religions and climates found across the 17,500-island archipelago.

While no one restaurant can cover the entire spectrum of Indonesian flavours, the homely Ah Beng Kopitiam in Langford manages to island-hop more successfully than most Indonesian restaurants in Perth.

Among the things you’ll spy on Ah Beng’s sprawling menu is ikan bakar, whole grilled fish glazed with a sweet and spicy chilli sauce that sparks an instant flashback to the seafood grills of Jimbaran Bay in Bali. The offer of roast duck, fried chicken wings and roti prata hint at the shared culinary DNA between Indonesia, Singapore, Malaysia and the other countries that make up the Sundaland region of Southeast Asia. There are also eggy house-made noodles, supercharged with an eye-wateringly spicy sambal that is not to be trifled with. Most excitingly, however, Ah Beng is home to some of the best Padang food Perth eaters are likely to encounter this side of Ngurah Rai International Airport in Denpasar.

Originating in and named after the region of Padang in West Sumatra, Padang (pronounced “pa-dung”) food is a style of cooking as well as dining – traditionally, dishes are served family-style, laid out on a table along with rice so eaters can help themselves. The cuisine’s defining characteristics include bold spice, potent chilli heat and a dry rendang, a slow-cooked beef stew found throughout Southeast Asia. From its birthplace in West Sumatra, Padang food has spread throughout the archipelago, where it has been subtly – and in some cases, not so subtly – adapted to local tastes. It might not be as well-known outside of Indonesia as, say, nasi goreng or Bintang beer, but Padang food holds a special place in the hearts of many Indonesians, including David Wijaya, the chef-owner of Ah Beng Kopitiam.

Although Wijaya was raised in the Indonesian capital of Jakarta, his grandmother and mother spent plenty of time in Sumatra. There, they developed a taste for Padang flavours and, in his grandmother’s case, first-hand knowledge of preparing Padang food. When it came time to teach her grandson the fundamentals of cooking, grandma Wijaya also passed on a fondness for Padang flavours.

“My family and I missed Padang food so much,” says Wijaya, explaining the prevalence of Padang food on his restaurant’s menu. “I miss that flavour that my grandma always brought to the table and have tried to recreate every single dish she cooked.”

Initially, the only people who got to eat Wijaya’s Padang cooking were family members or employees of Monggo, the Mount Lawley Indonesian restaurant Wijaya opened in 2012. (He would often cook Padang food for staff meals.) It wasn’t until the 2016 opening of Ah Beng – a more casual restaurant than the refined Monggo – that the public got its chance to taste Wijaya’s Padang food. After testing the water with 10 dishes, our man gradually began expanding the range of Padang dishes on offer. Today, around 30 Padang-inspired dishes are dotted throughout the Ah Beng menu with specials coming on and off.

“We don’t call these [Padang] dishes entrees or mains, but a range of different small bites, often with heavy sauces, that we share” says Wijaya. “We try to offer all the classic Padang dishes you might get in Indonesia.”

For first-timers (whether to Padang food, Ah Beng or both), some advice: going with a group is the best way to give the menu a decent shake. Dishes are modestly priced (the average price of most items is around $6) and portions are big enough to ensure everyone at a table of four gets a taste. As a starting point, I’d suggest ordering two dishes per diner, then going from there. Staff are on hand to decode dish names, otherwise the combination of your smartphone and the menu’s pictures should help avoid ordering mishaps.

So what should you eat? For a gentle way to dip your toe into Padang waters, start with the chicken (ayam, say it EYE-yum), in particular, the ayam pop: chicken that is steamed, then deep-fried. Those who enjoy the Jewish dish gribenes will get on swimmingly with the ayam kulit (deep-fried chicken skin), while the sate brutu (grilled chicken tail skewers) and ampela ayam (fried chicken gizzards) are an opportunity to try lesser-seen parts of the bird.

As mentioned earlier, traditional Padang-style rendang is quite dry, with the beef stewed till most of the sauce has been soaked up by the meat. Ah Beng’s version leans towards the saucy side but still hums with gentle spice. As with the chicken dishes, there’s plenty of offal action here, with fried tripe (babat goreng), stewed tendon (kikil gulai) and stewed lung (paru, one of many dishes dressed with the potent house-made red chilli sauce known as balado) among the bovine B-sides on offer. Grilled fish (ikan), squid (cumi) and eggs (telor) dressed with sambal and sauces round off the proteins.

A handful of boldly flavoured vegetable dishes offer a counterpoint to all this meat. The sweetness of the daun singkong – cassava leaves stewed in a spiced coconut cream sauce – is a welcome respite from the kitchen’s frequent bursts of spice; ditto the young jackfruit curry known sayur nangka. Tempe goreng, golden and crunchy strips of fermented soybean, ensure vegetarians can also get in on the deep-fried fun.

Just as the food stays true to Indonesian tastes, so too does the aesthetic. Guests sit on orange plastic-moulded school chairs at plastic-covered tables decorated with Indonesian versions of popular Japanese manga Doraemon, and help themselves to cutlery and sauces – just as they would at a warung, the small, casual family-owned restaurants and cafes ubiquitous across Indonesia.