“We’ve done it before so have a little bit of experience, but it doesn’t ease the stress of the unknown.” 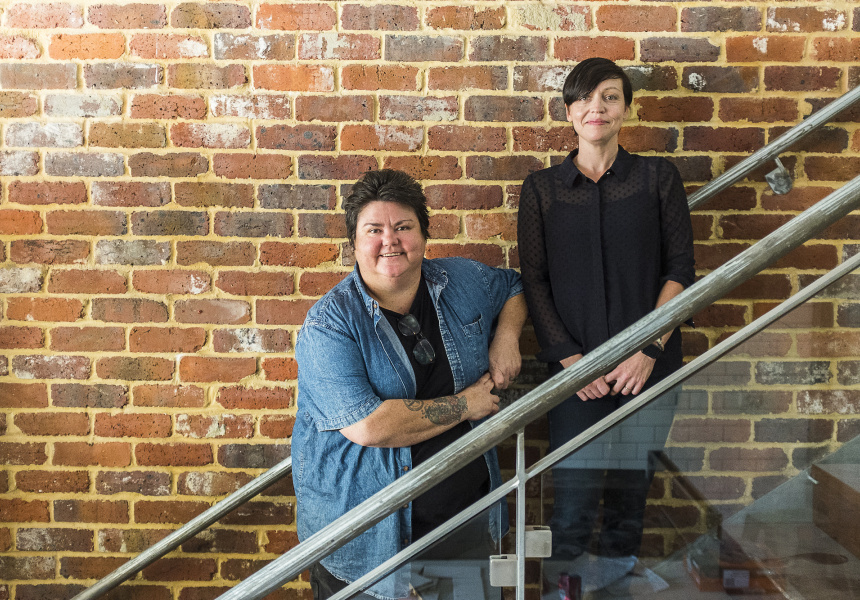 Drasko Jankovic of Drasko’s Hot Chicken was in the middle of a busy Sunday when he – and the rest of Western Australia – got the news that the state would be entering a snap five-day lockdown later that evening. He felt the effects of that announcement immediately.

“Because of that news, we went from an hour-long line into a trickle in literally a couple of minutes,” he says.

Premier Mark McGowan’s press conference on January 31 generated shock, cancellations and panic (buying) at hospitality venues across the state. Kenny McHardy, chef and co-owner of Manuka Woodfire Kitchen, was in his Fremantle restaurant preparing for a major function that evening that was immediately scrapped. He called staff not only to let them know they wouldn’t be coming into work that week, but to ask them to take home some of the food he’d prepared for the event. Suppliers such as Fins Seafood and Cambray Cheese took to social media to help move excess stock that would normally go to restaurants. Many venues quickly swivelled back into takeaway and delivery. Some operators had to do all of the above.

Lyndon Waples, owner of Il Lido and Canteen Pizza in Cottesloe, had five hours to prepare both businesses for shutdown. Staff got on the phone to cancel and decline bookings (some beachgoers hadn’t heard the news). They had to move as much stock as possible ahead of closure – not least the hefty quantity of oysters that had been ordered for that night. (A social media post offering takeaway oysters for the first night of lockdown took care of that.)

“You had to be pretty agile and think quickly to get everything rolling,” says Waples, who remained open for takeaway at both venues during lockdown. “We’ve done it before so have a little bit of experience, but it doesn’t ease the stress of the unknown.”

Considering that Drasko’s was less than one month old and being carried by plenty of hot-new-venue momentum, Jankovic was understandably bummed about the news. Despite the bad timing of the premier’s announcement, the shutdown did allow him to implement takeaway and delivery, something he hadn’t been able to do because the restaurant had been so busy. He hustled to finalise a new ordering system and tweaked some aspects of the operation (such as the method for finishing the fried chook, to allow for additional time between pick-up and consumption), and then Drasko’s was off to the races. It’s now busier than ever: so much so that when it does reopen for dine-in trade, the kitchen will have a dedicated takeaway and delivery arm to streamline operations. It’s been an ordeal, says Jankovic, but the upside is that people who “couldn’t line up for an hour are the ones taking full advantage of being able to order and pick up food at their leisure”.

The shutdown, of course, is only half the story: getting things moving again post-lockdown comes with its own set of challenges, but business-owners were grateful to get more notice this time.

“It was great they made the announcement on Thursday night [February 4] on what restrictions we would be facing,” says Sarah Atkinson, co-owner of Le Rebelle in Mount Lawley. “We anticipated that we wouldn’t hear anything until Friday at midday, and this allowed us to plan accordingly with our staff and to plan out the bookings.”

In the interests of limiting exposure, the kitchen ran with a smaller menu. Atkinson wrote a by-the-glass wine list based on what was already in stock, bookings were shuffled to adhere to the 20-person minimum, and staff had to decline hugs from regulars, but overall, Atkinson says, it was pleasure to be back at work.

Susan Whelan and Melissa Palinkas, the couple behind Young George and Ethos in East Fremantle, took a similar approach: stripped-back menus, clipped inventories and reduced hours. Like their hospitality peers, they hope restrictions will be further eased for Valentine’s Day so they can recoup losses sustained during the shutdown.

While Palinkas understands the importance of protecting the community’s health, she’s disappointed that the hospitality sector has – not for the first time – gotten the rough end of the stick. “I’m annoyed because everyone is paying for a mistake that wasn’t made through us, but by a system that saw someone not get the right training about how they should have acted in a quarantine situation,” she says.

It’s interesting to hear how the goalposts have shifted for chefs and restaurateurs during Covid – for many, the drive for critical acclaim has taken a backseat to pragmatism.

“The main reason we opened on Saturday was to give staff hours,” says Dimitri Rtshiladze, owner of Foxtrot Unicorn. After reopening on Friday and trading through a (quiet) weekend, he was forced to make the difficult decision to stay closed during the week. “The decision not to open this week was one of the hardest I’ve had to make. The casuals are the ones that suffer the most in this situation. If you’re managing to employ people during hard times, you’re coming out in front.”

While hospitality venues in the South West region have returned to pre-lockdown capacity, restrictions on travel have made it hard for restaurants, bars and cafes in centres such as Margaret River, Albany, Denmark, Pemberton and Manjimup to trade viably. As a result, many South West operators remain shut but are working towards reopening this weekend when regional borders reopen. Many used the enforced shutdown as an opportunity to regroup.

“Last year was a pretty solid year,” says Evan Hayter, chef-partner of Margaret River off-grid restaurant Arimia. “As soon as we opened after the first Covid-19 lockdown, it was flat out. It’s been busy down here over the holiday period, but as soon as they made the announcement [about the latest lockdown], there was a mass exodus.”

While the situation is being influenced by numerous factors, masks are the biggest issue. You don’t need to wear one when you’re eating, of course, but all the waitstaff I spoke to admitted working in a mask was tricky, and post-lockdown services have featured plenty of on-the-job learning. But operators are confident that as people get used to life in masks, things will return back to “normal”.

“The more that people go out and understand that you can still have a great meal during the actual dining … process, the better,” says Bradley Woods, CEO of the Australian Hotels Association of WA. “That’ll put more confidence back into the consumer and hopefully put more hours and business back into the industry as well.”

It might be a cliche, but it bears repeating: with restrictions still in place and operators unable to trade at capacity, it’s vital that diners support the venues they want to see come out the other side of this.

“It’s hard as a small business to continually summon the energy to shut and open,” says McHardy, as he prepares for another week at Manuka under unusual circumstances. “Inspiration is so important in this industry when you’re working such long hours. You need that inspiration to keep driving you.” 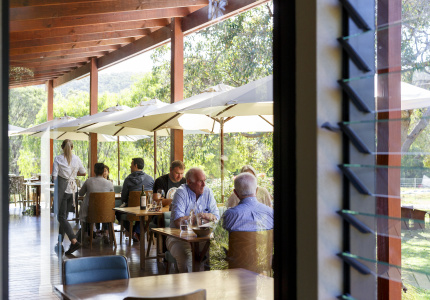 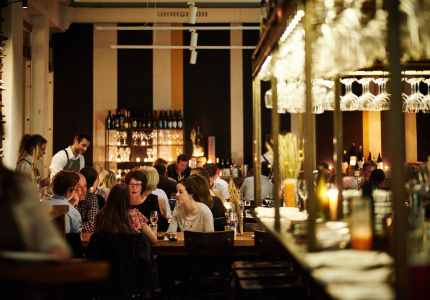