Two fourth-generation Busselton families have joined forces to open a lofty two-level brewery on the foreshore. And it’s open daily from 7am to 10pm. 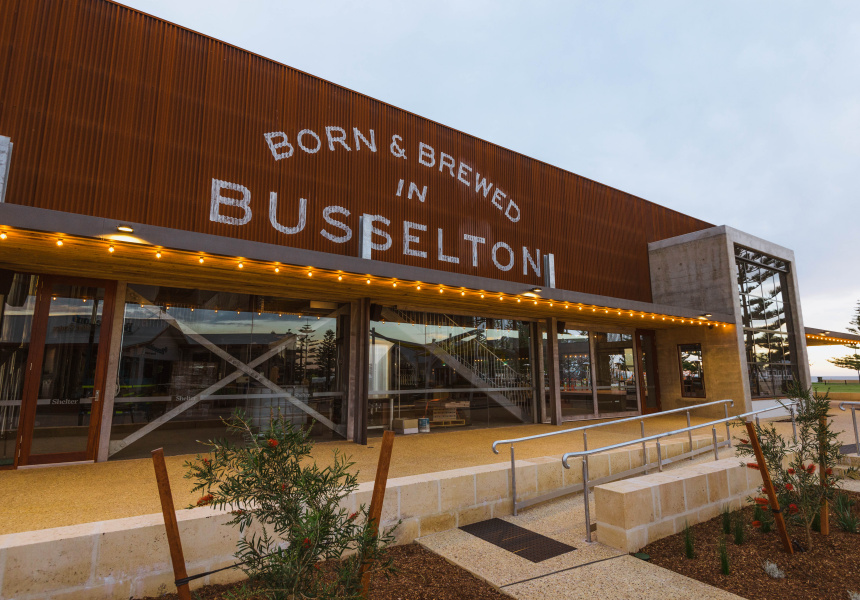 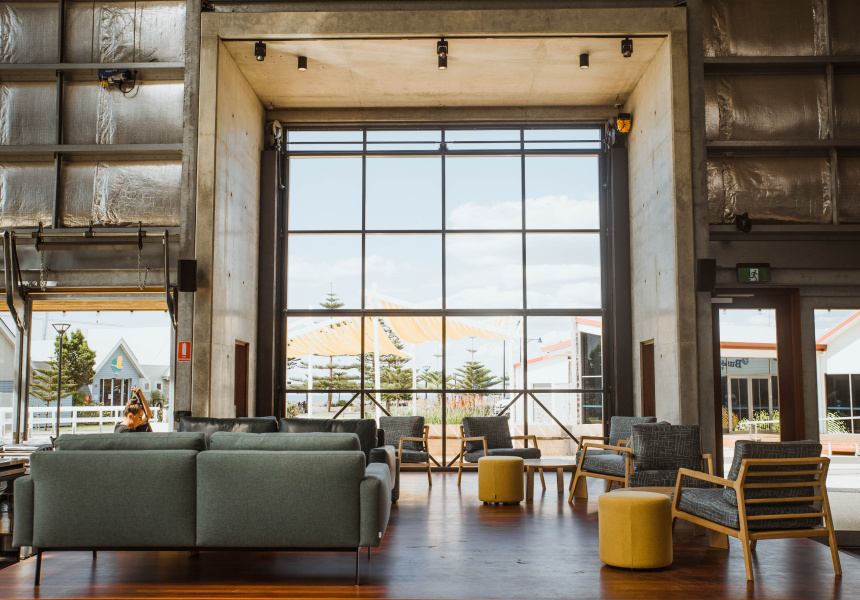 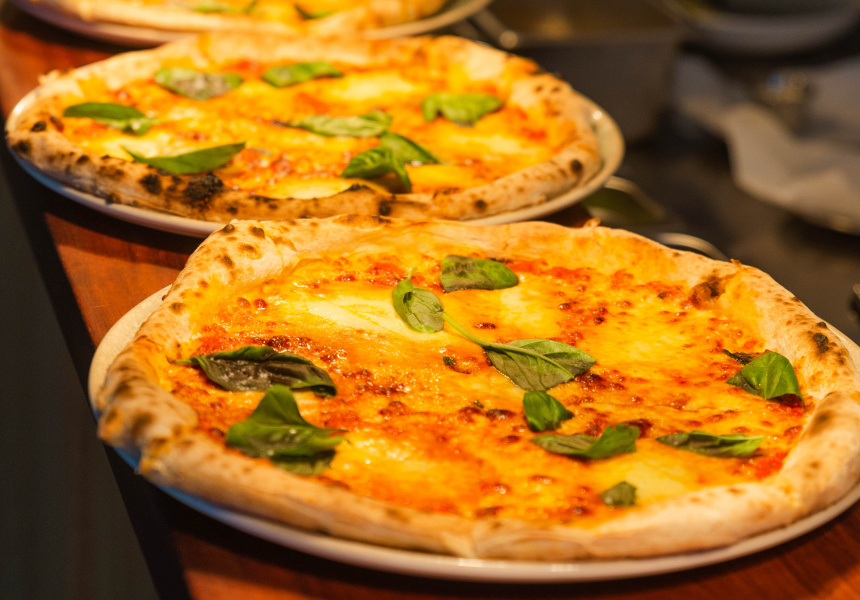 The scale of Shelter Brewing would be impressive anywhere, let alone at the foot of the jetty on the Busselton foreshore. The fully functional brewery – which also has a restaurant, function rooms and capacity for 650 – is a joint venture between two fourth-generation local families: brothers Matt, Jason, Mike and Chris Credaro and brothers Zeb and Asher Packard-Hair.

It’s a venue by locals for locals, says general manager Paul Maley. “Shelter is a place for locals to meet, families to get together and visitors to include in their itinerary of Busselton, whether they stop in for a quick coldie or stay for a long session.”

The lofty two-level building cuts an impressive and imposing figure, with 10-metre floor-to-ceiling windows – designed to maximise the stunning view of the jetty and Geographe Bay – and more than 1000 square metres of ground-floor space. Construction began in August 2019, and, despite Covid, the brewery opened on-schedule last week. It’s been designed with an emphasis on sustainability, which includes a 100-kilowatt solar-panel system that aims to produce 80 per cent of the brewery’s power.

“The construction project has been colossal, and the end result is something that we hope everyone will be proud of, like we are,” says Maley.

The beer – including a mid-strength XPA, a 6.8 per cent IPA, a summer sour, a classic lager and a red ale – is brewed on-site, overseen by director and head brewer Jason Credaro (ex-Little Creatures).

Guests can take part in brewery tours, complete with beer paddles and tastings straight from the tanks. A canning line will be installed in a few weeks.

All the wine and spirits are Western Australian, too. “We wanted to make sure we championed the region, and friends and mates in the industry down here,” says Maley.

The food menu centres around an imported Italian Marana Forni pizza oven, which turns out crisp Roman-style pies. Other dishes – such as chilli mussels, pork ribs and 12-hour slow-cooked beef brisket – are designed for sharing and sit alongside a selection of smaller plates and burgers.

As you might expect from the location, the venue is family and pet-friendly. “We’ve got some great throwback items like a chip butty and choc bombs,” says Maley. “Things that conjure your childhood or holidays – nostalgia items.”

The brewery operates from 10am to 10pm daily, but the in-house cafe opens at 7am, serving house-baked cinnamon scrolls and coffee from Margaret River Roasting Co.