The Greenhouse doco’s WA premiere, a beloved sandwich bar is turning one, and Nowhereman Brewing celebrates five years (with $5 pints, $10 cocktails and $10 pizzas). Plus, a whole lot of distillers are descending on Freo. 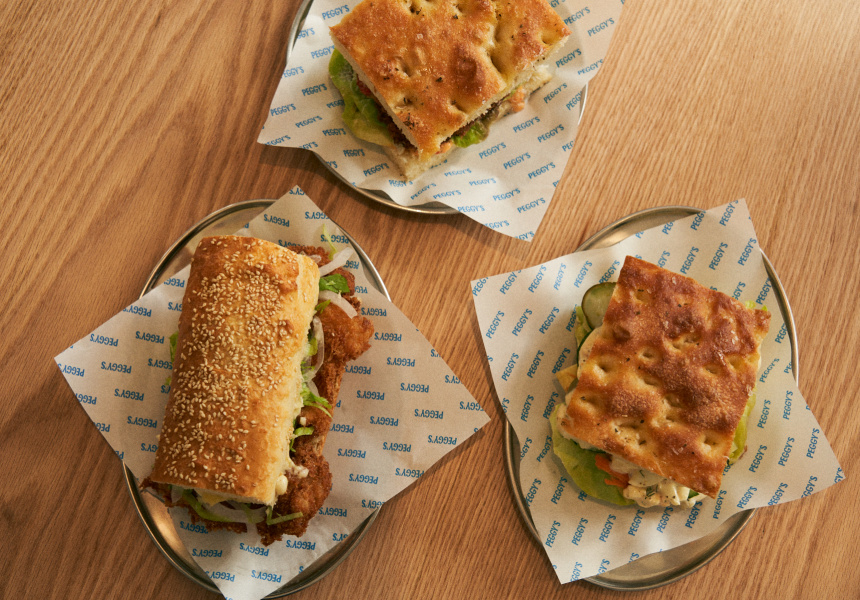 Peggy’s first birthday
In Chinese cultures, a child’s first birthday is a major deal. Fremantle sandwich bar Peggy’s will be channelling some of that one-year energy for its first-year birthday party on Sunday August 7. To help mark the occasion, Peggy’s will be slinging cubanos, fish sandwiches and fried chicken sandwiches while wine and beers courtesy of Shelter Brewing will also be available. Music, naturally, will also contribute to the party vibe.

The Greenhouse documentary comes to WA
Greenhouse – an 87-square-metre home and urban farm that popped up in Melbourne’s Federation Square in 2020 – was one of the world’s most important food stories and kept discussions about sustainable living front and centre for thoughtful eaters everywhere. Greenhouse by Joost, a documentary tracking the story of the structure as well as that of its designer Joost Bakker, takes viewers on a thrilling 90-minute journey of the Greenhouse, from the project’s early days through to dismantling earlier this year. After premiering at this year’s Melbourne International Film Festival, the documentary will be making its Western Australian debut at Cinefest Oz, the south-west’s annual celebration of homegrown cinema. The documentary is screening on Friday August 26 at Margaret River Heart and on Sunday August 28 at Orana Cinemas Busselton, with a Q&A with the producers to follow the screenings. Tickets are available online.

A new chef starts a residency at La Madonna Nera
A former head chef at Shadow Wine Bar & Dining Room, Anthony Yuill’s spirited take on Mediterranean cooking made him an ideal candidate to temporarily take over the kitchen at Mount Hawthorn’s lively osteria, La Madonna Nera. Based on his first menu – hello squid ink arancini, fazzoletti with duck ragu and focaccia with mortadella spuma and anchovy butter! – the appointment seems like a good fit. Eaters have till mid-September to take Yuill’s cooking for a spin. The arrival of the new chef is also good news for team LMN, who recently had to open a new Instagram account after its original account was hacked: give them a follow here.

Nowhereman Brewing Co turns five
Despite its name, West Leederville’s Nowhereman Brewing is seemingly everywhere, thanks in no small part to its willingness to get behind worthy causes via its HospoFam initiative. To celebrate five years of brewing good beers and good times, Nowhereman is throwing a five-day party that begins with tonight’s birthday party ($5 pints of birthday beer and core beers, $10 cocktails, $10 pizzas and the launch of new merchandise), a Thursday night trivia night stacked with prizes, more drink specials on Friday and Saturday night, plus a Sunday lunch featuring a vertical tasting of three vintages of Mr Otter’s barley wine matched with food from Deli’s Continental.

Distilling good times in Fremantle
Between August 5 and 7, the Fremantle Markets is hosting a Distillers Festival and inviting some of the state’s favourite distilleries to show off their wares. Some of the distillers attending will include Limeburners & Giniversity, Moontide, Whipper Snapper and local favourite Republic of Freo. Entry is free over the weekend and hitting up market vendors for food and ballast is highly, highly recommended. 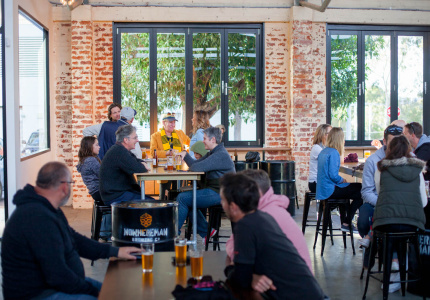 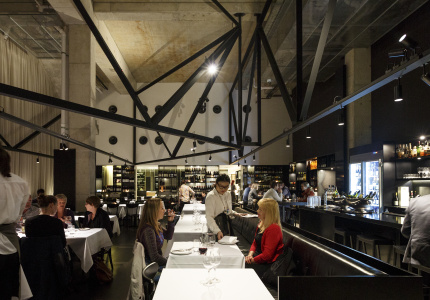