Walk in from the surf for Kailis Bros fish’n’chips, a crumbed-calamari sub or a Danish-style hotdog – from the minds behind Someday Coffee Co, Daisies and The Other Side. Plus, ice-cream, toasties and Five Senses Coffee. 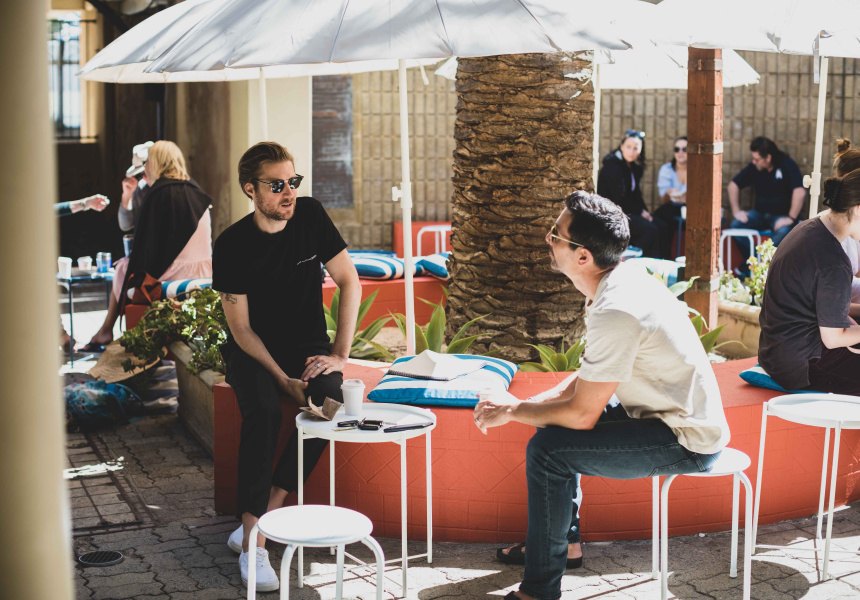 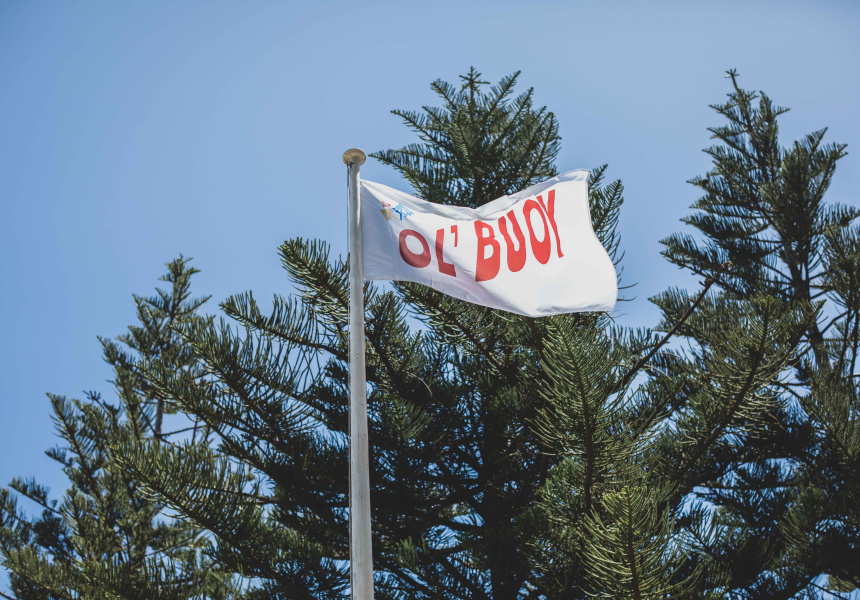 When Broadsheet visits Ol Buoy, it’s Monday morning and the beachside kiosk has been pumping out coffee and breakfast for Cottesloe locals since 6am. Parents grab coffee before school drop-off as children run around the brightly decorated courtyard. Dogs on leads wait patiently for their owners, and swimmers walk in straight off the beach from their morning dip. It’s safe to say Ol’ Buoy has been a hit since opening last Friday.

The pop-up kiosk is on the ground level of the old Indiana Teahouse site (the upper level, meanwhile, has reopened as Indigo Oscar) and will operate until the end of April 2022. It’s the work of Sam Kaye (Daisies and The Other Side), Someday Coffee Co’s Courtney James Smith and Joel Sneeuwjagt and friend David Mitchell, who shared a vision to reactivate the area and provide a casual but considered offering for beachgoers.

“We’ve known each other for ages and were catching up one night to just talk about the hospitality industry at the moment, and it went from there,” says Kaye. “The old Indiana Teahouse had been empty and dilapidated for 18 months or so, and so we put in our plans for the kiosk and it was all approved.”

“We collectively felt that what Cottesloe was missing was a casual walk-up venue on the beachfront – somewhere you’d still be welcome dripping wet in your bathers, where you could order restaurant-quality food as well as a decent cup of coffee,” adds Smith.

Everything on the menu is grab-and-go, with the option to take a seat in the circular courtyard dotted with umbrellas, blue and white cushions and bright orange benches. “The seating area used to be really dark and dingy, so we decided to make it vibrant because we’re right on the beach. We were inspired by Italy and Capri with the bright colours,” says Kaye.

“The menu is a modern take on a kiosk,” he continues. “We have all of the classics, like Peters ice-creams, fish’n’chips and lollies, as well as your modern-day acai bowls, avo on toast and bacon-and-egg burgers. Personally I can’t go past the fish burger. The batter and the dill mayo is so good.”

Kailis Bros Leederville supplies the locally caught fish and the calamari, which is crumbed and served with romesco sauce in a Big Loaf sub. There’s also a Danish-style hotdog with pickles, fried onions, mustard, dill and remoulade; burgers (including a vegan number with falafel); and ready-to-go items such as toasties, granola and yoghurt, and muffins. Plus, cold-pressed juices from Pressed Earth and Five Senses coffee. (There’s even sunscreen from WA’s We Are Feel Good Inc and Ol’ Buoy-branded towels and bucket hats, if you forgot to pack your own.)

From December 1, the kiosk will extend its trading into the evenings, with plans for additional menu items and entertainment. “Everyone is so grateful that we’ve come in and reactivated the space and brought the community back again,” says Kaye. “We’re also looking at live music and maybe a DJ during the evening next month, but that’s something we’re still working on, as well as some community activations.”

Hours:
Daily 6am–4pm (from December 1 the kiosk will remain open until 8pm) 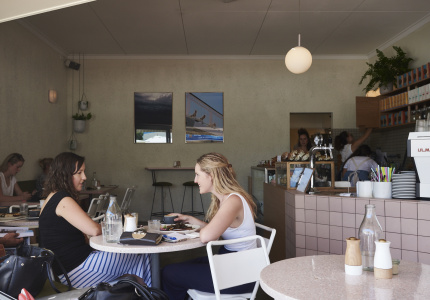