A fire-fuelled restaurant from a Wildflower and Orana alum. 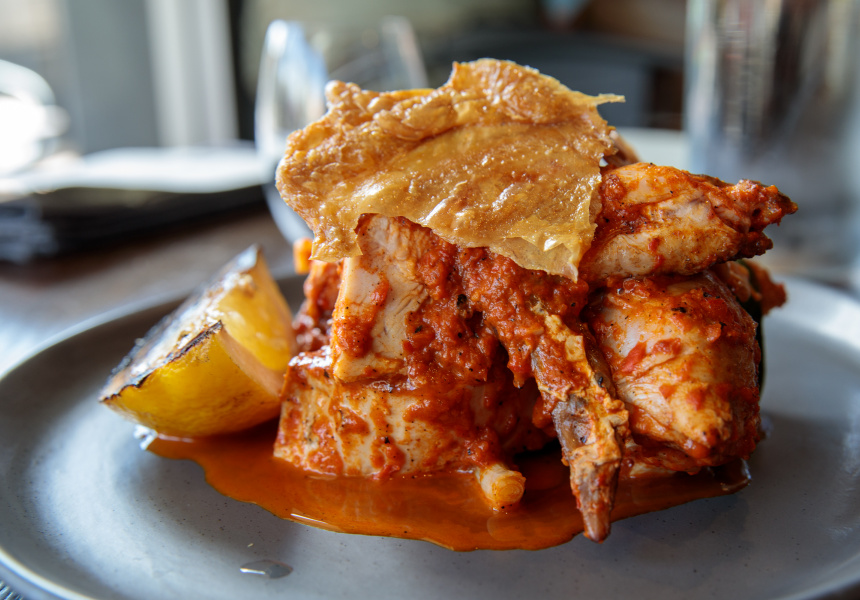 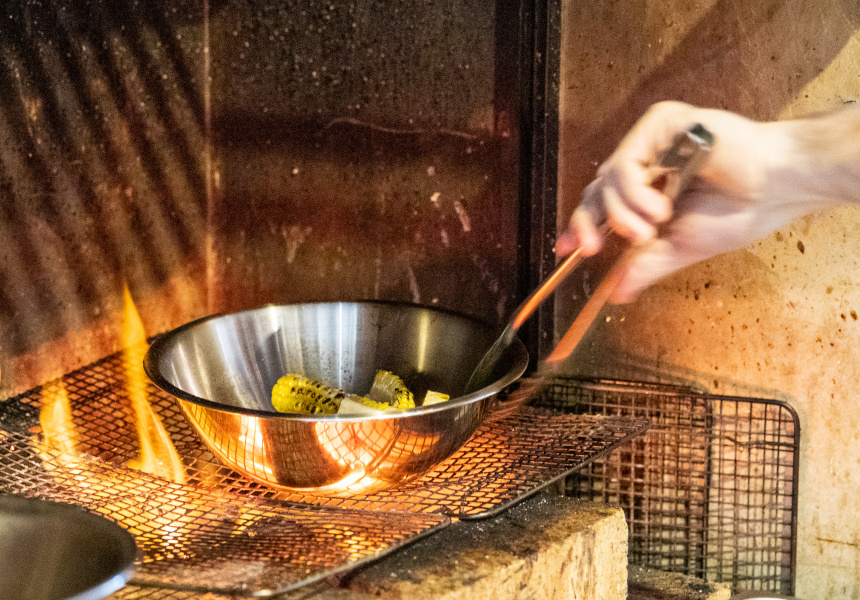 Chef Pete Morgan has an impressive resume. After cooking at Wildflower under Jed Gerrard – recently announced as the executive chef of the soon-to-open Ritz-Carlton Perth he moved to Adelaide to work under Jock Zonfrillo at Restaurant Orana, a Good Food Guide and Australian Gourmet Traveller Restaurant of the Year winner. Deciding it was time for his own venture, Morgan returned to Perth and opened Rusty Pig, a specialist open-fire restaurant with a “back to basics” approach.

Rusty Pig is in a space formerly occupied by Chilean restaurant La Fuente and Cafe Pranziamo before it (the latter’s faded logo still decorates the interior wall). The grill left behind by La Fuente played a key role in helping Morgan define the restaurant’s concept, even if the chef is cagey when it comes to describing his restaurant.

“I hate being asked what cuisine do you do or what style it is,” he says. “We just cook tasty food on the fire.”

Dishes are designed to be shared. Fire-baked bread is soaked in lamb fat and confit garlic. Corn “ribs” are spiced with chaat masala and coated in butter. The “firepit chook” with charred red peppers and spring onion is unreasonably juicy and adorned with crunchy chicken crackling. Fish is dry-aged in-house in the style of award-winning Sydney fish eatery Saint Peter to ensure crispness when grilled.

“Cooking on the fire has a certain flavour about it,” says Morgan. “It just clicks something in the brain, like a primal urge. I don’t know what it is, but everyone loves food that’s been touched by fire.”

Rusty Pig is licensed with a small but carefully curated wine list. A selection of spirits and beers from Otherside, Cheeky Monkey and Coopers is also available.

There are two chefs in the kitchen and Morgan only employs front-of-house staff at night so it’s all hands on deck. Broadsheet visited during lunch and Morgan was a consummate host, handling front-of-house with aplomb while cooking and making coffee for passing workmen. It’s rare to find such a welcoming and intimate venue.

Morgan has a close connection with Mottainai Lamb and intends to develop relationships with other producers when time allows. He’s in it for the long haul and has plans to, once things have settled, install a new coolroom and oven in the restaurant.

“We’ve got to make do with what we’ve got,” he says. “To be fair, I kind of like that we can’t have everything we want straight away. I can’t wait to see us in 12 months.”