The new Royal’s site will double as a small bar and introduce booze and breakfast, while its current space brings back the much-loved (and much-missed) Lola’s Grilled Chicken concept. In a town with some stiff competition, Royal’s has become one of Perth’s best-loved burger brands. So much so it’s outgrown its Victoria Park restaurant and “hole in the wall” kitchen (as the owners affectionately describe it) and is moving to a new 120-capacity home – just a few doors down on Albany Highway.

Since opening its Vic Park flagship four years ago, the brand has expanded with Wembley and Northbridge outposts, plus Royal’s spin-offs Baby Roys in Melville and Fremantle taco joint Al Pastor. But the owners, brothers Alasdair and Ken Craigie, weren’t ready to leave their original location completely.

“This is where we started. Vic Park has been so good to us, we feel at home here,” says Ken. “The community supported us and we’ve supported them.”

The team is moving into the site best known as The Precinct (more recently tapas place Chalk n Cheese). And with a larger space, the venue will now double as a bar. “There’s some great pubs but not many small bars in the area, so this will be a good addition,” says Alasdair.

Changes to the fit-out will be largely cosmetic (think murals and that familiar Royal’s hip-hop vibe). DJs will play on Friday and Saturday nights.

“It’s going to be part small bar standing, part sit-down,” says Alasdair. “We’ve never had the right environment to have a DJ, but this is the perfect space. It’s going to be how we’ve always envisioned Royal’s to be.”

The food menu is still being finalised but there’s promise of bar snacks, larger plates and – perhaps most excitingly – breakfast, alongside Royal’s beloved burgers and southern-style fried chicken. The bigger kitchen will put an end to capacity issues that sometimes prevent the Vic Park restaurant delivering through Uber Eats.

In more good news, the brothers aren’t abandoning their spiritual home altogether; the Vic Park location will see a reboot of the team’s Lola’s Grilled Chicken concept in December. The chicken joint, which opened three years ago in Thornlie’s Spencer Village, was inspired by the brothers’ Filipino heritage and steered by their mother, Estrella – the Lola in question (“lola” is Filipino slang for grandmother). It closed in September last year when the need for a more high-profile location became apparent. (If you didn’t visit the original location, the popcorn chicken with rice and gravy was – for my money – one of Perth’s best-value dishes.)

“We get people in all of our stores asking when Lola’s is coming back,” says Alasdair. “It’s something we’ve thought about for ages, and when you think about something for long enough it ends up happening.”

Royal’s Chicken & Burgers Vic Park will move to its new location in late October, with Lola’s to reopen in December. 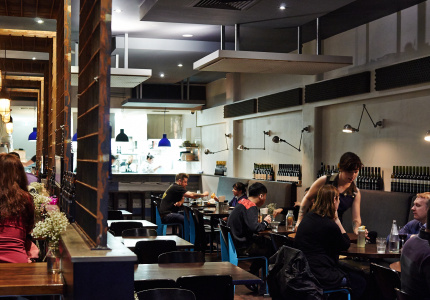