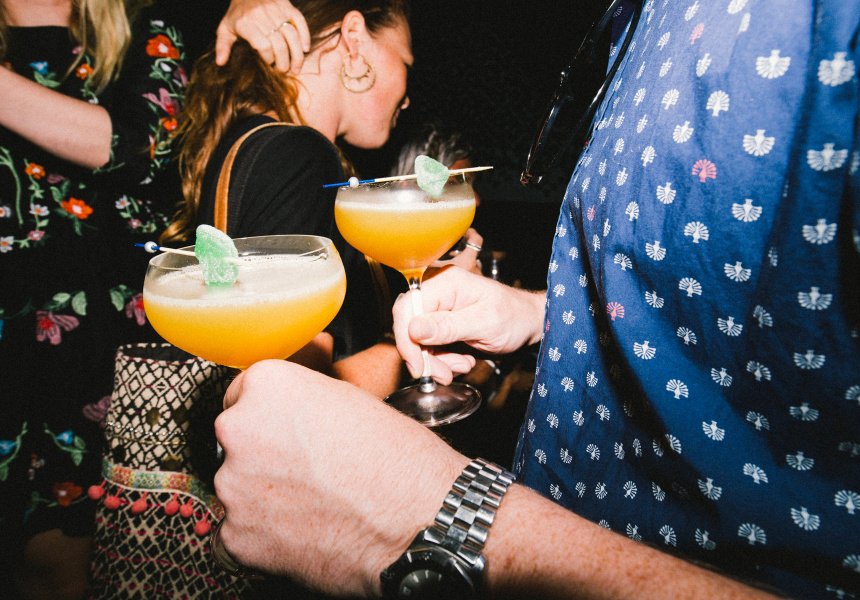 When word got out that Strange Company was opening another venue, drinkers in Perth were understandably excited. What’s not to like about publicans with a penchant for good drinking and its hands: just don’t come here expecting a carbon copy of the Nairn Street original.

Where Strange Company is all about the now, its sequel celebrates the past, starting with its location. For almost three decades, this stretch of Market Street was under the custodianship of the Bagga family, proprietors of much-loved Indian restaurant, Maya. As far as inspiration goes, its owners reflected on their own lives growing up in Fremantle.

“Old Freo house party – that’s the feel we tried to create,” says co-owner, Greg Leaver. “You rock up to a house in South Freo and the front room is going off. Someone’s cooking in the kitchen, people are talking upstairs, there’s a dance floor out the back. We had all these different rooms, so we thought, let’s make it like a house party.”

Spaceagency, the award-winning architect behind Strange Company’s stripped-back aesthetic, was responsible for bringing Ronnie Nights to life and nailed the late ’70s Australiana brief. Period-perfect details from the pressed tin roof to a framed Valiant car ad beautify the space while the soundtrack is suitably rocky and disco-tinged.

A dozen beers are offered on tap and patrons can order draught beers by the schooner or smaller 200-millilitre glass (also known as a seven in New South Wales and Victoria, plus a butcher in South Australia). The wine list favours boutique producers with all product sourced direct from the winery.

Chef Paula Galvez, formerly of Strange Company, is having fun with the menu. Leaver describes the brief as “anything you want to put on a skewer” and the Chilean chef has delivered with a carte offering everything from hotplate-grilled satay chicken to individual vegies on a stick. She’s also turned into her own Chilean heritage for a selection of empanadas.

Trade has been strong since the bar opened earlier this month. Plans are afoot to launch a 20-person al fresco area in front of the venue as well as to open an intimate upstairs cocktail bar.