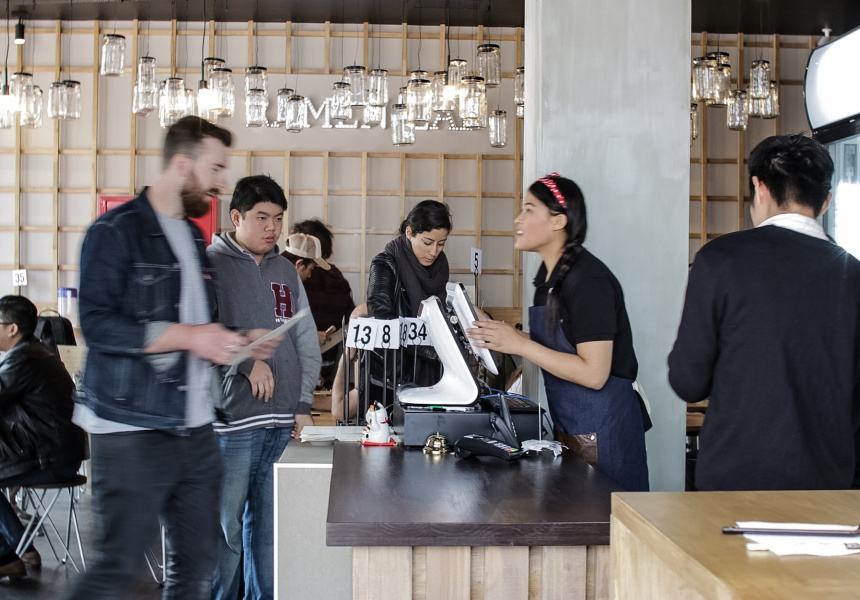 “Ramen is the next Mexican,” exclaimed my friend via Facebook messenger. “So many joints opening up!” She has a point. There was a time, some might find it hard to believe, when Nao was the solitary option for those chasing a (legitimate, handmade) ramen fix. Today, Japan’s most famous noodles are a key fixture in Perth’s dining scene with places like Nomstar and Lucky Chan’s regularly name-checked in local ramen debates. Ramen Lab is the newest addition to the discussion.

Located underneath the Corner by Psaros building on Beaufort Street, this low-key eatery is the first restaurant from Luke Lee, the former head chef of Shiro Izakaya in the CBD and part of the opening team at Nobu Perth. Prior to coming to Perth, Lee cooked in Sydney where he racked up time at powerhouse restaurants such as Quay, Rockpool, Sepia and Bentley. A self-confessed ramen geek, Lee says he’s enjoying utilising his fine dining know-how in a less formal – and less expensive – setting.

“I want to use my skills to make different, healthier ramen,” he says. “Everything is hand-made and we spent a lot of time getting the balance of the noodles right.”

As far as first impressions go, if today’s lunchtime run-through is anything to go by (“Looks like we’re ordering one of everything,” said my dining companion after eyeballing the menu), I’d say Lee and co made wise use of their time.

Ramen Lab’s opening menu features two kinds of house-made noodles, starting with the spaghetti-like Hakata-style wheat noodles. Thin and straight, these noodles are designed to latch onto the rich tonktosu (pork bone) broth synonymous with the Fukuoka district of the same name. The milky pork- and chicken-based broths are rich and unctuous in all the right places, although some might find some of the bowls a little under-seasoned (the tori-paitan bowl and its inspired addition of pureed corn, however, is a notable exception to this statement).

The other noodles on the opening menu are best described as a cross between soba (Japan’s indigenous buckwheat noodles) and udon (Japan’s thicker, chewier wheat noodles) and are deployed in two mazemen (soupless noodle) bowls. While there’s something very “abundance bowl” about the vegetable-loaded Killigram option, Broadsheet’s best-on-ground goes to the “old school” mazemen and its payload of minced pork, smoked fish, seaweed powder and poached egg. It’s got bite, it’s got savour, it’s got texture. If you’ve ever wondered what a Japanese pasta carbonara might taste like, wonder no more.

The thickly-sliced chashu is a lesson in porky deliciousness and is also available tucked into a pillowy steamed mantou bun. The lightweight takoyaki (octopus balls) figure among the city’s better examples. Unlike the standard accompaniments of kewpie mayonnaise and barbecue sauce, Ramen Lab’s versions (five to a plate) are seasoned with garlic aioli and Parmesan cheese. Traditional? No way, but it’s hard to argue with this level of deliciousness. Breaking with tradition is something Lee wants to do more of with tomato ramen and squid ink noodles among the future bowls he hopes to offer.

For now, he’s concentrating on fine-tuning Ramen Lab’s day-to-day. During its two-week soft opening, the restaurant will cap orders at 300 bowls per day so come earlier rather than later. It’s also worth noting that most of the tables in the restaurant are designed for couples so groups of three or more may have a longer wait than usual for one of the larger high-tables. Equally notable are the restaurant’s prices with bowls starting at $16.50. While this puts Ramen Lab at the pricier end of the ramen spectrum, keeping in mind the price of hand-made pasta (and the willingness of diners to pay said prices) helps put this likeable newcomer in perspective. 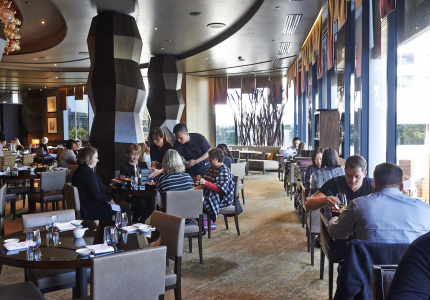