A man walks into a bar. And makes wine. 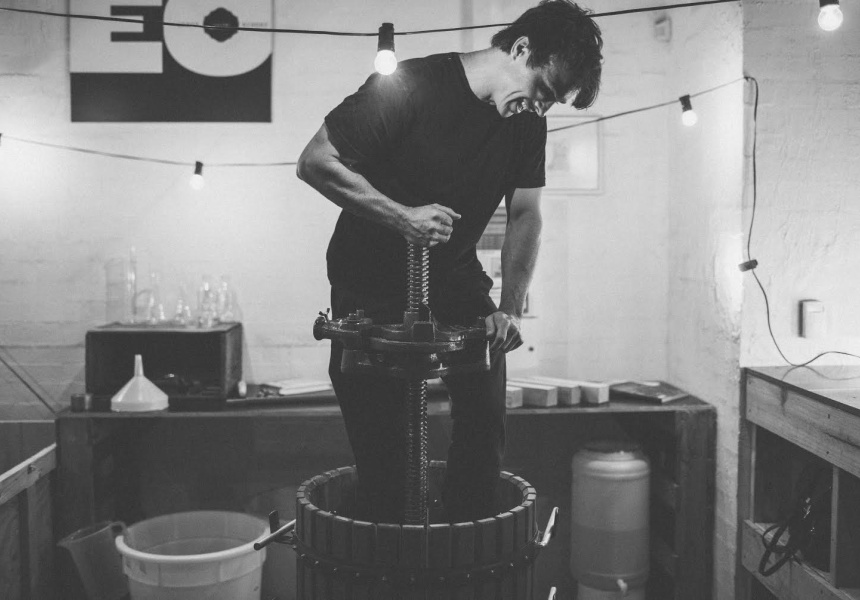 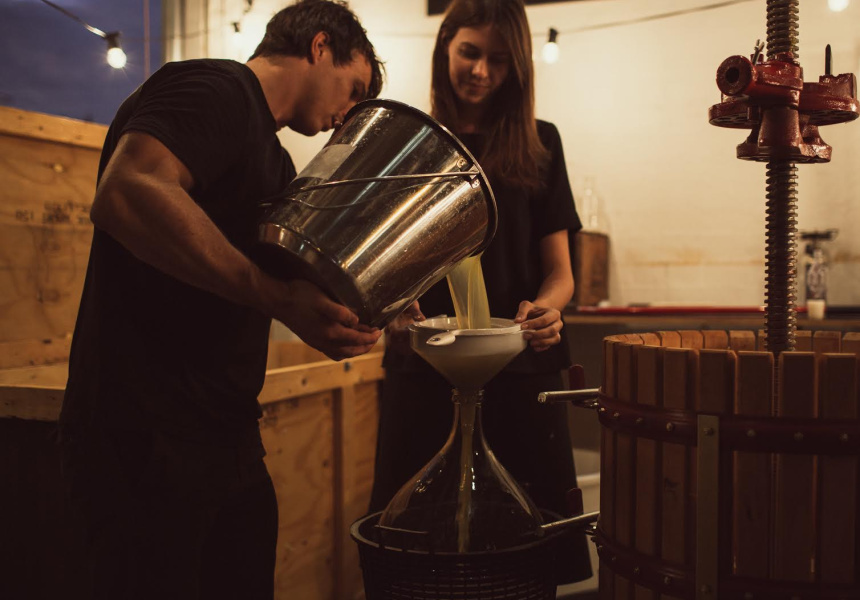 As part of the inaugural State Makers festival at the State Buildings, the winemaker at LAS Vino and Pierro will swap Margaret River for the Swan River as he sets up a pop-up winery – albeit a very small one – at Petition Wine Bar & Merchant.

Working with hand-picked nebbiolo grapes and an old-school basket press (a traditional winemaking device that will be instantly familiar to anyone that’s made wine in their Italian grandfather’s backyard), Peterkin will crush the grapes, leave them to ferment and, if all goes to plan, have a finished wine ready to go in a week’s time.

In addition to letting the public observe and get involved with the winemaking process, the pop-up winery allows drinkers to taste grape juice at various stages of the winemaking process, from straight out of the press (sweet) to part-way through fermentation (“breakfast juice” quips Peterkin) and, finally, a finished dry wine. Various LAS Vino wines will also be available for tasting and purchase at the bar, including a rosé straight out of the barrel, and a chenin blanc that was made last year as part of a similar exercise at The Mantle in Fremantle.

Setting up a micro-winery in the middle of a CBD wine bar isn’t without its challenges – while transporting equipment to Perth, the press and Peterkin’s ute ended up wedged under the roof of the building’s car park – but our man believes the reward outweighs the effort.

The LAS Vino pop-up winery at Petition Wine Bar & Merchant at the corner of St Georges Terrace and Barrack Street begins tonight and will run for a week or until the wine has finished fermenting.

Nic Peterkin will be at the urban winery from 4pm every day and will host a free Meet the Maker tasting on Tuesday April 5. State Makers runs until Sunday May 1 at State Buildings. Download the festival program of food, drink, fashion, art and wellness events at statebuildings.com.