The Leederville cafe expands west with a bigger menu and BYO dinners in the back half of the week. 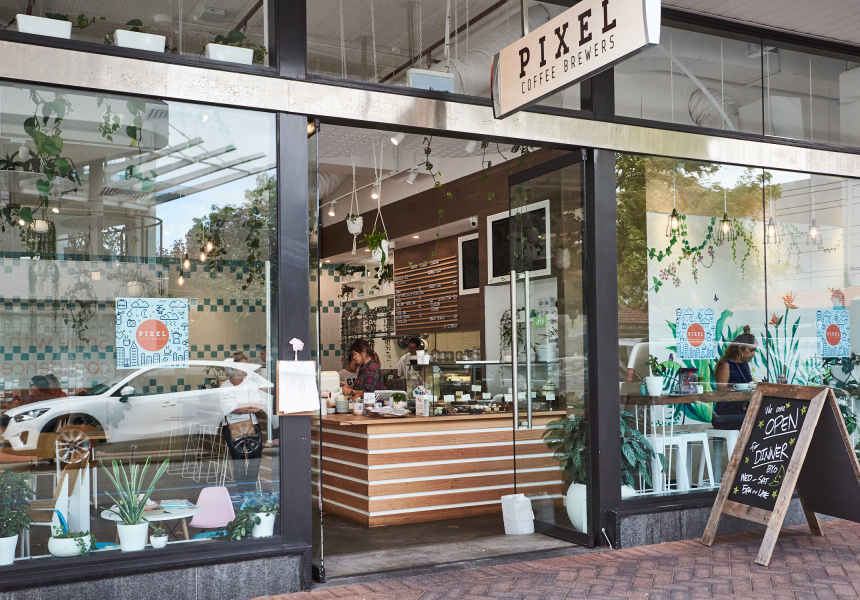 Leederville’s Pixel Coffee Brewers recently celebrated its fourth birthday – a testament to its new owners, who took over mid-2018 and stayed true to the cafe’s speciality coffee philosophy. For their next trick, Pixel’s new owners have opened a second venue, moving into the space left behind by Vietnamese cafe Mama Tran on the outside of Claremont Quarter.

The original Pixel was known as much for its vegan-, vegetarian- and gluten-free menus as its coffee, and its new owners have kept some of the old recipes but added more general offerings in both cafes.

“I took half the menu from Leederville to Claremont but added a little bit on top to make it different, more restaurant-style,” says head chef Charlie Thanh Nguyen, who co-owns the cafes with his sister Angela Nguyen and brother-in-law, Youi Vo. “Our brunch menu is equal parts vegan, vegetarian, meat and gluten-free.”

Both cafes brew beans from O’Connor-based Darkstar Coffee Roasters and are considered flagship venues for the brand. Darkstar’s CEO Marc Chandler says Pixel is one of the few Perth cafe groups willing to take risks and try new things.

“They understood they had a steep learning curve and some big shoes to fill, but they’ve been open to learning and have done a great job,” says Chandler. “They’ve maintained the basics but made changes to enhance the customer experience. The larger kitchen and dining area, plus dinners at Claremont, take the model to the next level.”

The Claremont cafe was the first in WA to install an Aremde Nexus One coffee machine, a state-of-the-art product designed in the Netherlands and built in Brisbane. From a customer perspective, it still makes coffee, but its see-through design is attention-grabbing and Insta-worthy.

“The installation of the Nexus coffee machine was one of the strategies to give customers the ultimate experience,” says Chandler. “Breaking down the barrier between the barista and the customers gives a new experience and a closer connection to the coffee.”

Claremont’s extensive brunch menu starts with avo smash, ends with a full breakfast and has plenty of bowls, eggs and brioche French toast in-between. Add house-made cakes and there’s something for everyone. A filter bar, Whistle Blower teas, kombucha, smoothies and alternative milks make for a comprehensive drink selection.

BYO dinners are exclusive to the Claremont venue and offered Wednesday to Saturday. Dishes range from crab cake and tacos in the entrees to burgers, pasta and Asian noodle for mains. High tea (pre-booking is essential) is available in the afternoons. 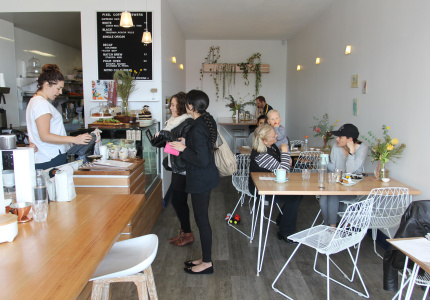 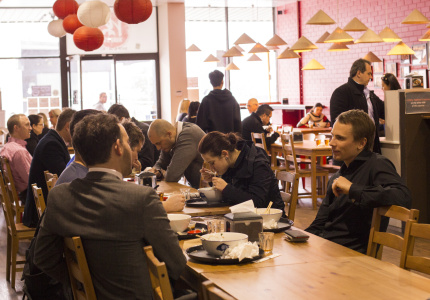