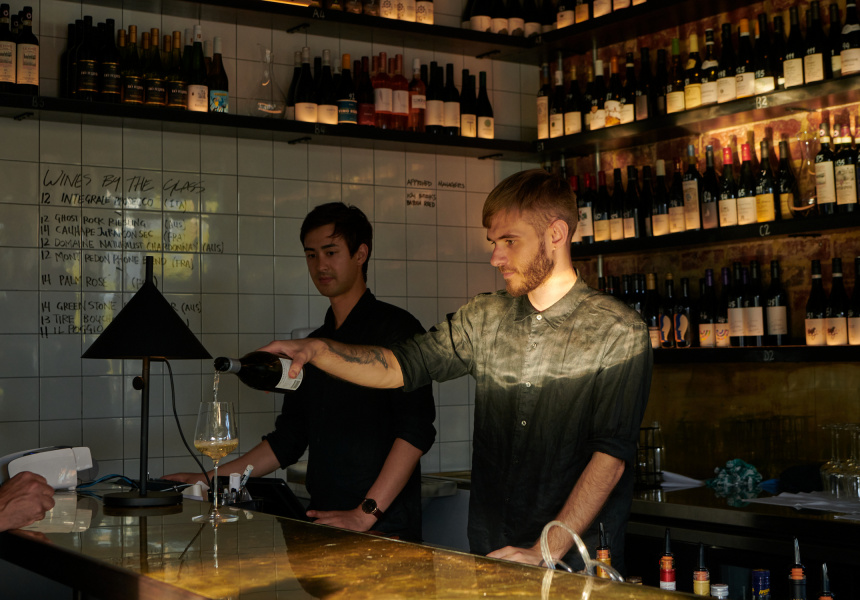 Some very good bars have opened in Perth in 2021.

Some are big. Some are small. Some are old favourites that have triumphantly reopened their doors. Some are so popular the Broadsheet Perth team hasn’t been able to get in yet for a look-see. Some even make their own booze. Taken as a whole – together with the watering holes we already love – they tell the story of a city with plenty to offer curious drinkers.

Republic of Fremantle
Although this ambitious distillery-bar opened in late 2020, we’re including it here because its opening got lost in the chaos of the festive season. While Republic of Fremantle spirits can be found across the state, they’re best admired at this sharply designed space where bartenders mix cocktails both classic and new-age. Great small plates round off a compelling package.

Vincent
Named for its location – you’ll find this fresh-faced bar in the City of Vincent – as well as the patron saint of winemakers (that would be Saint Vincent) Vincent was a smash the moment it opened this year. While the wine list is diverse, ex-Must head chef Andre Mahe brings Gallic flavour to the party with bistro classics and excellent charcuterie.

Clarences Company Store
Clarences, one of Perth’s first small bars, is back. The original space's layout has been retained, as has the soundtrack's hip-hop focus. There’s some New Orleans-style jazz on the playlist, and the Crescent City’s influence can also be tasted in the drinks, which focus on whiskey. The menu is a mix of small-plate favourites – beef tartare, duck liver parfait, fried chicken – and vegetarian options.

Running With Thieves
The evolution of South Fremantle’s drinking landscape continues apace with the opening of this insouciant brewery. Whether you’re here to drink, eat or get a lung full of sea air, this 1400-metre space comprises a bar, restaurant and a dedicated retail space selling alcohol and attire.

Albert’s
Goodbye The Stanley, hello Albert’s, a neighbourhood spot in Wembley that’s picked up where the former left off. While the look of the space has changed, the bar’s focus on comforting drinks and eats remains steadfast. Best of all, guests can still order a burger from Flipside next door and enjoy it in the bar.

Blue Room Bar
Once upon a time, the bar at the Blue Room Theatre was exclusively for guests seeing a show. Following a refurb, it’s now open to all: a good thing, at least for those impartial to accessibly priced wine and drinks as well as comforting toasties.

Palace Arcade
The video games might be vintage originals, but the Palace Arcade crew’s third (and biggest) opening is bang up to date. Exposed brick meets Tron-like lighting while the drinks take in everything from sharp cocktails to well-chosen whisky and wine. The XXL pizzas are still there, but they’re joined by an expanded menu of likeable eats.

St Brigid’s
Scarborough and Doubleview locals can’t get enough of their new local. Opened by the Bread & Circuses crew in the old Chinta site on Scarborough Beach Road, St Brigid’s is a study in nailing the basics. Build a handsome space (working with a trusted architect like Patrick Miller from Finespun doesn’t hurt), drop in a good bar and a kitchen overseen by veteran chef Kurt Sampson and they will come. 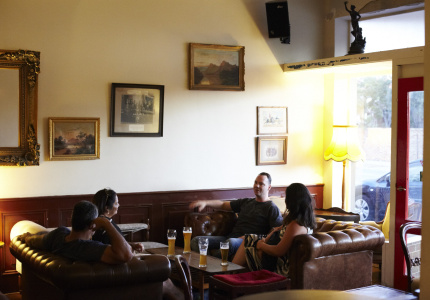