Some favourites reinvented themselves, and publicans continued to up the ante for neighbourhood drinking. 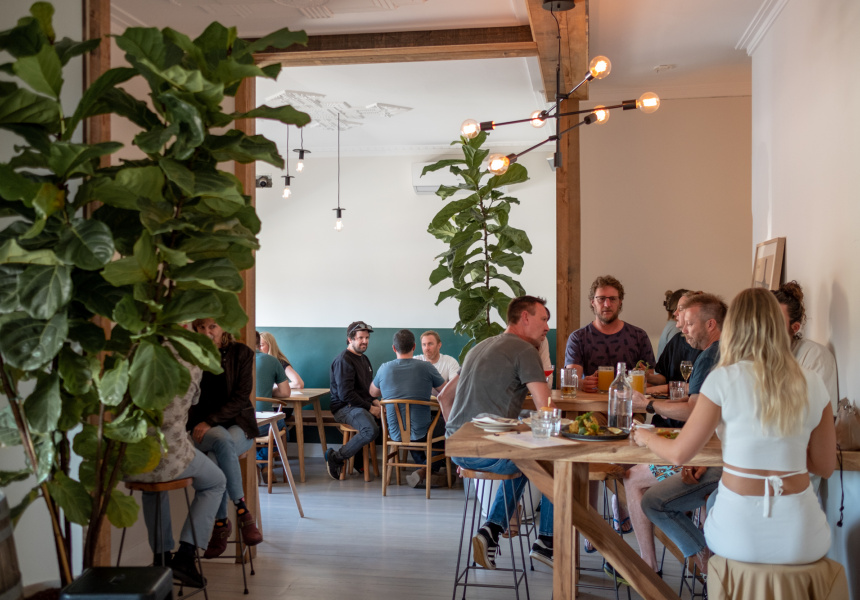 The publicans of Perth deserve a drink. They pivoted. They swivelled. They flipped. They embraced takeaway. They sold stock. They hustled and did what needed doing in order to navigate 2020 (relatively) unscathed. Some, unbelievably, have even dared to open new establishments. From raucous wine bars to new names in the burbs, this year’s list of best new bars has something for everyone.

Pooles Temple
When State Buildings, one of the flashiest food and drink precincts in Australia, turns its laser-like focus on the classic hotel bar, you know it’s going to be something special. Taking over the space that once housed Halford, Pooles Temple (named for the influential architect Perth George Temple-Poole) is a soignée spot where cool interwar decor (think gold and art deco fittings) is matched pound-for-pound with substance in the way of oysters, charcuterie, polished Gatsby-era drinking and live jazz.

Petition Wine Merchant
The reboot of State Buildings’ wine shrine elegantly refutes the whole if-it-ain’t-broke-don’t-fix-it notion. Petition Wine Merchant resurfaced post-Covid with more seats, more menu items and more grape-based fun, subtly shifting the space’s focus to wine bar while downplaying its wine-store credentials (although it’s still one of the best places to buy vino in Perth). Engaged staff are on hand to talk you through what’s pouring as well as the à la carte menu, which includes wine-friendly eats such as tartare, pasta and burgers.

The Galway Hooker
While the view of Scarborough Beach is pure Westraliana, this 380-person Irish pub is all about championing Gaelic drinking. The pub’s timber fittings – including some snug, discrete private drinking rooms – were built in Ireland and shipped to Australia, and staff demonstrate a serious commitment to pouring the perfect pint of Guinness. Beyond the country’s famous stout, you’ll find other Irish beers and a serious stockpile of Irish whiskies.

Foxtrot Unicorn
The vibe might be easy-going come-what-may, but Foxtrot Unicorn is an outfit staffed by bartending pros who sweat the little things. From the fit-out (an homage to old-school WA watering holes and drinking history) to the drinks list (expect great spirits, wines and beer), this basement bar encapsulates everything owner Dimitri Rtshiladze believes a good drinking spot requires. Molten toasties are the icing on a very likeable cake.

No Mafia
Anyone concerned that No Mafia’s move up William Street would affect the bar’s energy levels needn’t have worried. Perth drinkers – and eaters – have dutifully packed Emma Ferguson and Dan Morris’s buzzy bar, where high tables, walls covered with concert posters and an open kitchen happily coexist. As they did at the original, Australian and Italian wines dominate the drinks list.

Shelter Brewing
The scope of this 650-person all-day brewpub would be impressive anywhere, let alone at the foot of the jetty on the Busselton foreshore. As you’d expect from a joint venture between two fourth-generation local families, Shelter Brewing puts WA front-and-centre. Visitors can drink beer brewed on-site, as well as West Australian wines and spirits. And the beer-adjacent menu (with pizza, brisket and burgers) makes lingering for just one more all too easy.

Neon Palms
“We wanted to bring something fun to Perth,” says freshly minted publican Hayden Carter of his new venture with bartender Sasha Fagan. “We really wanted to create an atmosphere that makes it feel like you’re somewhere else.” At Neon Palms, a bar inspired by ’80s Miami, they’ve made good on their promise. The loud, throbbing space is awash in colour, sounds and guests making merry with two-toned pink-and-blue slushies. Brazilian chef Marcelo Kretzer contributes South American-leaning snacks –such as empanadas, ceviche and choripan (Argentina’s famous chorizo hotdog) – to the party.

Pep’s
Yes, that really is a bouncer at the door. At a neighbourhood wine bar. In well-heeled Peppermint Grove. It’s a detail that speaks to the popularity of this sharply designed space and pulpit for owner Charlie Galbally’s deep love of wine. The cellar could be subtitled “Now That’s What I Call Wine Drinking” and touches on the lo-fi and natural as well as emerging Australian winemakers.

Picabar
The reopening of Picabar might have dovetailed nicely with that of the WA Museum, but this is more than just a holding station. Everything we loved about the old Picabar – relaxed service, thoughtful drinks, comforting cooking (including the famous steak sandwich) – has been retained post-makeover. Bonus: brothers and co-owners Brian and Conor Buckley have done the place up beautifully and made the most of the building’s historic bones. 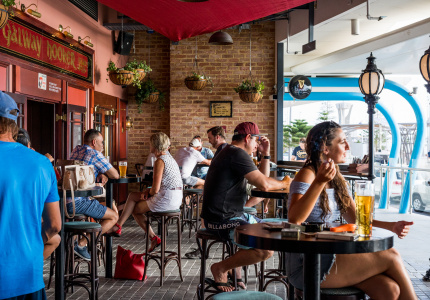 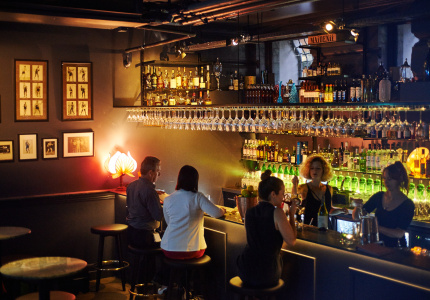