Drop by any night of the week for thoughtfully chosen wines, antipasti and a polished mid-century fit-out. 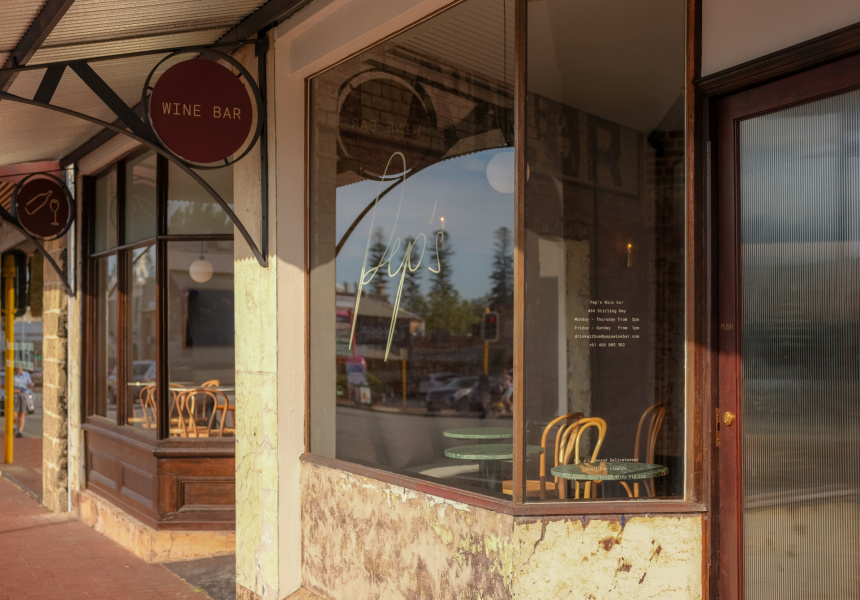 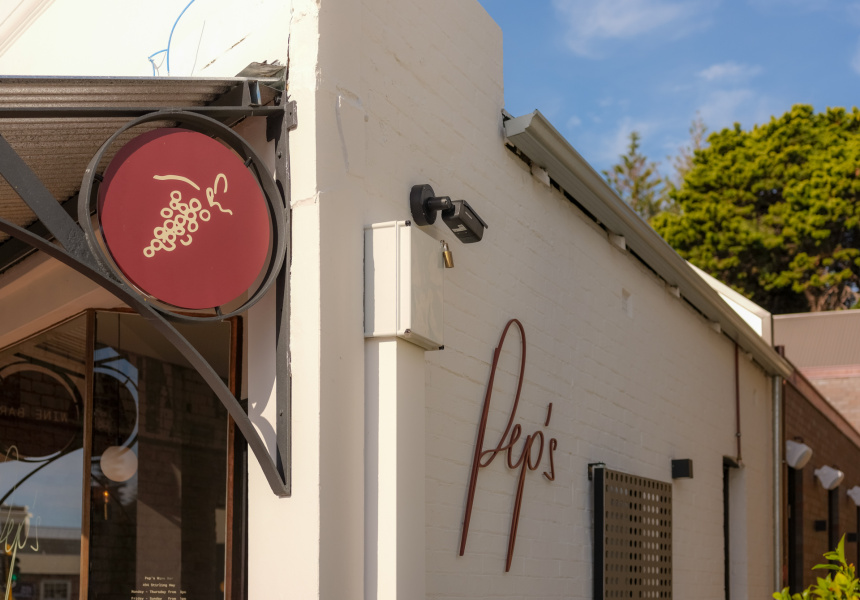 Although Pep’s is yet to finish its second full week of trade, the bar has already endeared itself to different sectors of the drinking public. Fridays, for example, have quickly become the domain of the post-work crowd. On Saturdays, all ages descend on the bar for everything from beer to spirits to wine (Pep’s primary stock in trade). On Sundays the crowd is similarly diverse, although there seem to be more locals among the mix. One thing that’s common throughout the weekend: the 100-person bar starts to fill from mid-afternoon onwards, so arriving early is a smart move for would-be revellers.

“I couldn’t be happier,” says co-owner Charlie Galbally of the bar’s first 10 days in business. Together with his wife Natasha Galbally, he ran Swanbourne cafes The Daily Grind and The Other Side, but recently got out of coffee to focus on wine. “It’s far surpassed anything I had expected. The team’s just built incredibly well under the pressure they’ve been under.”

“People have been really keen to try different wines under our guidance,” says Charlie.

Eating and drinking aside, the space’s thoughtful design and mid-century furnishings are another draw, as is the seven-night trading: a non-negotiable when you open a neighbourhood bar that aims to be an upstanding member of its community. Charlie hopes to see more of this around Perth.

“Covid has created an environment for people to be able to investigate what’s in their own neck of the woods,” says Charlie. “The more we can have of these [small neighbourhood bars] out there, the better. Big beer barns are great for a Sunday afternoon, but for the discerning drinker who just wants to be in a casual environment, those places don’t fit. I’d urge all councils to get on board and support it because it’s great for the community. The patronage is suggesting that they’ve been wanting this for a long, long time.”