Come for brewery-fresh beer, stay for food from an ex Restaurant Amuse and Wildflower chef. 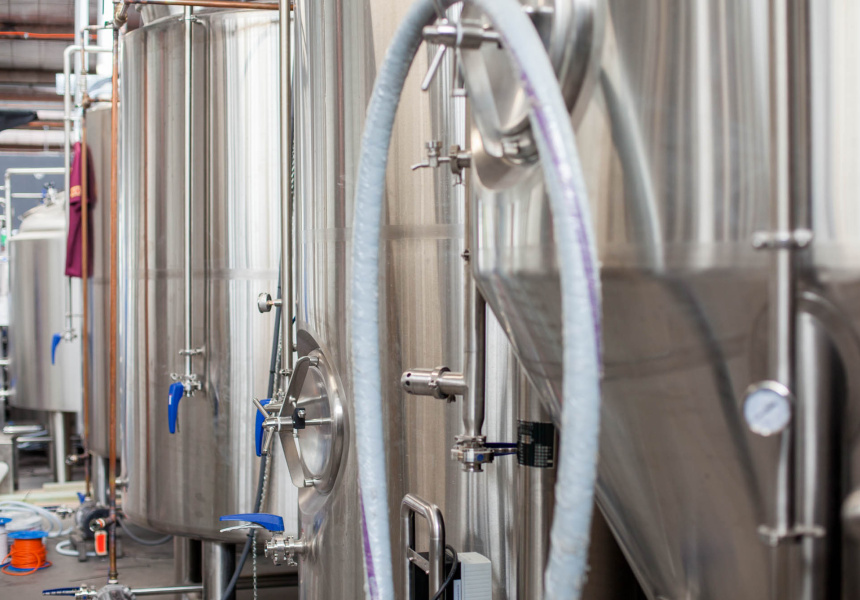 “Our vision is stupidly simple,” says Reece Wheadon, the almost-publican behind the almost-open brewpub, Nowhereman Brewing. “We want to be somewhere great for people to hang out and drink amazing beer and eat amazing food.”

As far as mission statements go, the premise behind Nowhereman Brewing is wonderfully to-the-point – if only the brewpub’s five-year journey from idea to opening was as straight-forward. Yet despite the project’s various setbacks and delays, Wheadon remains upbeat. Rather than dwell on the past, he’s looking forward to the future and celebrating all things West Australian at his 160-person venue.

“The focus at Nowhereman is local,” he says. “We’ll make the best local beer. We’ll only stock local wines and local spirits. Our chef is making sure we have as much local produce as possible on the menu. We want to showcase what we think is the best and the best, no matter where you are in the world, is pretty much what’s in your local area.”

In addition to sourcing local food and drink, Wheadon has also recruited plenty of local talent to help him make Nowhereman a success.

Paul Wyman, late of Margaret River’s Colonial Brewing, signed on in December as brewer. The core Nowhereman range will feature five beers – hoppy, malt-driven, yeasty, mid-strength, dark – and a seasonal specialty. In addition to the main bar (overseen by former Little Creatures and Norfolk Hotel bar manager, Matt Shiel), a smaller beer tasting bar will allow drinkers to chat with Wyman about all things beery. Takeaway beer sales will be also be available.

Running things in the kitchen is Matthew Sartori, a former member of the kitchens at Restaurant Amuse and Wildflower and frequent Fervor conspirator. Despite his fine dining backgrounds, he’s keeping the menu simple with cheese, charcuterie, pizza and other share- and beer-friendly dishes. Initially, the kitchen will stock local cured meats and cheese but Sartori hopes to begin making his own in future.

Nowhereman Brewing opens at the end of July.