“But seriously, the Old Synagogue bar in Freo has a long, secret 2-way mirror above urinals for men to covertly watch women as they walk to and from the bathroom.” 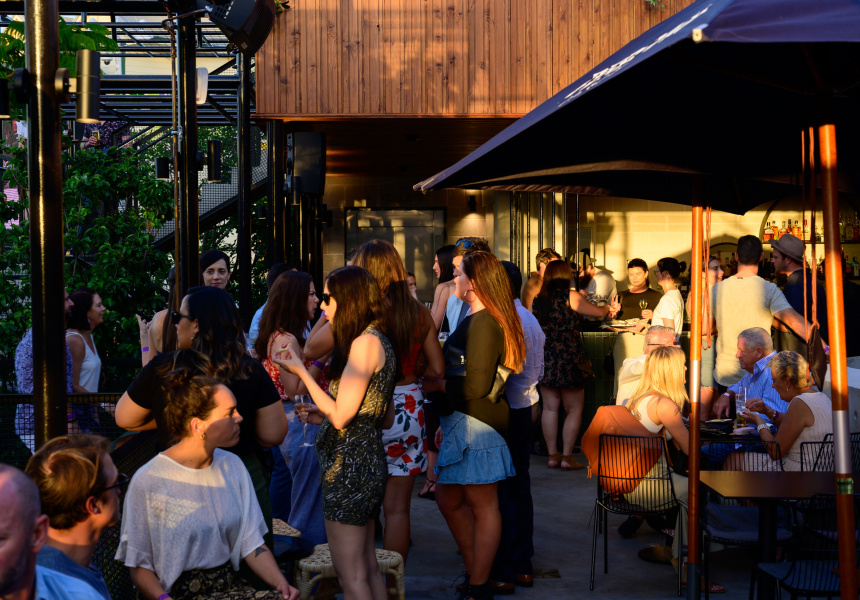 Fremantle food and drink precinct The Old Synagogue has announced it will cover up a two-way mirror in one of its male bathrooms after a social media post by a guest earlier this week.

In a since-deleted tweet posted on Monday afternoon, Melbourne-based LGBTQI+ campaigner, author and executive director of change.org Sally Rugg shared a video of herself in front of a two-way mirror outside of a male bathroom in the venue. After recording herself in the mirror, she proceeds to walk into the male bathroom before the short video clip ends.

“But seriously, the Old Synagogue bar in Freo has a long, secret 2-way mirror above urinals for men to covertly watch women as they walk to and from the bathroom,” Rugg tweeted. “How fucked up is that!?”

Following the tweet, and a subsequent email from Rugg to the operators, the venue has announced the mirror will be permanently blocked.

In her email Rugg says: “Spying on women, via cameras, GPS trackers, and mirrors such as the one you’ve installed in your venue is classified as non-physical forms of violence and specific abuse known as coercive control. By building a vantage point for men to watch women without their knowledge, while women are about to use the bathroom and men are literally holding their dick, you are normalising and encouraging covert surveillance of women to every man who uses your bathroom. And you send a message to every woman who comes to the old synagogue that her privacy and dignity is not respected on your premises, and that you see us as objects to derive entertainment from."

In an email statement to Broadsheet, a spokesperson for the venue said “The mirror was installed over 18 months ago when the venue first open[ed] and it was never covert and had been signed off by all relevant authorities in WA.” (The venue would not specify who those relevant authorities are or be drawn on further questions, including who was behind the idea for the two-way mirror.)

The email also says, “The window looks into a corridor used by all patrons … the entrance to the girls [sic] toilet is further down the corridor.”

When Broadsheet visited the venue today, the mirror – which is directly above the urinal – had been covered with black tape on the bathroom side of the glass. A vinyl decal will be placed over the mirror on Friday to permanently block the view.

For guests using the urinal, the two-way mirror is at eye-level and offered sightlines into the corridor. According to a spokesperson for the venue, the mirror is a design feature that was installed so men in the bathroom could view the colourful mural across the corridor. Although the entrance to the female bathroom is further down, Broadsheet understands female patrons regularly line up in the corridor. Via social media, some guests mentioned that they used the mirror to check make-up and hair and were not initially aware that it was a two-way mirror.

After removing sections of tape to test the transparency of the dark glass, Broadsheet found visibility of the corridor is dependent on the position of the adjustable light fixtures in the roof of the corridor. Well-lit parts of the corridor were clearly visible by those using the urinal.

Update: after 24 hrs of dialogue with the Old Synagogue owners, they’ve covered the two-way mirror above the men’s urinals and asked me to publish this statement from them.

I’ll leave the interpretation and satisfaction of this statement up to you all✨ pic.twitter.com/kEO8QnqNRw