Get a made-to-order Reuben, chicken katsu sando or eggplant parmy, and eat it across the road at picturesque Jackadder Lake Reserve. 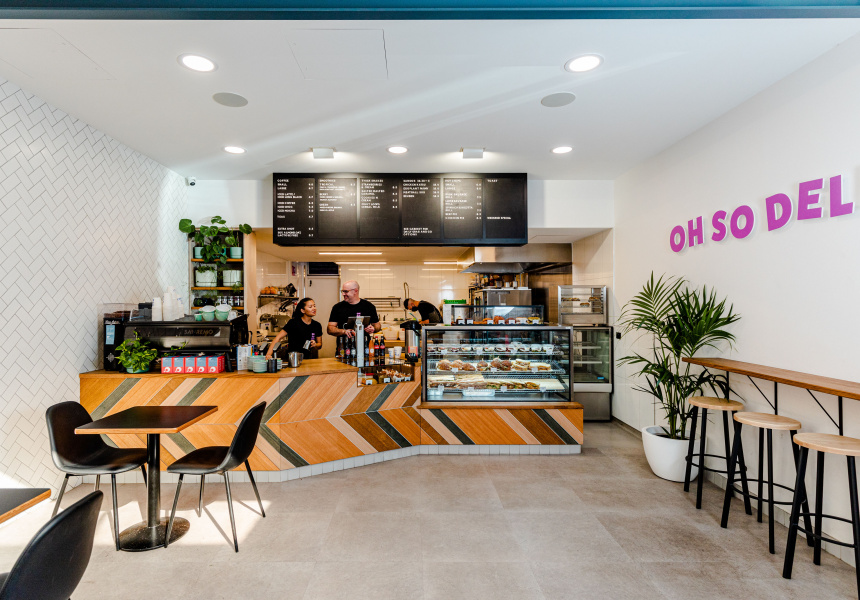 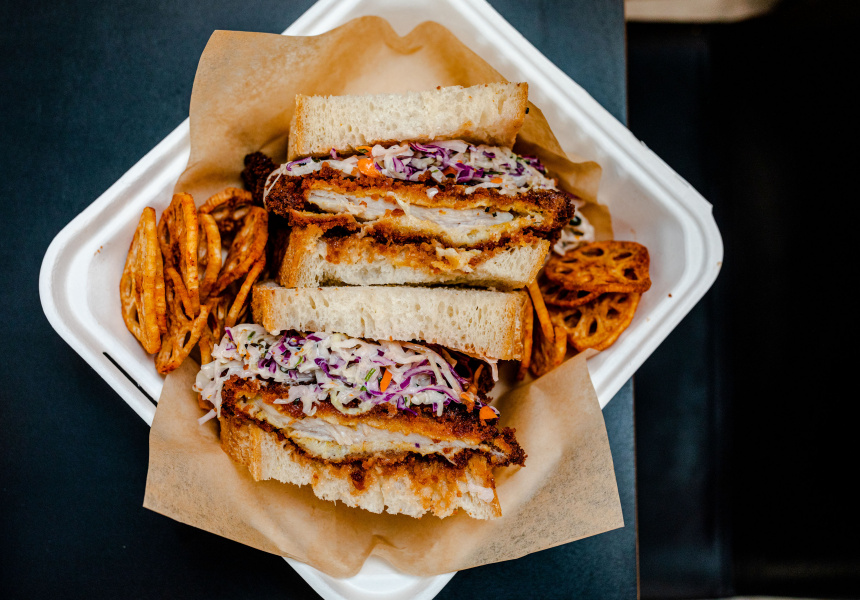 For those unfamiliar with Woodlands Shopping Centre, Oh So Deli might be tricky to find the first time you look for it. (It’s inside the shopping centre, opposite the Farmer Jack’s, and is in the shopfront between the newsagency and bakery). But for those in the local area, the space has long been something of a destination.

“For a long time, this was the Village Patisserie which was an important pillar of local community,” says Oh Hi Deli owner Joel Lutz, a former manager of Offshoot Coffee, who struck out on his own earlier this year. “When we took over, we had people come by almost every day and go, ‘Make sure you keep doing the chips and thick shakes. Everyone loves coming here for the chips and thick shakes.’”

Those chips and thickshakes are still on the menu, although now the chips are hand-cut using royal blue potatoes and the thickshakes are made using Golden North ice-cream from South Australia (where Lutz grew up) and come in non-standard-issue flavours such as salted caramel and Fruit Loop milk cereal (yes, it’s exactly what it sounds like). Fancy hot chips and thick shakes are just two examples of the elevated approach the new owners of Shop 8 in the shopping centre are taking towards servicing the community.

When it opened in February, Oh So Deli initially offered takeaway sandwiches and baked goods that were either supplied by Mary Street Bakery or pre-made using Mary Street Bakery breads and croissants. (Joel: “I wanted to maintain that relationship with [owners of Offshoot Coffee] Mary Street Bakery). Now that it’s won over local customers, the cafe is preparing to move onto the next phase of its opening strategy: made-to-order sandwiches.

Initially, chef Will Yardwood (Soho Lane, Print Hall) will offer guests a menu of four classic made-to-order sandwiches that, like the fries and thickshakes, demonstrate little kitchen flourishes. The chicken katsu sando, for instance, features an oversized, fried-to-order chicken cutlet and a Japanese-style slaw spiked with orange zest – a riff on the Japanese chilli condiment, togarashi – and comes served with fried daikon chips. A house-made confit tomato jam sits at the heart of the vegetarian eggplant parmy and the meatball sub served on a hoagie roll from local Italian bakery Il Granino (which comes with an antipasti mix to the side). The Reuben is packed with corned beef and a house-made Russian-style dressing. Freshly made sandwiches are available daily between 10.30am and 3pm with Yardwood looking forward to rotating through a host of weekend specials.

He also applies his chef’s thinking to the toast menu. Toppings include orange, mascarpone, berries and honey. And avocado with whipped feta, pickled beets and candied grapefruit. There’s a similar exactness to the coffee offering too with local roaster Timely Coffee (Lutz is a partner) supplying the beans.

While the 11-seat cafe is best described as cosy, the shopping centre is across the road from Jackadder Lake Reserve, a calming lake and parkland that has all the makings of an ideal picnic spot. In the same way Chu Bakery customers frequently cross the road to enjoy their purchases at Hyde Park, Lutz envisages Oh So Deli serving a similar role. 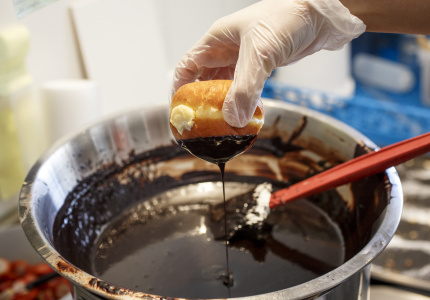