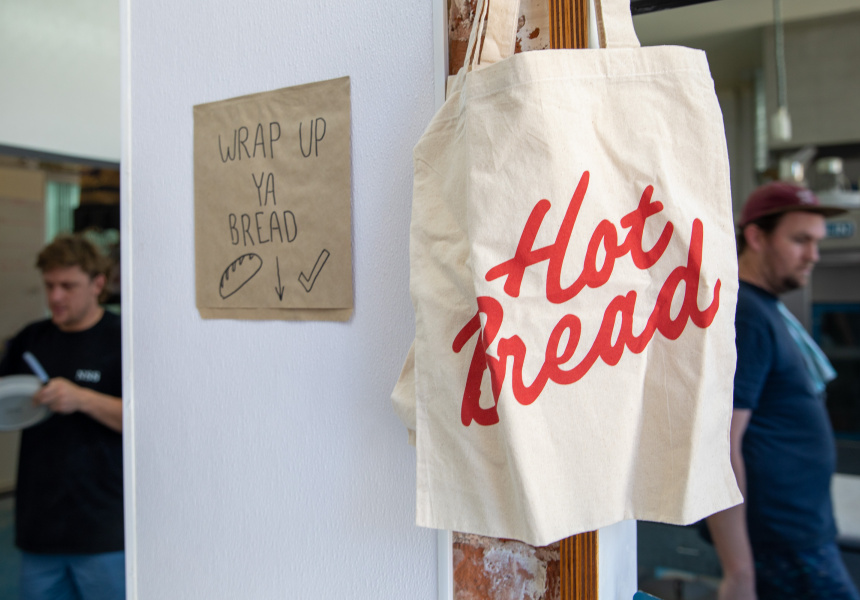 North Street Store has taken the Perth bread scene by storm since opening two years ago. At this year’s Perth Royal Food Awards it won four gold medals, two champion awards for its baguettes and was declared “most successful bread exhibitor”. You’re likely to encounter a queue whenever you visit its Cottesloe corner store.

So it came as no surprise when owners Lachlan Bisset and Craig Stewart announced they were building a new bakery – in North Fremantle – to help cope with demand. Things haven’t happened quickly enough, though, so they’ve opened South Fremantle’s Little Loaf Bakery in the interim.

“We ran out of space in a big way so we moved the bakery here,” says Stewart. “It’s a working bakery with a bit of retail.”

Located in the old Wild Bakery premises, around the corner from pizza restaurant L’Antica, Little Loaf is a truly blink-and-you’ll-miss-it joint. You’ll wonder if you’re in the right place, but behind the tiny retail frontage is a substantial bakery.

The shop is self-service, which is entirely appropriate for its size and location and helps keep costs down. A selection of cakes, pastries and continental rolls make an appearance alongside the store’s legendary bread. For sweeter options the strawberry tarts, cinnamon scrolls and vanilla slices are hard to resist. Karvan coffee is offered in two different batch brews.

“Tray cake is something we’ve been doing recently. It’s dead simple,” says Stewart. “You can take a whole bunch home rather than it being a really expensive thing.”

Despite the demand for North Street Store’s products, the wholesale arm of the business was intentionally held back until extra space became available. “We’ve been keeping a lid on it just to get North Street running perfectly,” says Stewart. “We’ve been trying to get through all the craziness, and now we want to run professionally.”

Little Loaf will continue to operate when the new bakery – named Big Loaf, naturally – opens in North Fremantle in the middle of next year.