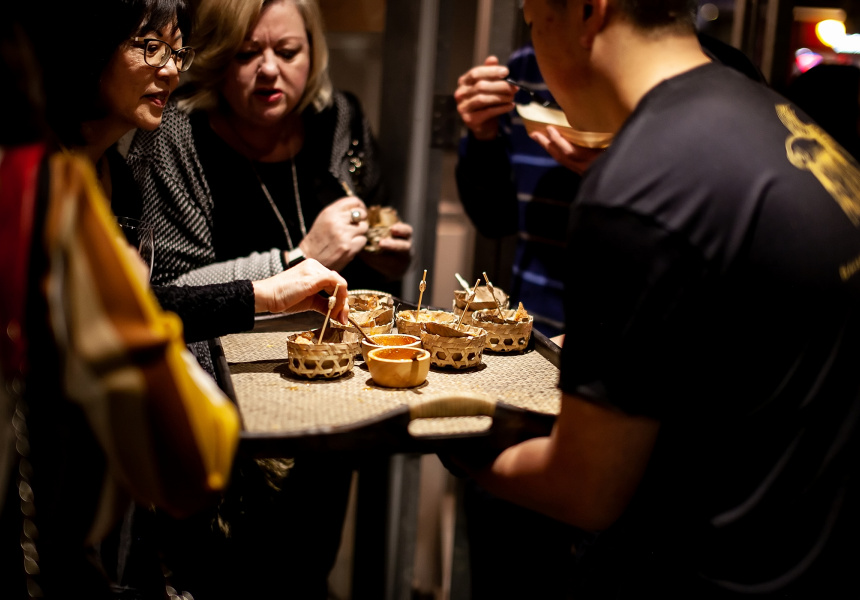 The last five years have been a wild ride for team Jump Street, seeing an expansion (Bangkok Jump Street’s pre-prepared meals are now available at supermarkets and gourmet stores), personnel changes (of the original founders, Dao and Punchita are the only two remaining) and, naturally, plenty of time at local markets and outdoor events. For the next chapter in the Jump Street story, the duo has opened Baan Baan, their first permanent restaurant.

Taking over the former Old Crow site on Newcastle Street, Baan Baan (baan means home in Thai) sees the Thai street food that Jump Street’s reputation was built on and raises it with regional Thai cooking and dishes from the owners’ childhoods.

“We're trying to show people [Thai cooking] isn’t just tom yum or pad thai,” says Dao. Although she developed the restaurant's recipes, the former graphic designer turned Siamese food entrepreneur will split her time between both kitchen and front-of-house. “There’s much more in Thai food that we eat at home. The taste is really simple and uses fresh ingredients to make beautiful dishes. If you cook everything by heart, the taste will come and people will recognise the quality.”

So while Jump Street’s famous grilled pork skewers and roast pork and crackling salad – moo bing and larb, for those trying to expand their Thai vocabulary – have made it onto the Baan Baan menu, these signature dishes are joined by newcomers such as crisp crab meat rolls (deep-fried tofu skin parcels with Shark Bay crab and water chestnut); savoury fish custard wrapped in banana leaves and grilled (a cool riff on the Thai classic hor mok, which is usually steamed); and nam prik, the northern Thai dish starring raw vegetables dipped in a chilli relish.

That whole fish stuffed with herbs and grilled in banana leaf? A memory straight out of Dao’s childhood growing up on her family’s fish farm. It’s a deep menu, and one best tackled with a broad sampling. The drinks package is equally considered and stars spice-sympathetic wines (from WA, mostly), cocktails and beers.

The restaurant’s aesthetic speaks to Dao’s sharp eye and past life as a creative. Subtle splashes of colour – stained glass features, cute and colourful flowers in glass bottles on tables – beautify the space. Indoor plants and dark timber contrast with the room’s off-white walls. A giant mural of Siamese fighters serves as a focal point.

As to the future, Dao will be offering monthly specials and is looking forward to serving sweets such as khanom jin, or fermented rice noodles. True, the tyranny of distance means dishes won’t be exactly the same as what you might find in the Thai kingdom, but Dao hopes that won’t deter anyone from coming into her new baan.

“I know there are some ingredients we can’t find, but I try as hard as I can to leave the dishes as authentic as possible,” she says. 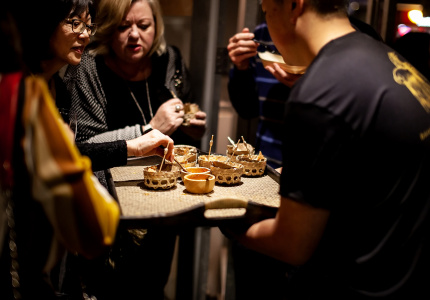