The quirky croissanterie is turning out sweet and savoury creations, including Hainanese chicken-rice and smashed avo in pastry form. 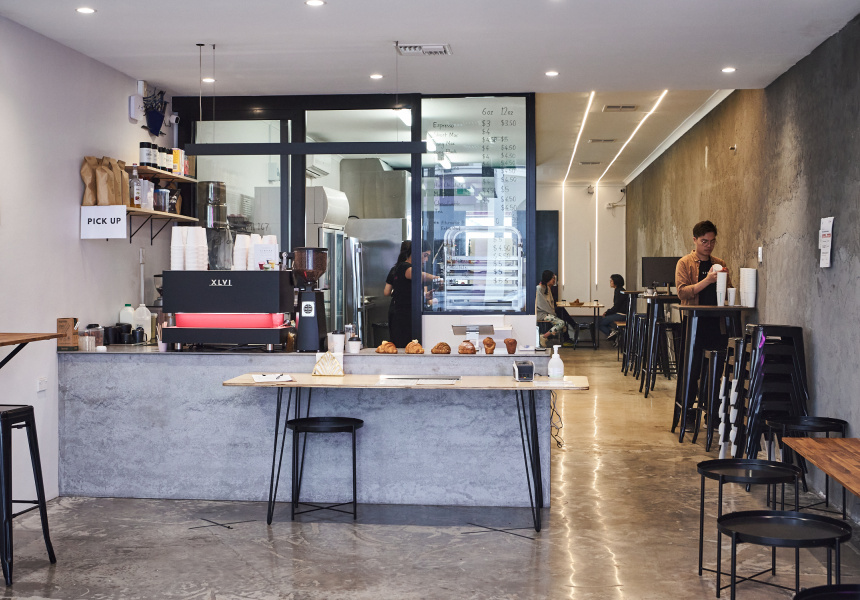 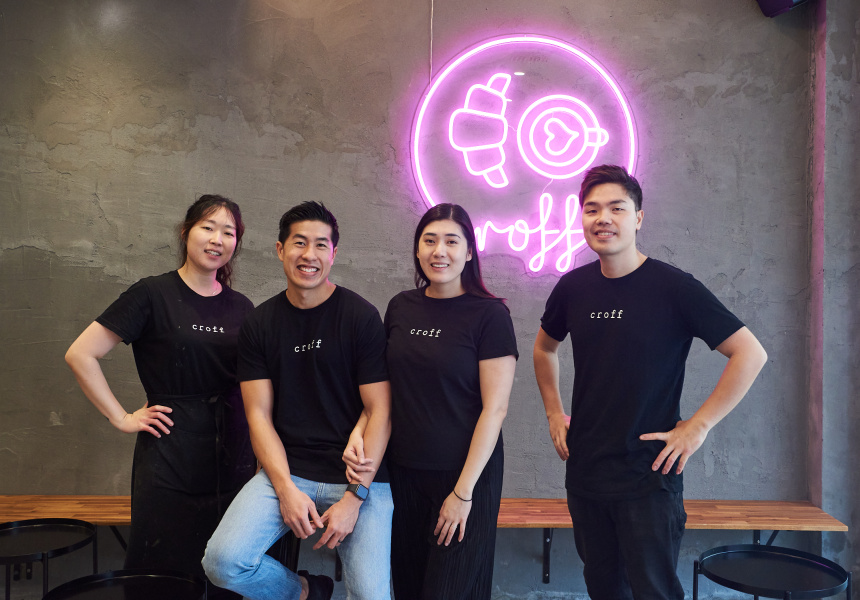 When Giselle Sim left her accounting job in Sydney to move to Perth to be with her now-husband, Harold Bong, she found herself with time on her hands. A keen, self-taught baker, she decided to focus on her long-time love: croissants.

“I just had a passion for it,” she tells Broadsheet. “Croissants are difficult to perfect and I’m very hard on myself. When you get older, you realise that you do what’s easy and comfortable. But it’s not sustainable because that’s not what makes you happy. You try and find the joy and happiness that will keep you going for the rest of your life.”

After months of home-based research and development, the couple opened slick new croissanterie Croff Bakery on Barrack Street in January. Without a huge budget to play with, they purchased second-hand equipment and renovated the former Hot Star fried-chicken joint themselves.

“We bought used equipment on Gumtree and refurbished it ourselves,” says Bong, who still runs his own engineering company alongside Croff. “There were a lot of lessons learnt. We had to learn how to use the equipment. I started Youtube-ing how to polish a concrete floor, how to render, how to install lights and how to fix furniture.”

Perhaps beating the odds for a new business, Croff has managed to stay open during the last few turbulent months. It certainly helps that the business model is geared towards takeaway.

“In a way it’s been a blessing in disguise,” says Bong. “We did quite well during the transition period. We had plans to put the business on hold because there weren’t enough customers on the street, but people had no choice but to come to us. This was a time when we could show off what we’ve got.”

While Croff’s minimalist industrial design and glass-walled kitchen will draw comparisons with Melbourne croissant-heavyweight Lune, the couple also drew inspiration from San Francisco hotspot Mr Holmes Bakehouse – right down to the neon signage – which they visited on their honeymoon.

Sim’s buttery, flaky pastry holds its own against the city’s best, but the sweet and savoury fillings are Croff’s point of difference. Alongside the classic almond and chocolate options are Asian flavours – such as pandan, beef rendang and the Saturday-only durian – and versions inspired by Aussie favourites such as smashed avo. There’s also coffee from local roaster Crema.

Singaporean-native Sim develops new flavours for monthly specials – her recent take on Hainanese chicken-rice was a croissant stuffed with chicken, chilli sauce and a crisp arancini patty. It’s also worth checking out the “croissant loaf” – a ham-and-cheese croissant-sandwich hybrid.

The couple has resisted the urge to deviate from croissants, despite requests for cafe staples such as banana bread. “We understand that we’re niche, but there isn’t anywhere else that does what we do,” says Sim. “We’re a croissant specialist house … we should keep to what’s true to us.”