Ninth and Merchant to Open in Inglewood

The top of Beaufort Street is getting a new neighbourhood restaurant and bar. 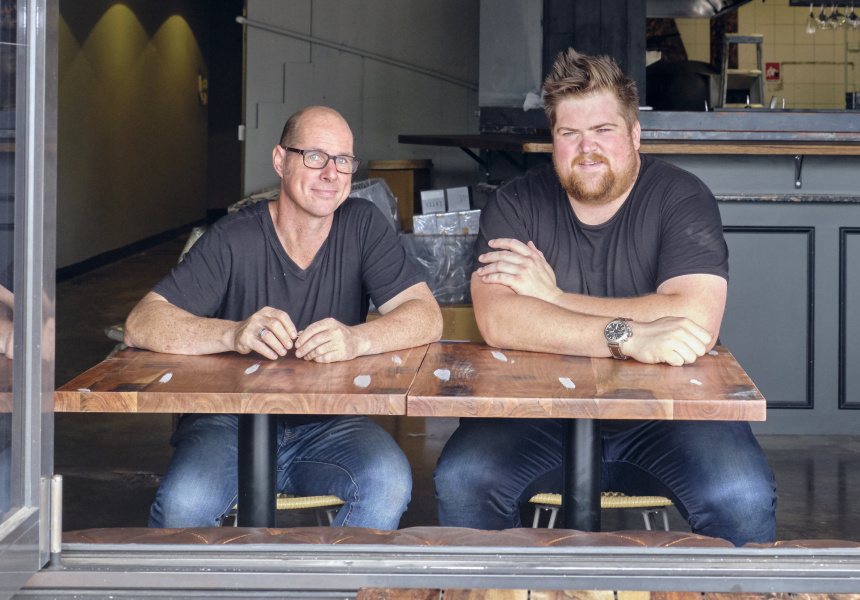 Nathan McQuade and Navarre Top at Ninth and Merchant. Chef Navarre Top and restaurant manager Nathan McQuade opened Blake Street Merchant in September 2017 and quickly established the neighbourhood eatery as a player in the Perth brunch space (that outstanding sourdough, we think, has something to do with its strong standing). Their second restaurant, Ninth and Merchant, opens this week in the old Miss Kitty’s Saloon space on the corner of Ninth Avenue and Beaufort Street.

“Our focus is still breakfast and lunch – that’s what we do really well,” says Top. “Light, bright and fresh for lunch. We want to have things that everyone knows but with a point of difference: dishes that you’re not going to see on every brunch menu.”

Dinner service will launch next year with a focus on woodfired cooking in the pizza oven inherited from past tenants. The menu will feature share plates of protein and vegetables along the lines of whole fish, lamb legs and wood-roasted eggplants with burnt miso and togarashi. Smaller plates and snacks, such as ceviche and beef tartare on fried nori, will also be on the menu, as will Blake Street’s popular steak frites and Top’s communal feasting approach.

“Our menu philosophy has never changed,” says Top. “It’s the same as Blake Street and every other restaurant I’ve ever worked in. I like share food, it’s what we do. We’re not a three-course restaurant. No one does that in 2018, share your damn food.”

Daily fresh-baked sourdough, as it is at Blake Street Merchant, will also be a feature at Ninth and Merchant.

“We’ve got the facilities at Blake Street to produce a lot more,” says Top. “We’ve been working over the last three months on how to increase production. We’ve kept the Merchant brand because that’s what we are, just in different locations.”

Ninth and Merchant will have more of a booze focus than Blake Street, owing largely to the bar-like layout of the space. Craft beer will be available on tap. The wine list will be larger too, partly due to Top’s confession to being a “natural-wine freak”.

“It’s not a Dan Murphy’s list but there will be some commerciality about aspects of it,” says McQuade. “We want to build a list that’s interesting, memorable and works with our food. There will be a focus on gins and good scotches.”

The coffee is from Five Senses and barista Henry McAlpine (formerly of La Veen and Churchill’s) is managing the coffee and tea program. Alfresco dining will be available along Ninth Avenue and Beaufort Street for 150 diners: a considerable jump in size compared to Blake Street.

“At Blake Street we are unashamedly a suburban, neighbourhood venue,” says McQuade. “We want to bring the same sort of feel over here but it will be a different sort of sizing and, to a point, a different offering.”

Ninth and Merchant opens on Thursday December 13, 2018. The restaurant will originally operate during the day, with dinner service to begin in January from Wednesday to Saturday, and on Mondays when the Inglewood Night Markets are on. Dine and Drink in Your Own Private Glasshouse at Brookfield Place