Lyrebird Distilling Company bottles the smell, taste and spirit of the bush. 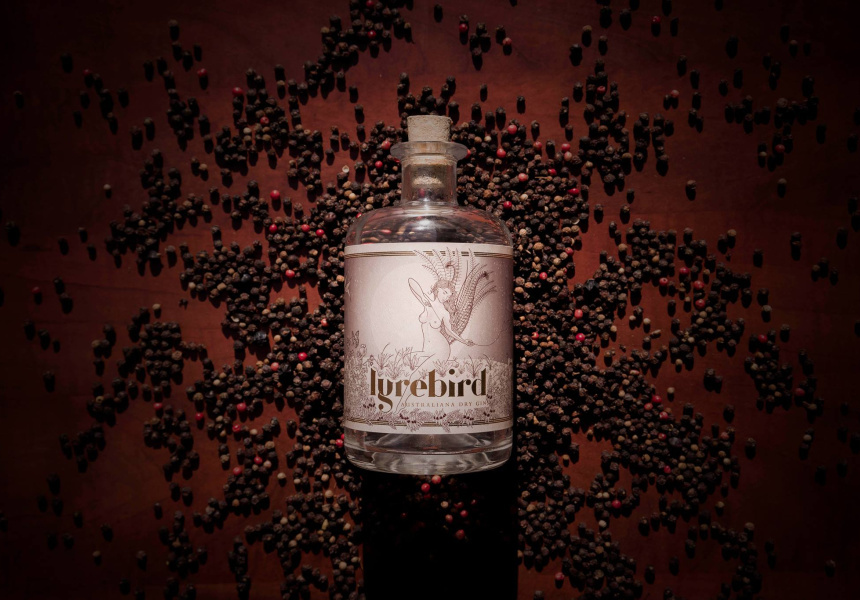 “The lyrebird mimics its environment, and that’s what we wanted to do,” says Angus Rawson. “We wanted to mimic the aroma and the flavour of Australia.”

He and business partner Hugh Lumsden were working at Adelaide bar 2KW when they were seduced by the romance of gin. “What caught me was the history and complexity of it,” says Rawson.

The pair’s own Lyrebird Australiana Dry Gin is distilled out of Red Hen Distillery and gives the European classic a bush twist. The first batch is limited to 160 bottles and a limited quantity will also be available online.

They’re not the first to venture down this track. There’s been a resurgence of local distilling, with a crop of experimental gins launching in the past couple of years, some to international acclaim.

“Most have one or two or three Australian botanicals thrown in there,” Rawson says. Lyrebird uses only native ingredients, save for two.

Something Wild – a greens, game and meat store at the Adelaide Central Market that’s majority-owned by Indigenous Australians – was a prime resource for acquiring experimental ingredients. The boys also took their search to the streets and bush tracks. “If we saw a native plant we knew of, we’d pick it and smell it and taste it to help us understand its flavour profile.”

With bunches of native flavours and a few basic recipes, they set to tinkering. Distilling itself is not a lengthy process. “Depending on how much alcohol you use, you can get a few litres per hour,” Rawson explains. “It comes out at about 90 to 92 per cent alcohol, so you have to let it rest [for about a week] to see how the properties will balance out.”

Switching traditional ingredients for similar, indigenous ones lead them to Lyrebird’s distinctive profile. It took some tweaking. “Something like lemon myrtle has eight-times the citric quality of [commonly used] lemons,” says Rawson. The result is an unmistakably nostalgic ramble through the Aussie bush.

“It’s got a bold, floral start and a long, lingering finish from the native thyme,” Rawson explains. “There’s a high oil content from boobialla – which is like a native juniper.” Lyrebird also uses wattle flower and Angelica root for earthy, woody notes and strawberry gum for sweetness.

“It really does remind us of when we were teenagers, hiking through the bush or on surf trips down the coast. It’s a 20 minute walk from the car park to the waves through the scrub, and this is just like that,” he says

The packaging is similarly striking. Devised by new design-collective-of-sorts, Myth, it “plays into the idea of alcohol having a long history of creating magic in the world,” says Rawson. The image of a woman with a lyrebird tail throws back to a popular 1920s (prohibition era) Australian aesthetic. She is stripped back – quite literally – to become one with her surrounds. “All the plants have been hand-drawn based on photos from our hiking trips,” explains Rawson. “We wanted this all to be a bit of fun, but also have class and elegance behind it.”

Rawson recommends serving Lyrebird with a good quality tonic water and a garnish of lemon and strawberries.