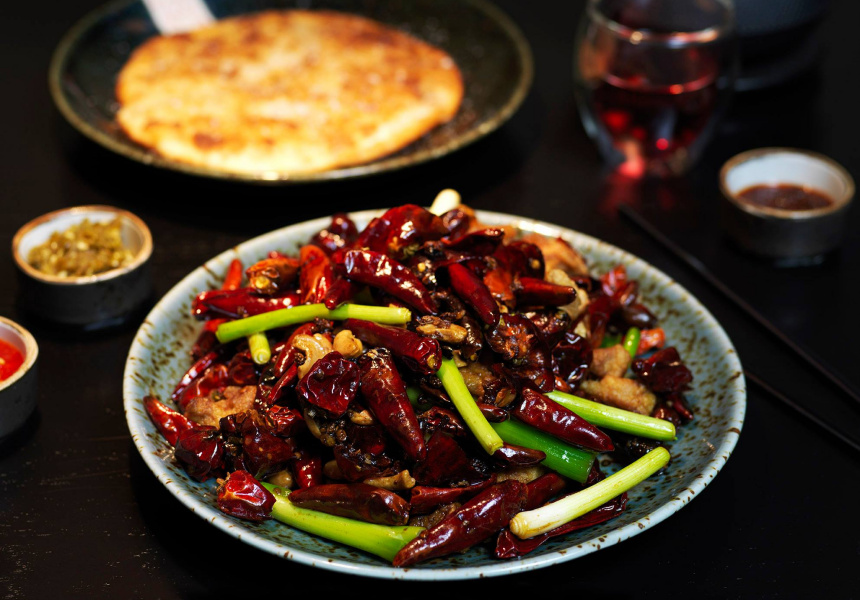 Spice Temple is popping up at Rockpool Bar & Grill

Since opening in 2009, Sydney’s Spice Temple (and its Melbourne satellite) has helped introduce Australian diners to the food and flavours of China beyond the ubiquitous Cantonese staples. In August, Perth gets its chance to taste what the fuss (and spice) is all about when Neil Perry brings his temple of regional Chinese cooking to Crown Perth.

From August 16 to 18, Spice Temple will take over Rockpool Bar & Grill during lunchtime, serving a comprehensive à la carte selection of the dishes at its east-coast outposts. (Bar & Grill’s regular luxe steakhouse service will resume for dinner). More than 30 dishes will be making the trip across the Nullarbor, including handmade dumplings galore (hello pork and prawn siu mai; crystal dumplings with mushroom and Warrigal greens; barbequed pork puffs; and mackerel and ginger potstickers), small plates (including the famous Sichuan-inspired spicy chicken wings, seen on the Bar & Grill bar menu for a short spell in 2016), and larger dishes including Jiangxi-style steamed snapper, pipis in XO and fried noodle, and the dramatically-named “fish drowned in chilli and Sichuan pepper”.

“I know a lot of Perth folk are frequenters of Spice Temple in Sydney and Melbourne, so I hope they’ll be excited about the pop-up,” says Perry.

Considering Rockpool Bar & Grill Perth can seat more than 200 guests – more than either of the Spice Temples – one suspects the kitchen will have its work cut out during the takeover. Spice Temple's suite of cocktails inspired by the Chinese Zodiac will also be available during the pop-up, as will a 100-bottle edit of the Perth wine list: think off-dry riesling, juicy reds and other wines that play nice with spice.

The big question: Does this mean Perry might be opening a Spice Temple out west? The answer, as it so often is, is maybe.

“We’d love to [open Spice Temple in Perth],” he says. “We’re certainly coming over with some of the Rockpool Dining Group brands. Spice Temple is on the radar, but it’s all about finding the right site.”

Spice Temple takes over Rockpool Bar & Grill Perth during lunch service August 16 to 18. All sittings are booked out but there will be 60 seats reserved for walk-in diners on each day.