Superb wood-fired pizza is just the start at this suburban diner. 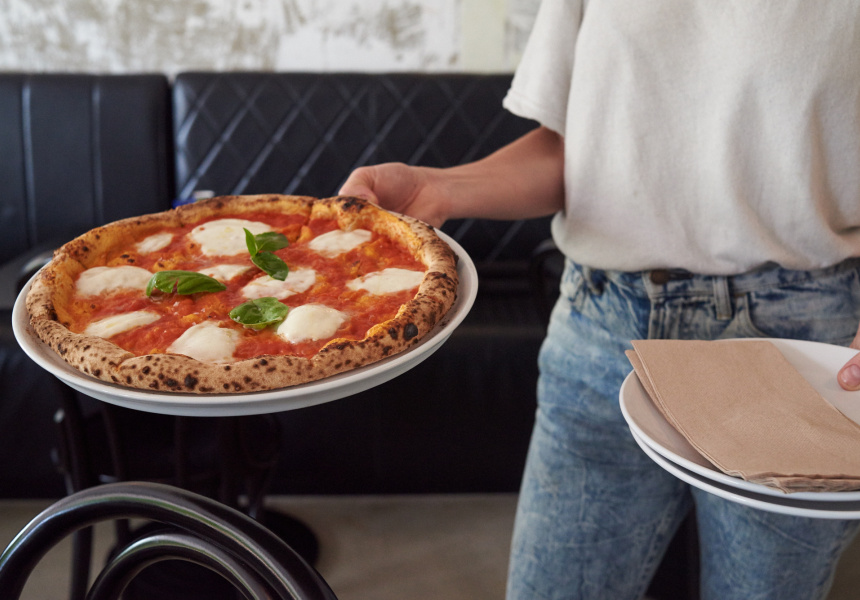 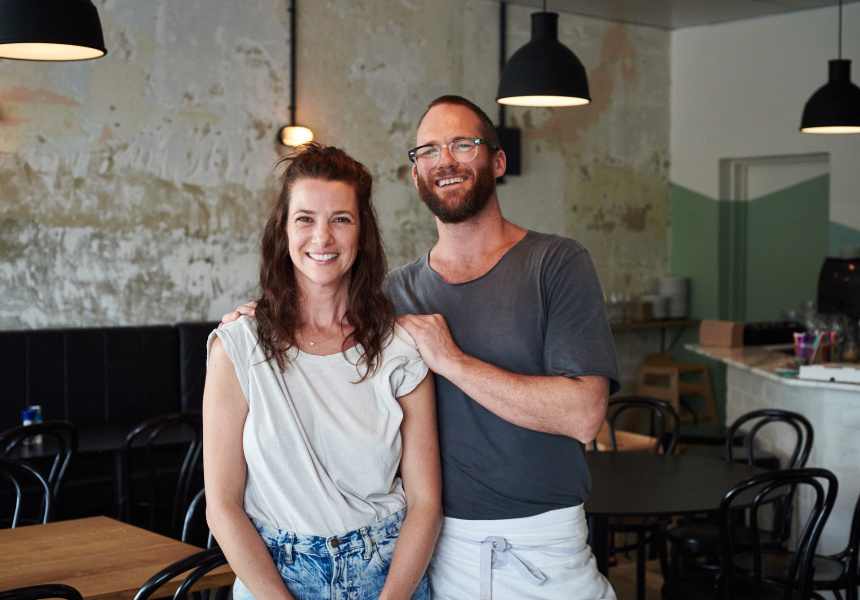 The world would be a better place if there were more suburban pizza joints like Monsterella. Sparse of decoration, loud of volume, this white-walled room is casual but effortlessly stylish. It’s also somewhere that caters to the whole family, from the offer of BYO to supplying textas and colouring-in (menus and pizzas boxes) for the kids. For owners Tania Nicolo and Ryan Bookless, it’s all about creating a fuss-free neighbourhood destination for all.

Monsterella nails a lot of the pizza-making basics. The dough is a mix of flours and fermented for at least 48 hours to develop both taste and texture; the ingredients bench stocks multiple cheeses (fun fact: the restaurant’s name comes from the way Nicolo and Bookless’s daughter, Mila, said “mozzarella” as a two year old); the pizzas are scantly topped and quickly baked in a hot, wood-fired oven. Having said that, the menu isn’t so bogged in tradition that diners can’t order pies with lamb, smoked salmon and – avert your eyes, purists – pineapple. Unlike the typically saucy Naples-style pizza traditionally eaten with a knife and fork, Monsterella’s pies are sturdy enough to be eaten with fingers.

“We love the flavour of the Naples-style pizza, but the texture is too sloppy,” says Nicolo of Monsterella’s crisp, gently pliable bases. “We’ve kind of done a Naples-Australia style and tried to find a nice balance.”

While the pizza is wholly deserving of its top billing, there’s plenty of joy to be found in the rest of the carte. The brief edit of pastas features a truffled pappardelle carbonara; spaghetti with kale and spinach pesto; and that American red-sauce classic, spaghetti and meatballs (remember, this is a pizzeria unashamedly serving “authentic” family Australian-Italian cooking). Nicolo’s mother – affectionately known as Mama Maria – makes the handmade pasta daily. Arossticini (dainty lamb skewers) are a juicy, smoky nod to the Nicolo’s Abruzesse heritage. The family’s homegrown produce stars in seasonal specials such as the caprese salad, an artful arrangement with alternating layers of sweet, ripe tomatoes and creamy rounds of buffalo mozzarella.

“Whatever’s happening in the garden is reflected in the seasonal dishes,” says Nicolo. “It’s nothing ground-breaking, just back-to-basics, peasant food. Where we can, we’ll grow it and serve it.”

Desserts, however, are outsourced, although considering Chicho Gelato supplies the frozen treats, this isn’t a bad thing. Pizzas come in both small and large sizes and gluten-free bases are also available (small only). Monsterella does takeaway and delivers within the local area.