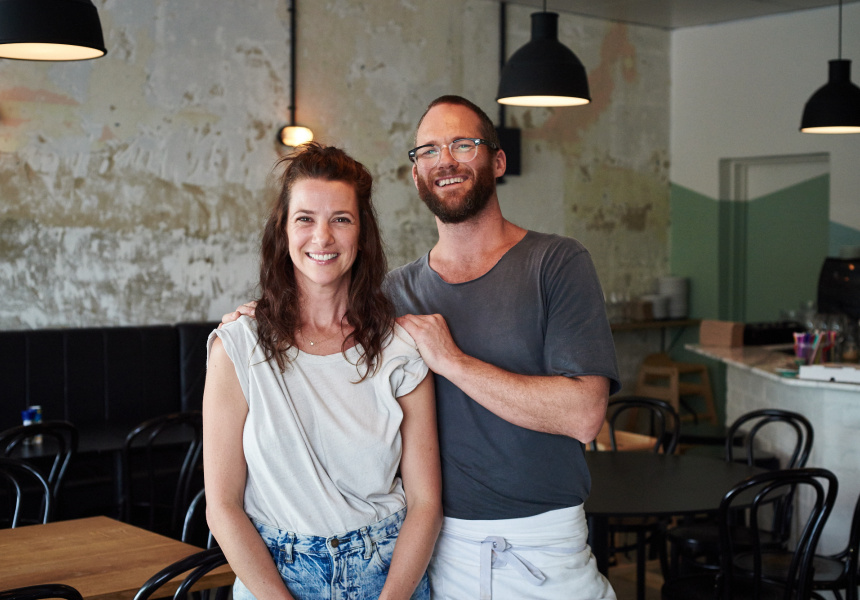 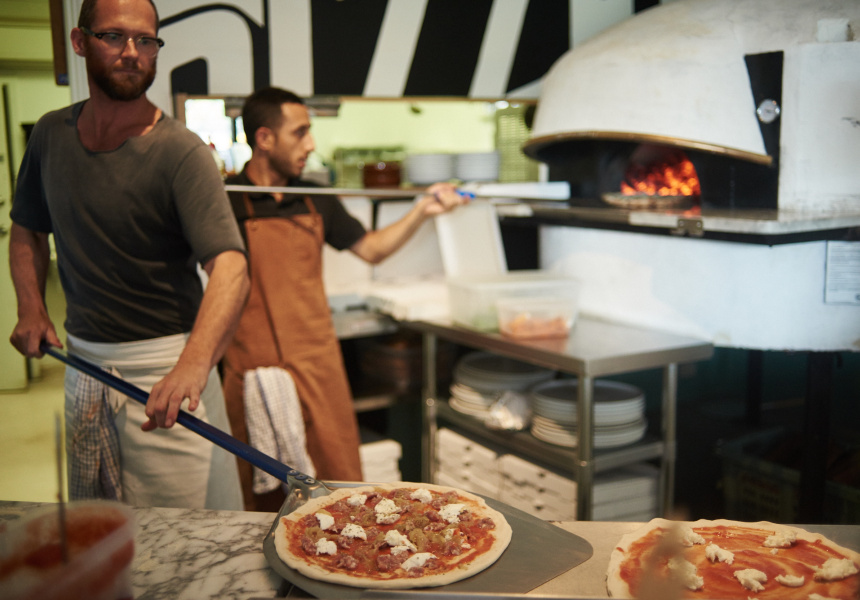 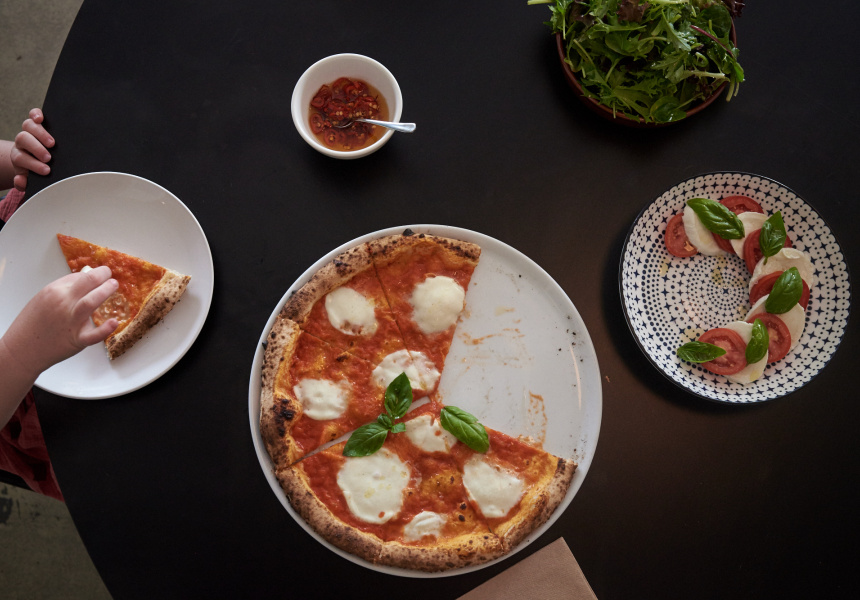 Wine bar. Pasta joint. Waiting room. Standalone destination. Mummucc’ [MA-mooch], a 60-seat small bar from Monsterella Pizza will be all this and more. And like the mothership, the expansion has ties to the family tree of Monsterella’s husband and wife owners, Tania Nicolo and Ryan Bookless.

“Mummucc’ means mother in Abruzzese and was what everyone would call my grandmother,” says Nicolo about the name of their new venture. (Monsterella, as many of the restaurant’s regulars will be aware, was how two-year-old Mia pronounced “mozzarella”). “My grandmother and grandfather were the original market gardeners in the Wembley area. When all the guys would be working at the garden, she’d bring them lunch and they all called her mummucc’. As far as I can remember, she was always feeding people. The bar is our homage to her.”

As tender as this story might be, Nicolo and Bookless also have practical reasons for branching out into bar ownership. When the couple opened Monsterella in late 2016, they had no idea what a runaway smash it would be. The family-friendly restaurant hums Monday to Sunday and, on a busy night, the hard-working kitchen shapes, bakes and serves more than 300 pizzas. Finding a holding station for guests became a priority, albeit one that had to wait till the swimwear store down the road became available.

While Mummucc’ will serve as a waiting room for Monsterella, Nicolo and Bookless want it to be an attraction in its own right. Although impatient guests can order pizza from Monsterella and eat it there, Mummucc’ will also have its own food offering. Italian food fans will be thrilled to hear that the small bar will not only serve pasta handmade by Nicolo’s mother Maria, but that “Mama Maria” will make specials such as agnolotti, ravioli, tortellini and lasagne that will be exclusive to Mummucc.

“A lot of people come [to Monsterella] for the same thing because they want the pappardelle,” says Nicolo. “They don’t even look at what the pasta special is. Up there, we’ll be able to introduce guests to different, well-priced dishes. We want people to walk out and say that was good, that was value for money.”

The rest of the menu will be overseen by Monsterella chef Matt McDonald and feature simple, drinks-friendly snacking along the lines of cold cuts, fresh bread and, to put it in Nicolo’s words: “simple, home-style food that you can’t get anywhere.”

To drink, expect uncomplicated Italian-style cocktails, a cellar stocking wines that are Italian, natural and local, plus local craft beers on tap. Aesthetically, the bar will stick to the same Italian-Australian-suburban dress code as Monsterella and include terrazzo, table seating and an al fresco area.