A Delicious Aussie-Born Sour to Drink This Summer Mike Bennie has a multifaceted LinkedIn profile, and now he can add “beer-maker” to the list.

“It’s a sour lager, or something like that, so expect a lighter, fresher, zestier expression of sour beer with almost zero influence of malt or hops flavours,” Bennie tells Broadsheet. “It’s all about the nervous vitality you can expect from wild-ferment beer – it’s got lemony scents, whiffs of nuttiness and grain and some faint spice. It’s mostly about grape-fruity tang and subtle grain flavours.”

Foudre #1 was made in Sydney’s Marrickville, in collaboration with Topher Boehm of Wildflower Brewing & Blending – an brewery in Sydney's inner-west known for producing wild-fermentation (or wild-yeast) beer, or sour beer. The ancient style of beer-making results in a brew that’s often described as “puckering”, “acidic” and even “barnyard” in its flavour profile. (Read more about sours here.)

But Bennie says while “it sits in the ‘sour beer’ spectrum, it’s way more approachable than many [beers] of a similar ilk, meaning it can slip between being [good for] session drinking, dinner tables – where it really comes alive – or for legs-dangling-in-swimming-pools times.”

Foudre came about after a chat Bennie had with Boehm. Bennie says he was inspired about Boehm’s knowledge of fermentation and “ambitiously” asked for a corner of the brewery to work on his own projects. He sourced from Tyrrell’s a couple of 2400-litre foudres (large wooden barrels used traditionally in winemaking) – one for each of them to use – and they set about creating a “unique, smashable style, a la Aussie lagers”, says Bennie.

It’s Foudre #2 Bennie is most excited about though. He says it will be very distinct, with only Tasmania’s Two Metre Tall showing similar expressions.

The process for making Foudre #2 is not standard – it’s slow and long, and sees the beer naturally fermented in open vessels before being put in the foudre to rest. Wildflower’s commune of living yeasts, harvested and cultured from regional New South Wales were used to make it.

“It shows some pretty wild characters in its transformation,” says Bennie. “Indeed, this is more a ‘grain wine’ than a beer in some respects, and the whole process will likely take 18 months before it sees bottling. 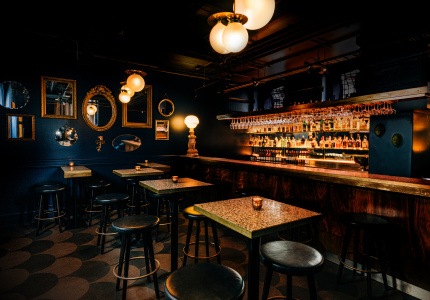