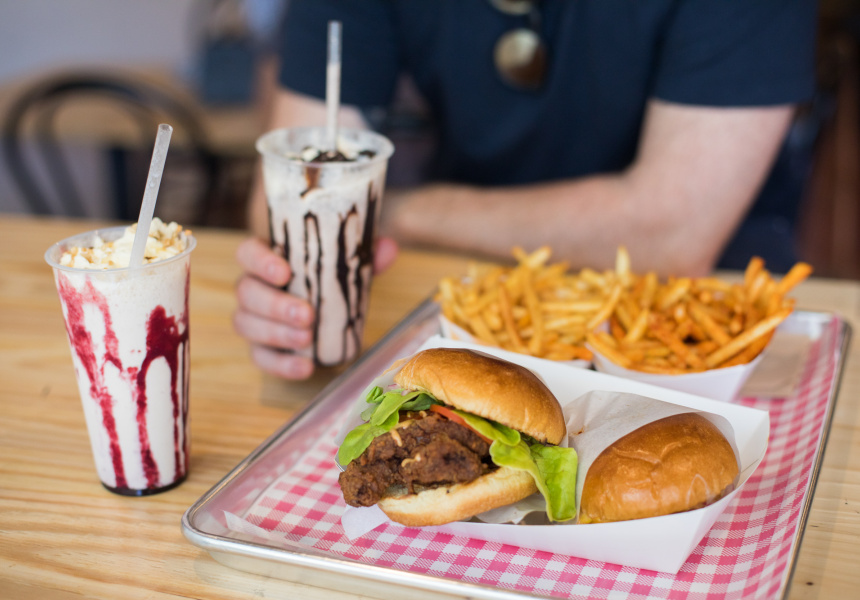 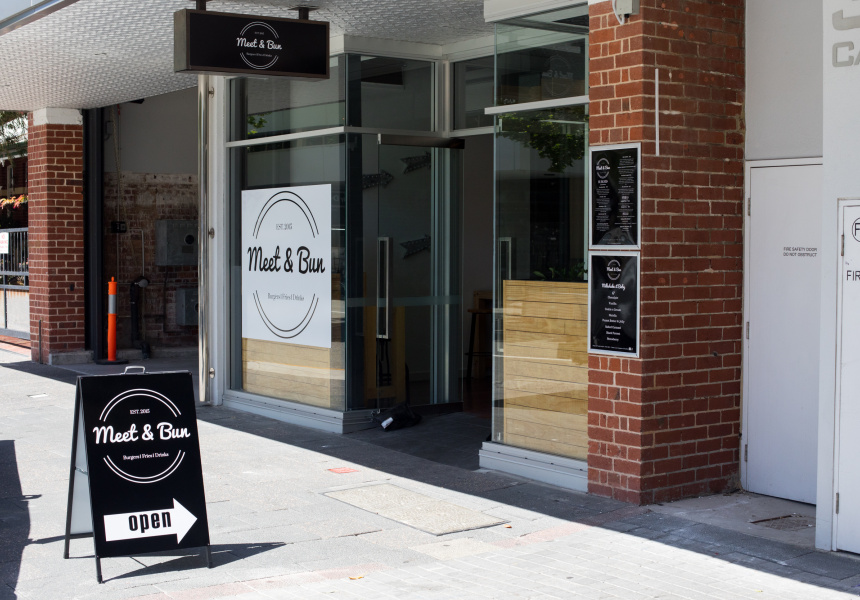 Meet & Bun’s new Fremantle restaurant takes the formula that made its Trinity Arcade pop-up a hit and applies it to a permanent 80-seat venue. Drawing inspiration from American burger chain Shake Shack, Meet & Bun has endeared itself to burger lovers with its consistently pink and juicy burgers cradled in soft brioche buns.

“We’re the first in WA doing proper frozen custards,” says owner John Pavlos. “We’re hoping that people will have the real desire and like for it.”

“We’ve got five core flavours,” says Pavlos. “Customers have the opportunity to add whatever flavours they want. We’ve got peanut butter, M&Ms, Oreos, Nutella, strawberry jam: pretty much anything that would go well with ice-cream, we’ve got it.”

The base vanilla and chocolate custards will be flavoured with salted caramel, and fig and pistachio.

The Freo menu features Trinity Arcade favourites including burgers with chicken and crumbed portobello mushroom. A Philly cheesesteak will be offered soon, and loaded fries are another new addition.

“A couple of places do them, but they’re not nailing it,” says Pavlos. “The cheese never gets to the bottom.”

Despite Meet & Bun’s success, Pavlos continues to strive for a better burger. Currently working with a Greenwood butcher on nitrate-free house-smoked bacon, experiments are continuing to perfect a local version of the pillowy Shake Shack bun.

“We’re working with a baker who made a potato bun,” say Pavlos. “We don’t want you to fill up on the bread, the meat and the condiments are our big star.”