“Insecurities are amazing fuel, but one day you just say actually, I’m done.” 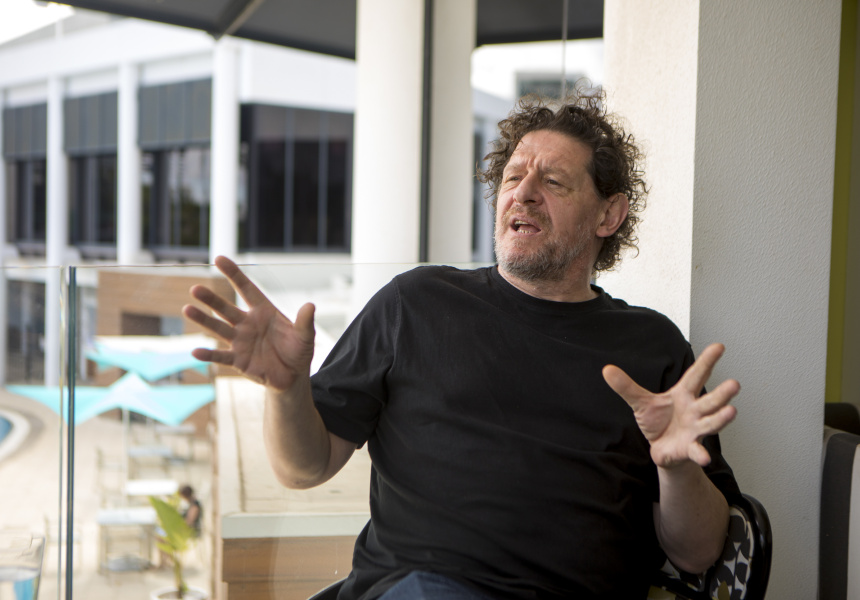 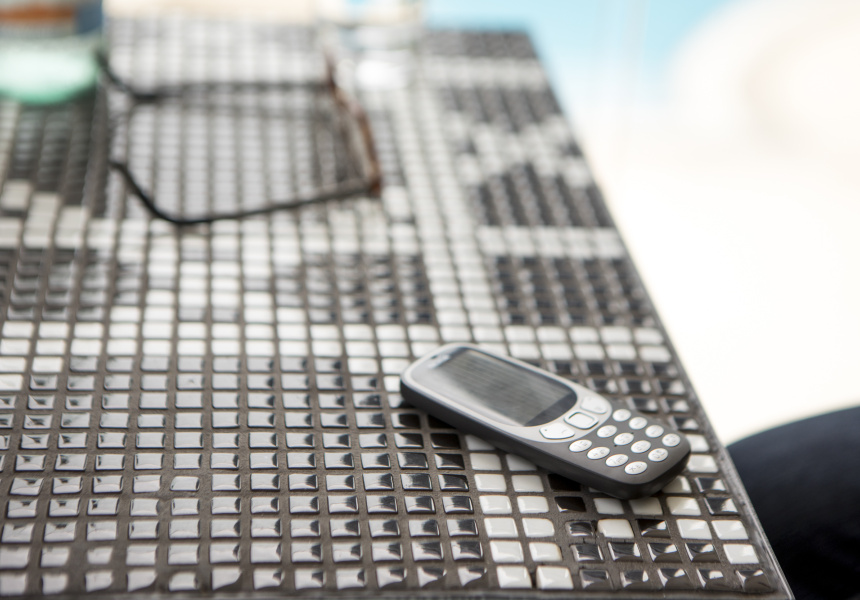 For someone relatively inexperienced in such things, the prospect of sitting down to talk with Marco Pierre White was a daunting one.

His reputation as intense and intimidating is legendary, and I’d witnessed this first-hand at the Margaret River Gourmet Escape several years ago.

He’s imposingly tall, and scruffy in a mad professor kind of way. Measured and eloquent, his speech is peppered with remnants of the past, referring to himself in stories as a boy and his old bosses as “mister”. He smokes almost constantly but asks not to be photographed holding a cigarette as he doesn’t want to influence “young kids in the industry” – a somewhat ironic request from a man famously photographed with a fag hanging out of his mouth.

In Australia to promote WA’s Taste Great Southern festival and Good Food Month presented by Citi in Perth and Canberra, I was relieved to find White relaxed and quick to give a positive assessment of the local food scene.

“I was thinking about it the other day: Australians, they’re not obsessed with food, they’re in love with it,” he says. “The food revolution in Australia over the last ten years has been amazing. When you think it’s good, it gets even better.”

In a serendipitous stroke of fate, this week marks the 40th anniversary of the day White started his career in the kitchens of Yorkshire’s Hotel St George. He speaks of those times with great fondness, reliving in detail how he came to dream of those three Michelin stars. He describes a time that was more about winning stars and recognition than money, and my drawing a parallel with the music industry of the same era leads to several anecdotes.

“I’m not namedropping when I tell you this little story,” he says. “About two years ago I was having a bottle of red with Robert Plant [of Led Zeppelin]. He said, ‘Marco, I wrote Stairway to Heaven when I was 22 years old and my life has been downhill ever since.’ The best I could come up with was, ‘Robert, when I was 33 I won three stars in Michelin and to be quite honest my life has gone downhill ever since.’ So we had another bottle.”

Famously the youngest ever chef to win three Michelin stars, White returned them five years later. He recently declined an invitation for his new Singapore restaurant, The English House, to be featured in the Michelin Guide.

“I saw the old world of Michelin, I saw how they did things. To win three stars you had to prove yourself as being consistent over a period of time,” he says. “They go to Japan. Year one, 13 three-stars. They go to New York. Year one, four three-stars. Where’s the journey? I’ve dined in one and two Michelin-starred restaurants in Singapore and New York. They’re mediocre.”

White perks up when I mention EatClub, his Australian-developed app that offers restaurants a way to offer last minute deals (The app currently only works in Melbourne and Sydney). The businessman in White suddenly appears, rattling off numbers. Mention social media, though, and he produces a vintage Nokia from his pocket.

His current – and apparently final – project is the Rudloe Arms, a hotel set on 14 acres just outside of Bath, which he oddly describes as being a masterclass for his children on who their father is. White will be living on the property, and he’s proud that guests will be able to dine in “Marco’s home”.

“Everything is an extension of me. Every item that’s within the establishment I bought. Where it’s positioned, I positioned it,” he says. “What will be on the menu is things that I like to eat. If you want three-star food you’re coming to the wrong place. If you want delicious ham and eggs with some pommes à l’anglaise and English mustard sauce, come and see us.”

White admits he doesn’t like doing TV but feels a duty at this point in his career to share his knowledge.

“Masterchef Australia, without question, is the greatest cooking show on Earth,” he says. “The contestants are living their dream, making their dream, following their dreams. It inspires people to cook at home, mothers and fathers to cook better food for their children. It’s probably done more for gastronomy than anything else in this world.”

I see White two days later at the Albany Wine & Food Festival, where he tells me that, after having dined there twice after our interview, Subiaco pasta bar Lulu La Delizia is his favourite restaurant in Australia.

He spends hours signing posters and taking selfies with the locals, so generous with his time that not one person misses out on their minute with Marco. The next morning, he marvels at Liberté’s pork-skin noodles before inviting me to join him on his day off. The consummate host, he’s always the one opening the car door or fetching the coffee.

Maybe he’s mellowing in his old age, or perhaps his fierce persona is a construct no longer required.

“Insecurities are amazing fuel, they’re like rocket fuel. But one day you just say actually, I’m done,” he says. “I’m not a rock-star chef. I was just a young boy who had a dream. In 1999 I retired from the stove because winning three stars and realising my dream was the most exciting journey of my life. I suppose it was my Stairway to Heaven.”