The team behind one of Perth’s favourite food trucks opens a beachside seafood and wine bar. 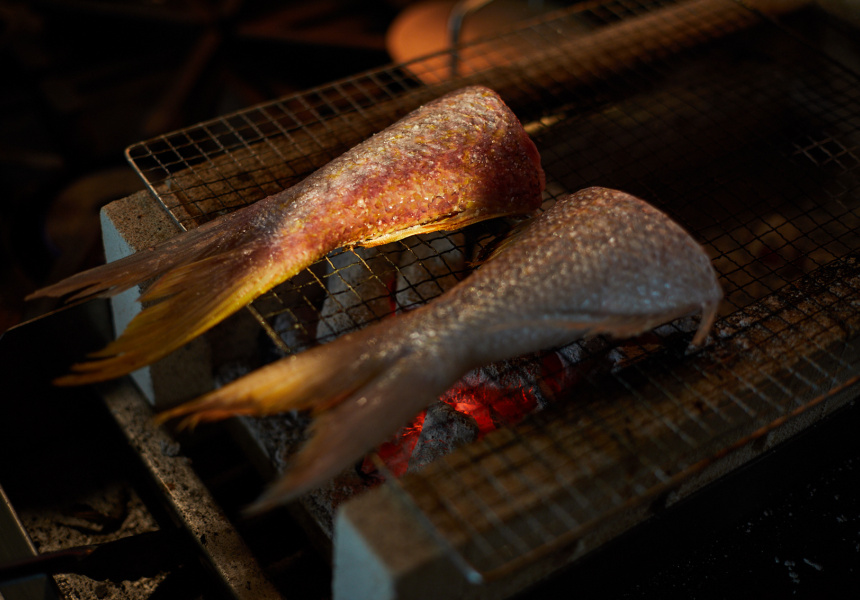 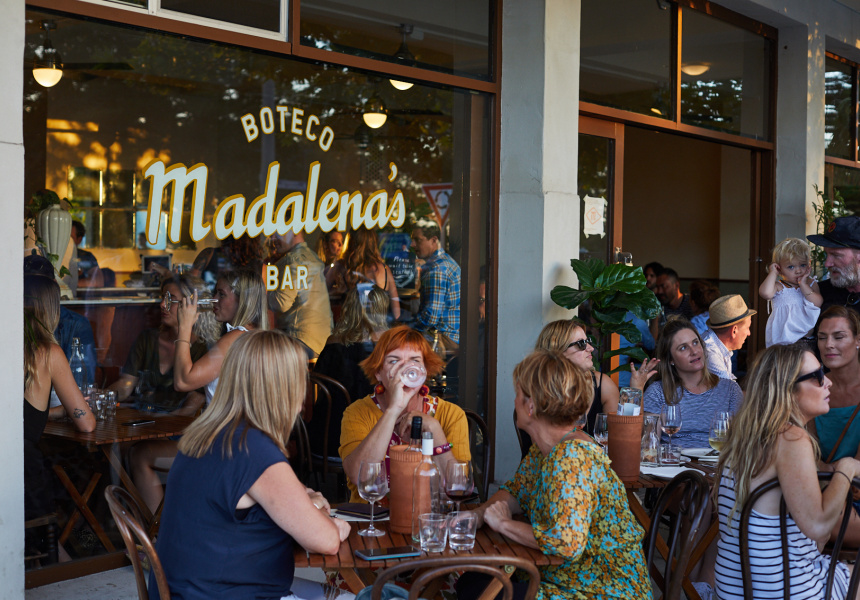 Over the past six years, husband and wife Joel Rees and Danielle Christina de Almeida have thrilled eaters via their Brazilian food truck Comida do Sul, and pop-up South American- and Asian-style street-food eatery Coconut Meat. The opening of Madalena’s at the former South Beach Taco’s site sees the couple make the transition to a more permanent home.

“We’re really excited about opening up a proper venue,” says Rees. “It’s going to give us an opportunity to create an atmosphere of our own.”

That atmosphere is modelled by a boteco – a small, neighbourhood bar synonymous with neighbourhoods such as Rome, Barcelona and Sao Paulo, the Brazillian city where Rees and de Almeida met. But while Madalena’s is conversant in Portuguese, Italian and Spanish, the bar also has a distinct Australian accent.

The Brazillian one-two of picanha (beef rump cap) and farofa (toasted cassava flour) is a nod to de Almeida’s roots while straciatella with hazelnuts and stonefruit, and gem lettuce with mint and cucumber are typical of the vegetarian and vegan options.

Although botecos traditionally keep their food offering simple, Rees says there will be opportunities for his chef brother to flex his talent.

“It’s all about finding a balance between the amazing produce on offer, Adam’s skills in the kitchen and honouring the simplicity that makes botecos so great,” he says. “Then again, people in Perth always expect something new, interesting and exciting, so that’s also something we’d had to factor in.”

When writing menus, the brothers base their decisions of whatever’s freshest from local distributor Fins Seafood.

Although Madalena’s offers beer, vermouth, and Aperol and Campari spritzes, wine is its primary stock-in-trade. Working with North Fremantle wine store Wise Child, team Madalena’s has assembled a list big big on new-wave and organically-farmed wines and winemakers. Food- and beach-friendly bottlings share cellar space with outre skin-contact “orange wines” with the by-the-glass selection changing daily. For Rees, Madalena’s is about fostering a sense of community and trust.

“I want it to be the kind of place where people come in and don’t question things too much because they know you and they trust that whatever you put down in front of them is going to be good,” he says. So far, so good. “We’ve only been open for a week and we’ve been slammed. We’ve already had loads of locals coming in numerous times and introducing themselves to us by name, wanting to get to know us.”

This article first appeared on Broadsheet on January 19, 2019. Menu items may have changed since publication.