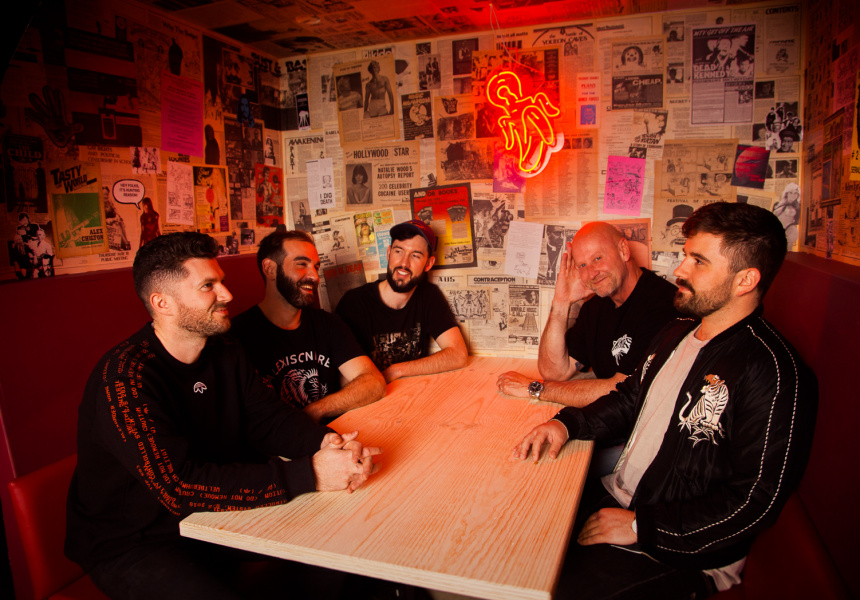 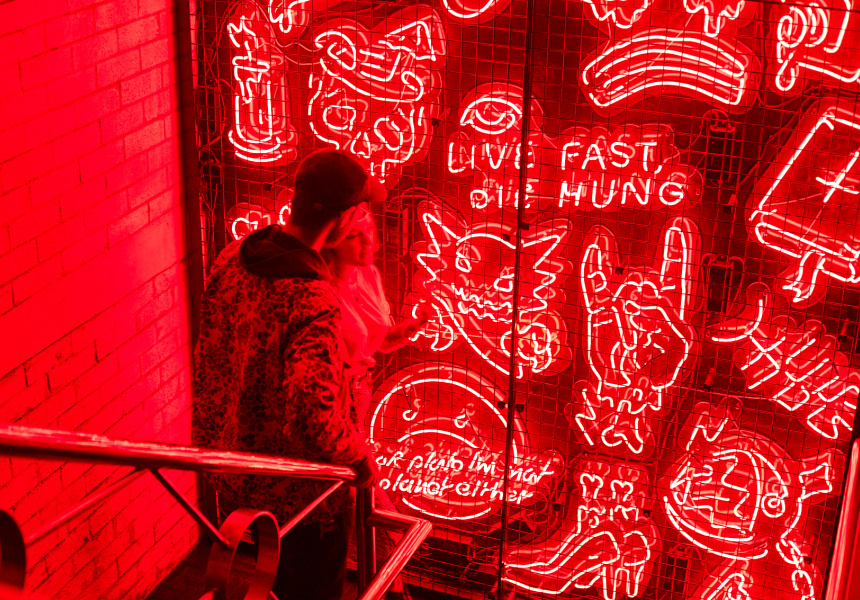 “Good Pizza. Bad Decisions. Rock out with no lockout.”

As far as slogans and subtle digs at the east coast go, the mission statement at Lucy’s Love Shack is as telling as any.

The newest venue from the team behind Northbridge’s Jack Rabbit Slims brings live music, late-night pizza and rowdy rock‘n’roll swagger to the former Ambar site in the CBD.

“We want it to be loose,” says Mitch Ericson, one of the directors at Lucy’s Love Shack and the venue booker. “We want people climbing over the furniture. We want beers to be spilled all over the place and people jumping up on stage and dancing.”

A nod to the venue’s former incarnations as various live music clubs (AC/DC are rumoured to have played there in the late ’70s), Lucy’s will host at least one live band every evening. Don’t expect a cheesy top-40 cover band, though – rock, punk and heavy metal are the orders of the day.

Late-night pizzas designed by Alasdair Craigie (chef-owner of RoyAl’s) will sustain revelers with pies served till close at 5am. Expect thin, saucy New York-style pizzas topped with Southern-style comfort food such as fried chicken, hot sauce and blue-cheese dressing. A range of tap and packaged craft beers will be complemented by a tight list of classic cocktails and other nightclub-friendly options.

As for the name, Ericson says “Lucy” is a subtle reference to Lucifer, or as he puts it, “the little devil on your shoulder telling you that you should have another beer or buy a whole pizza and eat it even though you’ll feel terrible in the morning”.