The new restaurant from the Royal’s crew will serve Filipino-style grilled chicken and house-made longanisa sausage alongside other hits from the archipelago, including pork and vegan adobo. 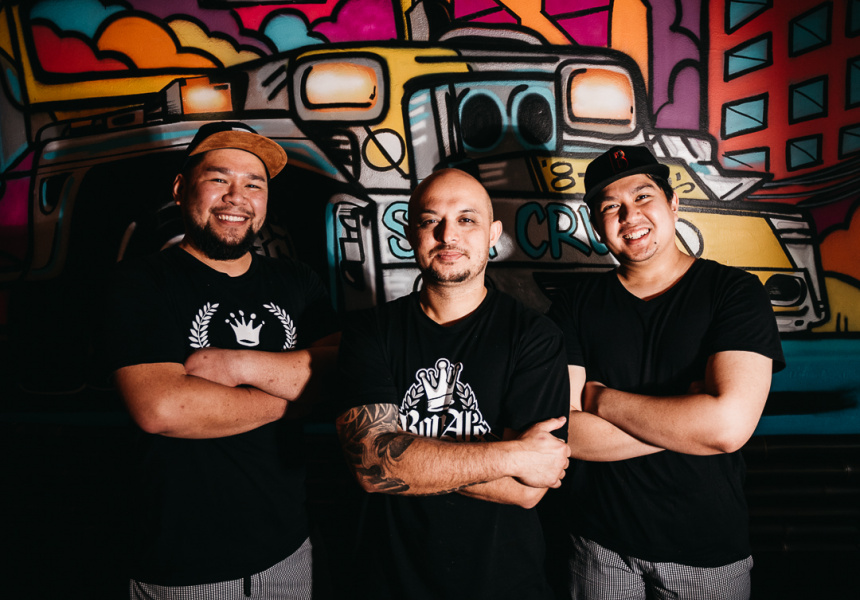 At the start of 2016, brothers Ken and Al Craigie took over a cafe on the Vic Park strip and opened the original Royal’s Chicken & Burgers, an easy-going diner serving pleasures of the salty, fatty and American kind. That diner laid a foundation for a mini empire that includes multiple Royal’s, plus a taqueria in Fremantle. Five years and one new Vic Park HQ later and the brothers are back at the spot that started it all and opening a new restaurant – one that’s a little closer to home.

Introducing Lola’s Filipino Diner, a casual 40-seat venue inspired by the carinderias (casual eating stalls and restaurants) found throughout the archipelago. Not only will Lola’s Filipino Diner be a nod to the brothers’ heritage: it’s also a direct link to their family story.

“Our lola [“grandmother” in Tagalog] had a carinderia in Manila in the Santa Cruz area, right below her home,” says Al. “One of our earliest memories of ever being in a restaurant was when we were really young and going over to Philippines and eating there. That was my first exposure to real Filipino food.”

Those that remember Lola’s Grilled Chicken at Thornlie’s mighty Spencer Village Food Court will recognise the inasal (Filipino-style grilled chicken) on the menu, but the menu at Lola’s 2.0 will spread its wings a little further than just chicken. (Having said that, fried chicken and Lola’s gravy – cooked according to a recipe from the Craigie boys’ mother Estrella – will be available). New additions will include a house-made longanisa sausage with garlic rice and a fried egg; a corned beef hash; and adobo that will be available in both pork and vegan iterations.

“We’re calling Lola’s a Filipino diner rather than carinderia because we want to showcase dishes that are Filipino comfort and soul foods,” says Al. “Things that taste like getting a nice warm hug from your grandma.”

The Filipino focus carries over to the drinks with the offer of halo halo – halo means “to mix” in Tagalog – a shaved ice drink flavoured with jelly that drinkers mix together, alongside classic Pinoy soft drinks including Royal-Tru orange soda.

The space has also been given a facelift with the colour scheme shifting from black to blue, bamboo features being introduced, and artist Jason Green painting a new mural for the space.