Reducing waste, transparency in business and giving local fishermen a fair go: how two WA fishmongers are changing the way we eat seafood. 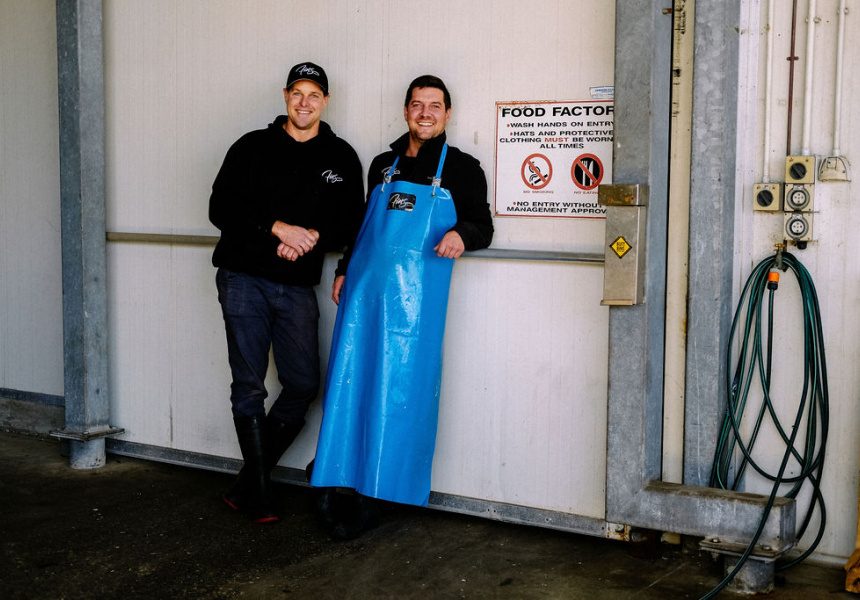 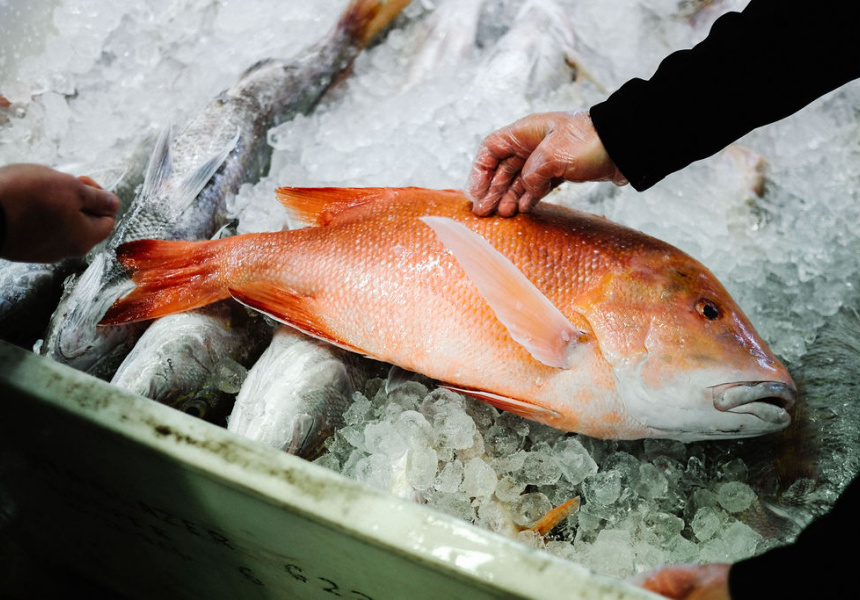 For a state that loves the ocean as much as Western Australia does, it’s strange to think that the seafood we eat often comes from somewhere else. Fins Seafood, a new seafood wholesaler with a penchant for doing things differently, wants to change that.

Owners John Cordin and Phillip Clark spent almost a decade working for two of Australia’s largest fisheries before striking out on their own. An aversion to some of the industry’s less ethical practices informed the Fins Seafood business plan, which the pair drew up while on a trip west across the Nullarbor. At its core, Fins wants to highlight positivity in the industry, educate customers through greater transparency, and deliver a premium local product.

“To be frank, we wanted to get some skin in the game,” says Clark, who spent seven years at Western Australian fisheries stronghold Mareterram prior to Fins. “We love the industry we work in, but we saw things being done in the wrong way. The seafood industry has not always had the best reputation and we wanted to change that. We wanted to set ourselves apart from that and be 100-per-cent transparent.”

The pair started out with a now-defunct retail space in South Perth, which they operated while continuing to work full-time. In June 2017, Cordin left his job at Austral, an ASX-listed commercial fishing and seafood company, to open and run the Fins Hamilton Hill warehouse. Clark joined full-time six months later. The warehouse has Indian Ocean views, a minimum-waste ethos and fish-shaped solar panelling on the roof.

“There’s no doubt having the warehouse has given us a big opportunity to work with so many new people,” says Clark.

A major area of focus for Fins is improving the traceability of products. In late 2018, Cordin and Clark implemented a unique tagging system that not only tells buyers what type of fish they’re purchasing, but where it comes from, the name of the vessel it was caught on and the name of the fisher. This allows chefs and other wholesalers to tell their customers a more thorough ocean-to-plate story. But perhaps more importantly, a tagging system that champions fishers also promotes individuals in the supply chain that haven’t always been given a fair go.

“We came from a wholesale background where margins were low, so when we started we didn’t know what the going prices were for fresh fish on the buy-side or the sell-side,” says Clark. “But our perspective was that fishers were underpaid for quite some time. One of the best compliments we have ever received was from Ben Pethick, a fisherman out of the Mid West. He said: ‘The thing I like about Fins is that when you leave the factory, you don’t feel like you’ve been ripped off’.”

“Our customers are more than just customers,” Cordin says. “They’re our friends. We bring people into the Fins family and we look after them as best we can. That goes on the restaurant side and the fishermen side.”

But Fins isn’t breaking ties with the past completely. The branding imagery and tags are black and white, a nod to the historical practice of chalking up the day’s catch on blackboards. Back then, says the pair, everything was top quality, local, and fresh: no grey areas.

“Fishing is one of the oldest professions in the world,” says Clark. “It’s old school, it’s relationships, it’s talking to people. It’s emotional and people are very closely connected. And that’s always been attractive to me. My first job ever was at WA Bait Supply, and I’ve always loved seafood and the ocean. What we’re doing at Fins is my destiny. And it’s a really fun space to be working in.”

After two years selling to restaurants, Fins is already working with some of Australia’s biggest names, including Rockpool and Sydney’s Saint Peter. It supplies more than 60 restaurants in Perth with its high-quality, line-caught fish and seafood – from Rottnest herring at South Fremantle’s Madalena’s to seasonal whole fish at Heritage Wine Bar in the CBD. Prospective chefs – many of whom connect with the brand via Fins’ lively Instagram account – are invited to the warehouse to assess the quality and handling of fresh deliveries and learn more about the products on offer. General public wishing to buy direct from the warehouse are similarly educated.

“We’re all about teaching people how things actually happen,” says Clark who is also documenting the stories of prominent WA fishing families. “For example, in WA we don’t have any fresh prawn fisheries, they’re all frozen at sea. When customers ask us for fresh prawns, we take them to the freezer, which they often find strange. But these are the freshest: not prawns that have been defrosted for a day or two.”

While the pair are the first to admit they’re still navigating Fins’ newfound demand, they’re confident their strong friendship will see the business through.

“I always say the day I met John was the luckiest day of my life,” says Clark. “He became my partner in seafood. You need a partner in whatever you’re doing. The stress splits both ways, but so does the joy.”

This article first appeared on Broadsheet on June 11, 2019. Some details may have changed since publication.