The Lord Byron is available for a limited time. 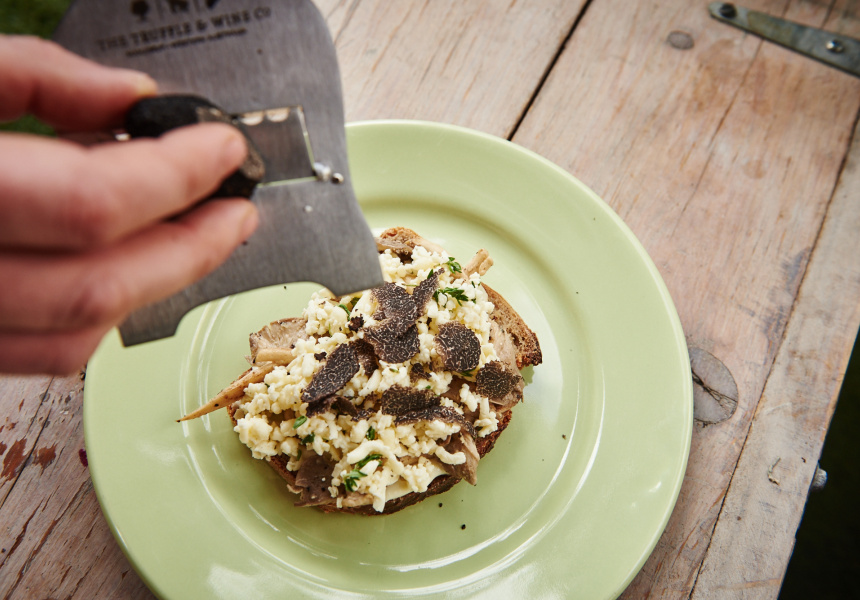 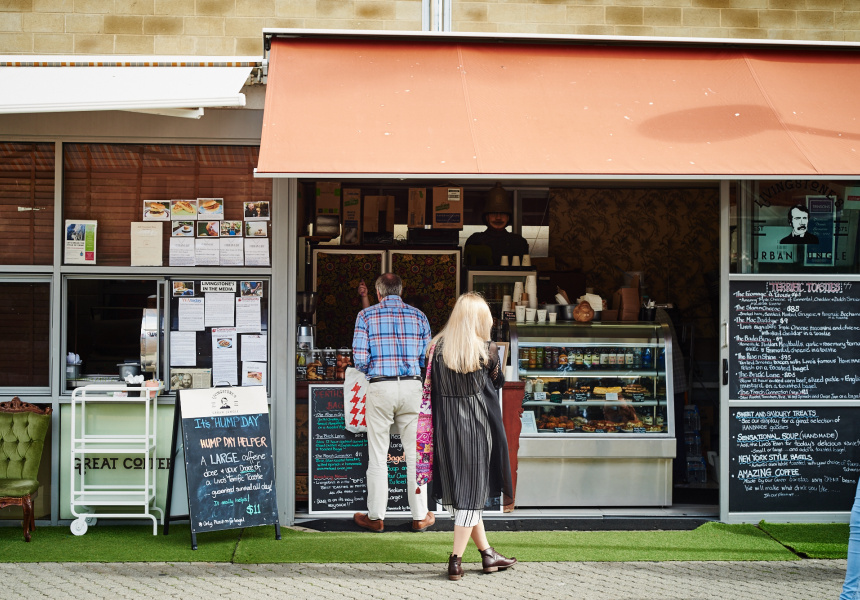 Livingstone’s first offered a truffle toastie in 2016 made with truffle-honey-glazed ham. This year’s recipe swaps out the ham and replaces it with oyster mushrooms. Livingstone’s owner and chef Justin Blackford expects the newly vegetarian sandwich will attract a larger audience.

“The Truffle & Wine Co.’s big focus this year is accessibility,” says Blackford. “Truffle is often thought as being elitist and exclusive, but it’s just another ingredient. It’s not something you have to go to a swanky restaurant and get dressed up for.”

The sandwich, named after the flamboyant 19th Century English poet, uses all-WA ingredients. The Lord Byron’s base is sourdough from Fremantle baker Wild Bakery (plans for a truffle-infused loaf didn’t work out, alas); its filling features sauteed mushrooms from Life Cykel, and truffle béchamel and stracchino – a mild cow’s milk cheese – from Borrello, the latter macerated with thyme and Truffle Hill chardonnay. Oh, and shavings of black truffle. A heaps up: don’t expect a giant flavour bomb.

“It’s difficult to manage expectations,” says Blackford. “Truffle is earthy, aromatic and perhaps more subtle than people expect. Many who have tried truffle oil assume that it’s going to have that knock-your-head-off aroma.”

Although the sandwich costs a head-turning $20, it is still served, like the rest of Livingstone’s sandwiches, in a cardboard box. Haute cuisine this ain’t.

“We want people to not be afraid,” says Blackford. “By serving it as a takeaway we’re breaking down the barriers, making it unpretentious and a bit more fun.” 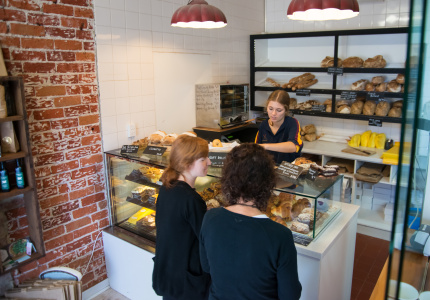