A suburban ramen bar that sweats the small stuff. 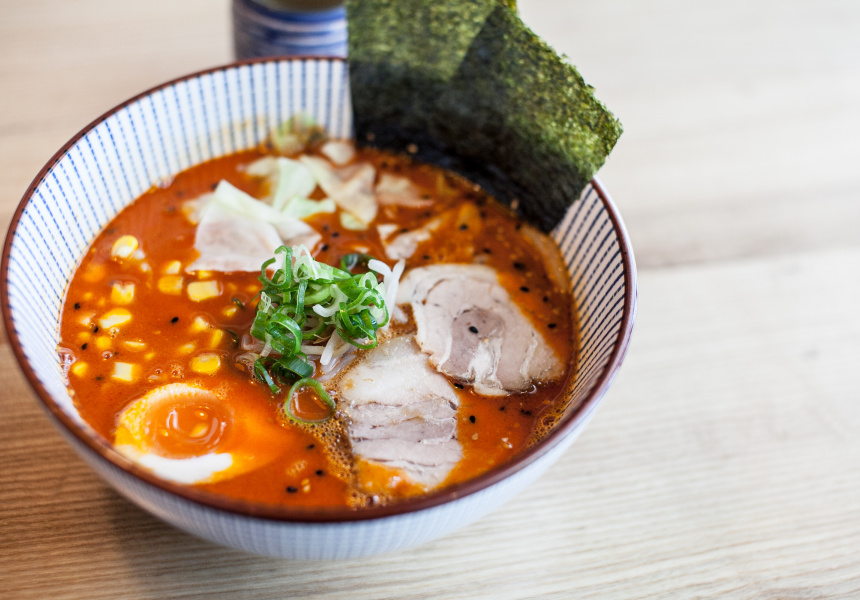 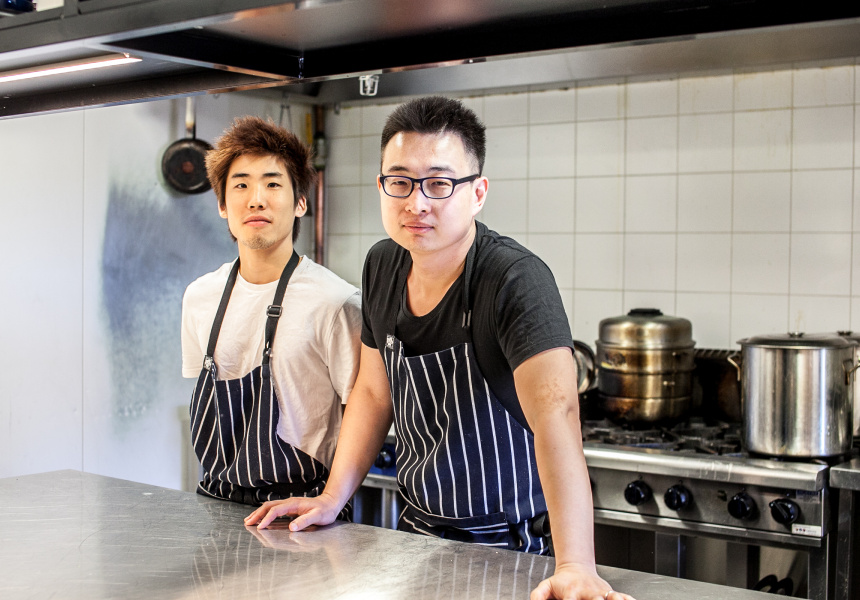 “They’re best eaten with 10 minutes,” says owner Scott Wang of his restaurant’s slender, house-made noodles. “That’s when their flavour and texture are best. They’re meant to be eaten quickly.”

No problems there. Despite Nomstar being Scott and Grace Wang’s first foray into the world of cooking, the seven-month-old restaurant has quietly asserted itself as a serious ramen destination. The house-made noodles are a reassuring sign, but it’s the deep, milky-coloured soup that sets Nomstar apart.

Made from slowly soaking and boiling pork and chicken bones for three days, this style of broth is known as tonkotsu, and is regarded by many as the king of noodle soups. At Nomstar, batches of soup can use up to 100 kilograms of bones.

But whereas many tonkotsu specimens rely on brute force and extreme fattiness – a friend once described the soup as “liquid roast pork” – Nomstar’s version is balanced, and tastes deep, lush and porky, but not cloyingly so. The decision to serve slender, spaghettini-like noodles is no accident: the noodles’ increased surface area enables them to really latch onto the broth.

The kitchen pays similar attention to the rest of the toppings, from the bright, high-definition bamboo shoots that garnish bowls, to the silky, thinly sliced chashu braised pork draped over the noodles. Wang, sous chef Ryo Hirose and his team make a point of sweating the little things.

“It’s definitely the hard way to do ramen,” admits the Osaka-trained chef, “but the end result is worth it.”

As you’d expect from any specialist-ramen restaurant, diners can customise their bowls to the nth degree. Choose a soup flavour – Ryo’s spicy miso, it’s worth noting, hums with a gentle chilli buzz rather than weapons-grade spice – then gussy up your order with extra pork, soy-flavoured egg (ajitama) or even noodles (kaedama). Side dishes include lightly fried chicken karaage and silky gyoza dumplings.