A former warehouse in suburbia has been transformed into a micro-distillery and bar serving distinctly Australian gin, beer and wine and a comforting menu of meatballs, slow-cooked lentils and muhammara and sourdough. 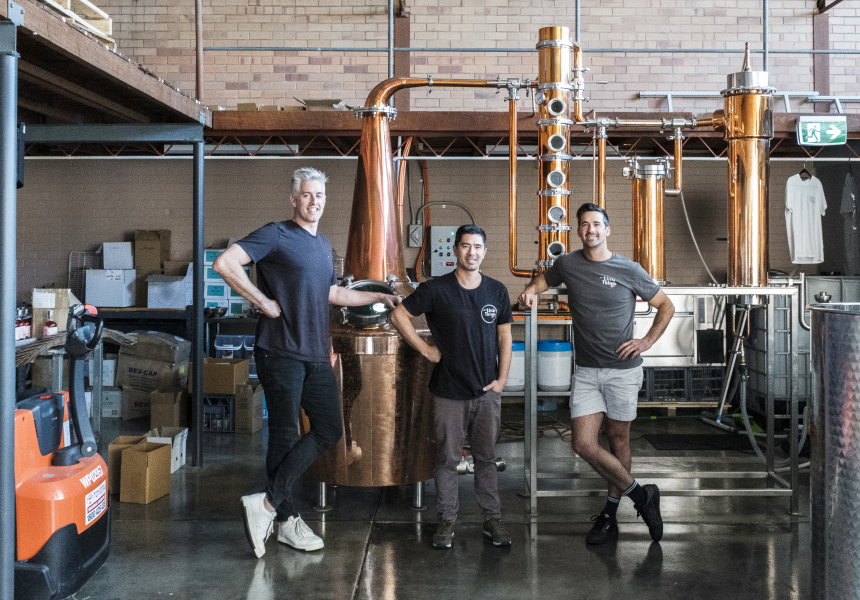 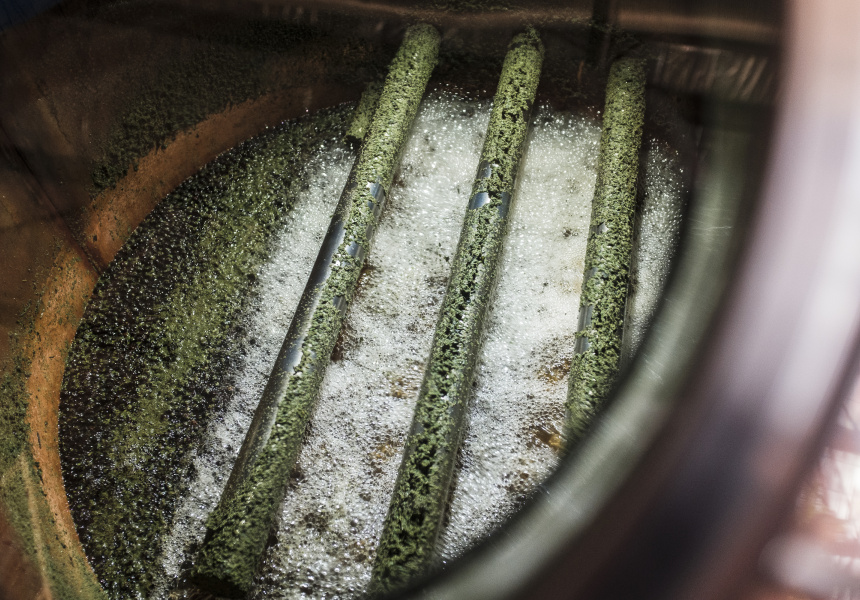 Even if you’re looking out for it, Little Things’ low-profile distillery and bar on Railway Road is easy to miss, which is exactly what locals are counting on. You can’t blame Subiaco locals for being cagey: who wouldn’t want an urban distillery and small bar in their neighbourhood? That’s the reason why Little Things founders Tom Martin, Mick Seah and Josh Krueger decided to set up shop in a former warehouse in their local vicinity.

Although Little Things’ small bar opened to the public at the end of September, the gents have been distilling gin in the warehouse since April. (Previously, they were using equipment at another distillery to make their gin.) Sitting at the heart of the distillery is an Australian-built 600-litre copper still that Martin – the distilling brains of the trio – fills with an organic wheat-based spirit and native botanicals and citrus that get turned into gin.

The hardware isn’t the only thing that’s made in Australia, with (save for the Macedonian juniper) all the botanicals sourced from local suppliers and Indigenous-owned businesses. The result is a suite of gins – seven, at last count – with a pronounced Australian accent derived from botanicals such as native thyme and various myrtles.

“That’s why we called our business Little Things,” says Krueger, the marketing arm of the group. “It's about the little things that make a big difference. With Covid, it’s been all about local and local production. For us, we just want to make good gin that people enjoy.”

While having a distillery to call its own is great news for team Little Things – particularly having the time and space to fine-tune recipes and develop new products, says Krueger – the space is also a boon for locals. In addition to being a retail outlet for the distillery’s gin, Little Things also moonlights as a 100-person small bar four nights a week. In addition to a bar slinging cocktails and house gin and tonics, beer and wine are also available.

Food-wise, the menu keeps things comforting and familiar with meatballs, slow-cooked lentils, muhammara and sourdough among the dishes on offer: just the sorts of things you’d want to eat at a homey, neighbourhood spot.

“We really want to emphasise that this is people’s local,” says Krueger. “Come down during the week and you’ll see 20 bicycles parked out the front.”