How the Great Southern and its producers inspire chef Amy Hamilton. 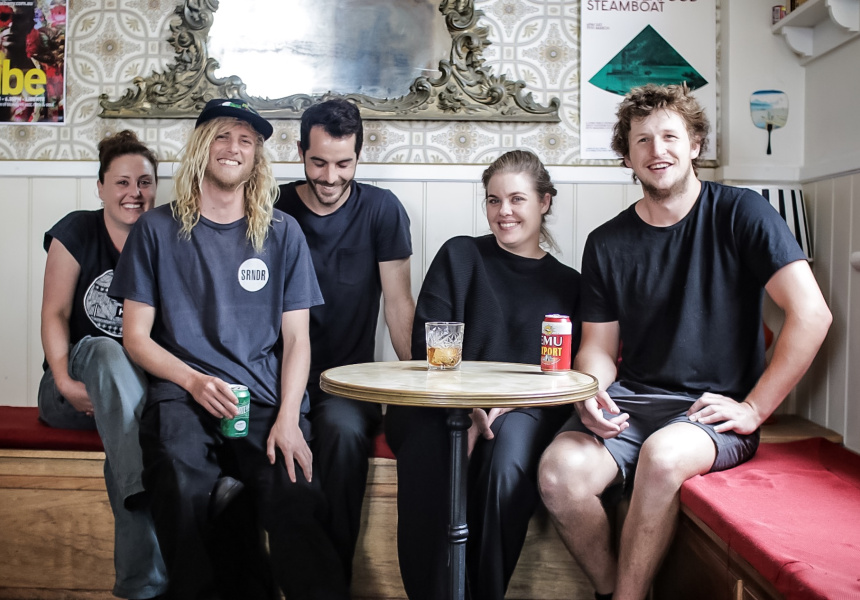 Amy Hamilton (second from right) and the Liberte kitchen team

Amy Hamilton’s entry into the world of cooking is a win for tenacity. As a visual arts student, she fought her way into the kitchen of Russell Blaikie’s Must Wine Bar by persistently calling him during service to ask why she hadn’t been awarded a dishwashing job. From there, she went from scrubbing pots and pans to getting them dirty. Finding her creative impulses satisfied by cooking, study went on the back burner and the rest – like they say in the movies – is history.

A change of scenery saw her relocate to Albany where she owns and runs Liberté: an intimate, French-influenced bar on the city’s main drag that champions Great Southern produce and producers. She’s one of the local talents on the line-up for this year’s Taste Great Southern festival, an 18-day festival of food and drink that celebrates the region’s bounty and beauty.

In the leadup to this year’s festival, Hamilton talked to Broadsheet about all things Great Southern.

Broadsheet: How did you come to settle in Albany?
Amy Hamilton: It was a complete accident. My partner’s Mum lived down here, we came to see her and never left. It sounds clichéd, but as a chef I find this region really inspiring. I love the produce and the wines. And it’s beautiful.

BS: How have things changed since you arrived?
AH: When I came here 10 years ago, it was hard to sell natural oysters, steak tartare, anything like that. I’ve definitely noticed a shift. It’s not that those people weren’t already here, it’s just that more of the people that stay here commit to and believe in the region.

BS: Liberté’s menu is an exploration of the French influence on Vietnamese food. How did that come about?
AH: I used to hate the word “fusion”, it seemed like a dirty word, but in reality, Australian cooking is a melting pot, a fusion of everything and I don’t think that’s a bad thing. I bought the venue and it had a very distinct style, like a Parisian bar and I didn’t want to change that. I thought I’d be bored creatively running a French bistro unless it was in my own interpretation, so I took a risk. There was a gap in the market and I knew it would keep me motivated and inspired.

BS: How does being in the Great Southern influence your cooking?
AH: Our point of difference is that we interpret French-Vietnamese food through Great Southern ingredients, which I refine more and more as I go on. I find myself having to interpret my concept through ingredients I only get to work with seasonally, which enforces a kind of originality that comes from isolation and a single focus. The Great Southern is such a diverse region. You’d be surprised at what we can grow, there are so many micro-climates. In the Porongurup you can grow bamboo, bananas and turmeric.

BS: What are your favourite regional ingredients?
AH: The water here is some of the cleanest in the world. A lot of little producers are doing interesting things, like Great Southern Shellfish with Akoya pearl oysters. Parrys Beach Salmon are focusing on Western Australian salmon which some people have a negative misconception about. I think as chefs we have an opportunity to give people a fresh outlook. There’s some cool wine producers taking risks. I work with them regularly and we support each other. There’s a camaraderie happening in the region that’s exciting.

BS: What Taste Great Southern events are you involved with?
AH: I’m cooking for the launch, and then there’s the trade-only “Winos in Residence” with Mike Bennie all-day on March 24. I feel that there’s a bit of glorification of the chefs and we should put more focus on the wine guys. I think that wine is integral to the future of this region in terms of tourism. Our Liberté Garden Parté on March 25 is going to be fun. Each year there’s been something quite theatrical, that’s the art person in me. I want it to be a visual feast as well. Russell Blaikie is cooking with me and Mike is going to be MC. The next day is “In the Raw”, it’s not my event but it’s a cool one. When he was here last year, Mike was enamoured with the shellfish down here and he wanted to work with some of the producers. Russell will cook for him. It’s going to be a casual event, an approachable way to get into the local shellfish and booze.

Taste Great Southern runs from March 23 to April 9 in and around the regional centres of Albany, Denmark, Mount Barker, Kojonup and Katanning. Tickets are available online