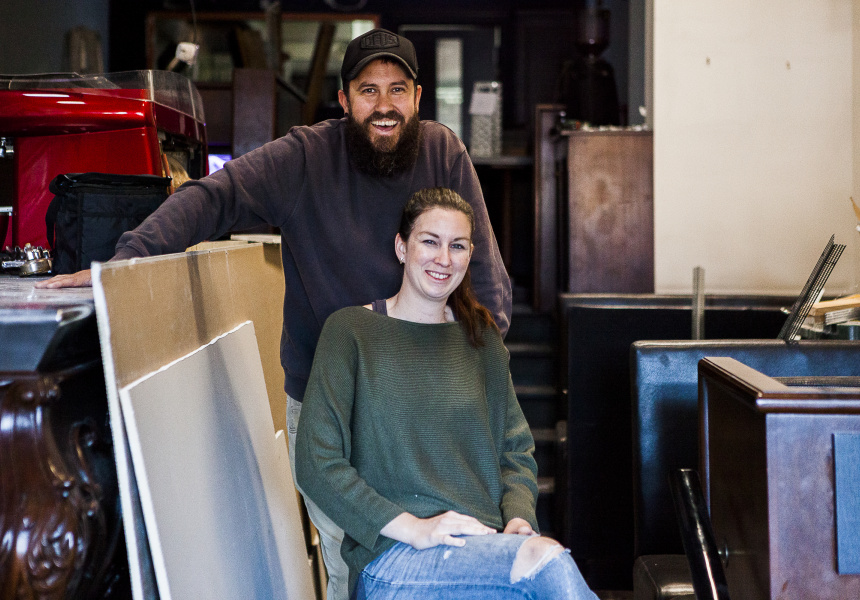 Le Rebelle is the venue Sarah and Liam Atkinson have spent the past five years dreaming about. Hospitality veterans with more than 20 years’ experience each – Liam is a chef that has cooked at key Perth venues such as Star Anise, Print Hall and Ku De Ta; Sarah has worked around town and is finishing up her current gig at the brilliant wine store at Lalla Rookh – the husband and wife team are (re)joining forces to reopen the former Circa on Beaufort Street as a 70-person neighbourhood bar and restaurant inspired by classic French bistros.

“We love the Old World style,” says Liam who previously opened Miss Kitty’s Saloon with Sarah in 2012. “When we go to New York, the first thing we look for is old French restaurants. Balthazar is where we go every time. We also went to Estela which had that same vibe, but in a modern way which is where I got a lot of inspiration. You do a lot of modern stuff as a younger chef to get recognised. I’m learning how to mesh both.”

To eat, expect timeless and updated bistro classics: blue manna crab toasts, perhaps, or brioche with duck liver parfait and truffle butter. Instead of a chook or steak, expect roast Wagin duck with frites and plenty of Bernaise sauce.

“Our whole vibe is like Paris meets New York in Australia,” says Liam while citing Sydney institutions-in-waiting like 10 William Street and Hubert as inspirations.

Despite Liam’s strong thoughts on food, he wants to stress that Le Rebelle isn’t going to be a chef-driven restaurant.

“It’s rare for chefs to say this, but the focus is going to be on the service and the floor, so we’re throwing more of our finances into running the front of house strong,” he says. “Front-of-house is visual and customers will be looked after. The kitchen is behind closed doors and something I’ll deal with.”

“The brief is delicious, delicious wine,” she says. “We’re going to have 49 wines listed from the super-approachable to a few high-end bottles, but we’ll also include a glass of red and white for less than $10. We’re not just a restaurant, but also a meeting space and a place to hang out. We feel it’s important to create a space for locals.”

The cellar will be supplemented with a small selection of classic cocktails, local beers and French ciders.

The Atkinsons are working with the space’s existing three-tiered layout to create different space. At ground level, wall banquettes and round bistro tables ringed by backless stools will create a street-side drinking and holding area. Open windows bring Beaufort Street in to Le Rebelle and vice-versa. The bar will occupy the middle section along with booths and a large terrazzo table for groups, while the top level will be the primary dining area where guests can book tables. Design features including the hand-chiselled American Oak furniture will be retained and vintage pieces (think Eastern European pendant lights) have also been sourced to decorate the space.

Although the Atkinsons want Le Rebelle to be accessible, they’ve also got their sights set high.

“We’re going to expect ourselves to open the best restaurant that WA has, that’s the goal,” says Liam. “Whether that’s the best restaurant in our eyes, the customers’ eyes or the food reviewers’ eyes, whatever. But for us, we need to open and go for that goal because there’s no point in being timid and doing it half-arsed. You don’t go into a sporting event to come second. Our sport is the hospitality industry and we’ve been waiting a long time for this.”

Le Rebelle (676 Beaufort Street, Mount Lawley) opens July and will open for dinner from Tuesday to Saturday with lunch services to follow. 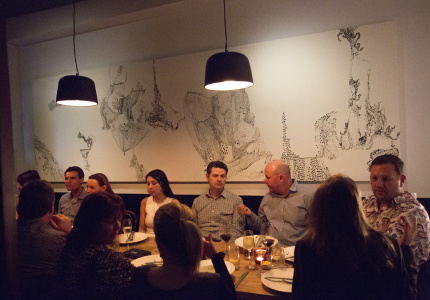 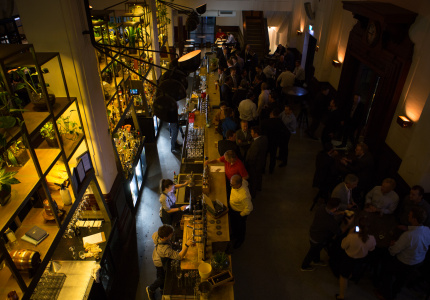