A new cafe and coffee roastery from the founder of Hylin. 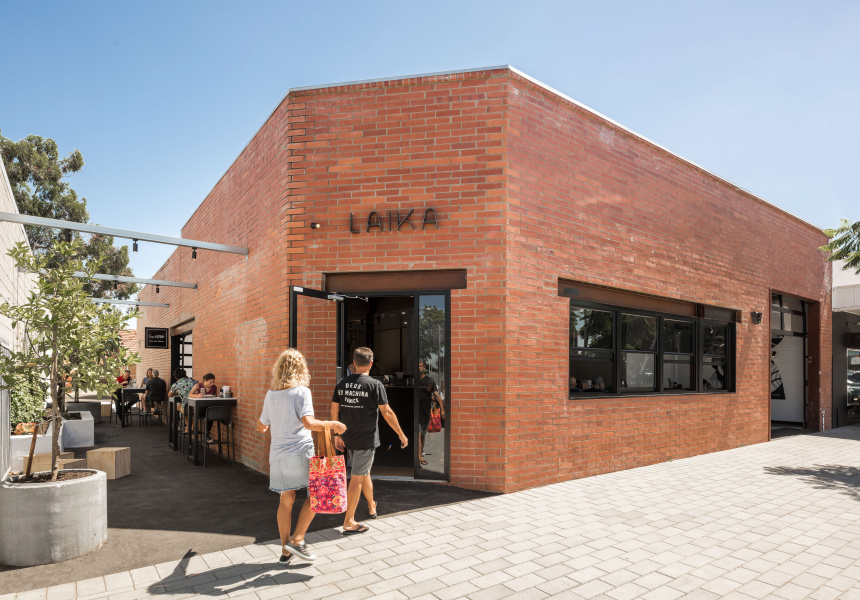 “It was a brick box with no openings so we cut everything in ourselves,” says McGinnity, who owns the cafe with his brother Ryan. “I spent about two months doing the design, then two months doing the build. We learnt a lot from Hylin about where things needed to go. It’s quite succinct and the staff can move around, but it’s still casual.”

Laika’s key point of difference is its in-house coffee roastery, jointly owned by McGinnity, roaster Seb Huigens – formerly of Mano a Mano – and barista Ru Teow. The roastery is single-origin only and will not produce blends for milk coffees.

McGinnity views the cafe as the flagship for the Laika brand – something like Melbourne’s Seven Seeds – and plans to sell its coffee to other venues.

“We’re trying to do something that’s not common in Perth, almost like a cellar door for coffee,” he says. “Our baristas have an impact on the coffee we’re delivering. We know the product we’re getting is exactly what the roaster wanted.”

The cafe’s batch brew is an unusual offering from Norwegian roasters Talor &Jørgen that has already piqued the interest of local coffee enthusiasts and baristas.

“We wanted a menu that people would feel comfortable eating on a Tuesday, Thursday or Sunday morning – a bit lighter, more on the go, readily available. Not two slices of bread and huge sides,” says McGinnity.

Dinner service is on the cards once the team has settled in.

“I hope to get a liquor license, and be like a Melbourne cafe/restaurant that offers breakfast, lunch and dinner, 365 days a year,” says McGinnity. I love those kinds of institutions, and I think Perth’s hospitality staff are becoming more accustomed to that.”