Dosa and egg and onion roti. 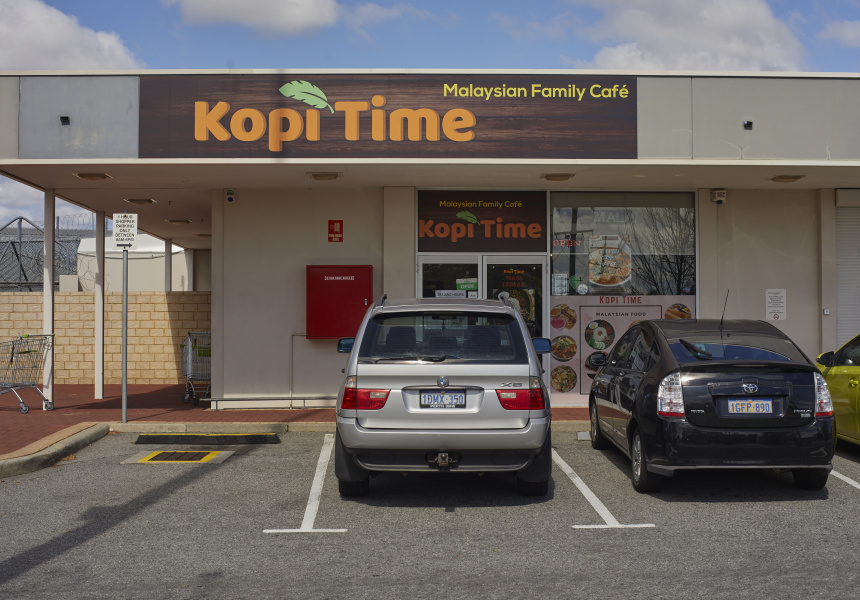 First there was Kopi Time, a stall that quietly popped up at the Canning Vale markets in 2012 slinging crisp roti flatbreads – pulled and stretched by hand and grilled on a flat-top barbie – served alongside bold Indian-Malay sambals and dal. This was followed in 2014 by Kopi Time, a spin-off cafe at Fremantle Markets that brought these Southeast Asian breakfast glories to the port city. Last year, Kopi Time popped up at a small kiosk at Maddington Central, where it traded till December. Finally, after eight years championing the flavours of Malaysia, Kopi Time’s husband-and-wife owners Kantahrao Simmasalam and Jeyandhi John-Smith have a restaurant to call their own at Thornlie Square Shopping Centre, complete with a full-size kitchen to cook in.

“The goal was always to have a proper restaurant so that we can serve the community better,” says Simmasalam, a former drafter who quit his day job five years ago to focus on his side hustle. “We’re trying our best to cook traditional dishes that have the same flavour as what you might get in Malaysia.”

And so it is with dishes that clearly channel the tastes of Malaysia, plus a few from Singapore. The handmade roti is a picture of brunchtime comfort – the crispness due to Simmasalam’s pushing and pulling, the sweetness the result of a little condensed milk slipped into the dough. (By his calculations, our man figures he’s pulled and fried more than 30,000 roti since starting Kopi Time.) In addition to plain roti, variants also include versions filled with egg; egg and onion; and kaya, a sweet and wonderfully addictive coconut and egg custard jam found throughout Southeast Asia. Kopi Time is also one of the few places I’ve seen in Perth that does banjir-style (“flooded” in Malay) roti with the bread torn into strips, piled together and dressed – “flooded” – with sauce. The dosa – a crisp lentil-based pancake – is equally crisp and crunchy, and the version filled with masala-spiced potato is a carb-on-carb winner.

While Simmasalam is in charge of the bread-making, John-Smith oversees the rest of the cooked dishes – including all the curries made possible by the move into a dedicated kitchen. Her menu includes a rich and meaty beef rendang; comfort stir-fries such as kway teow (rice noodles), nasi goreng (fried rice), and a spicy Mamak-style mee goreng (southern-Indian-influenced fried-egg noodles); and the spiced fried chicken is an excellent way to upsize any order. (Get it as part of the nasi lemak set, which features various dishes served with rice cooked in coconut milk.) The cooking is home-style rather than high-end, with many recipes inherited from family members. The couple hope to add satay and kaya toast to the menu in the future.

The space echoes the menu’s homely bent. Guests help themselves to their own cutlery and serviettes; the food is displayed in hot and cold cabinets; and the walls are adorned with colourful shots of the dishes and black and white photos. The functional, no-frills dining area has little in common with most modern cafes and restaurants in Perth, but for those with a soft spot for the kopitiams (coffee shops) of Malaysia and Singapore, Kopi Time’s aesthetic and food will feel instantly familiar and comforting.