The debut range includes a flagship botanical gin; a double-distilled charcoal-filtered vodka; and pre-packaged cocktails (including a Cold Brew Martini, a Lemon Myrtle Gimlet and a Macadamia Martini). There’s also an isolation care package with a bunch of cocktails, a bottle of hand sanitiser and four rolls of toilet paper. 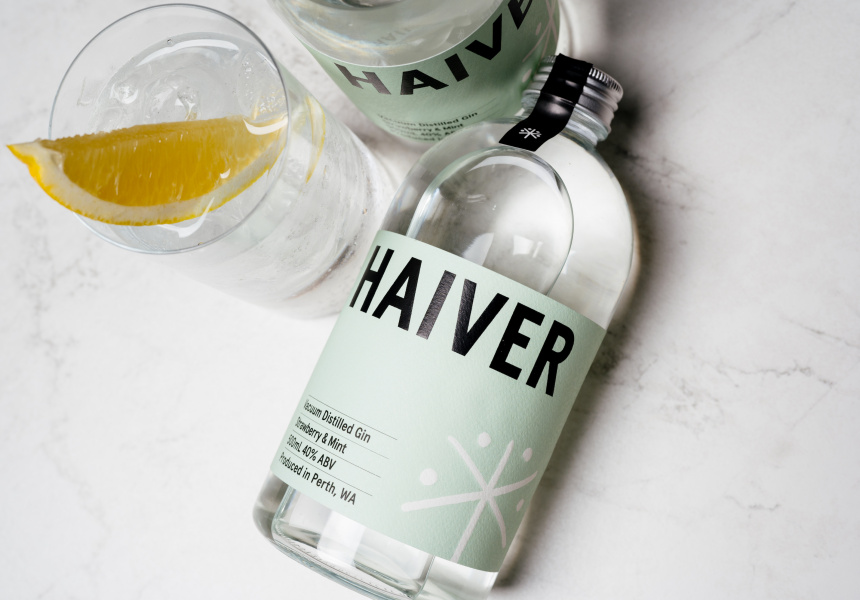 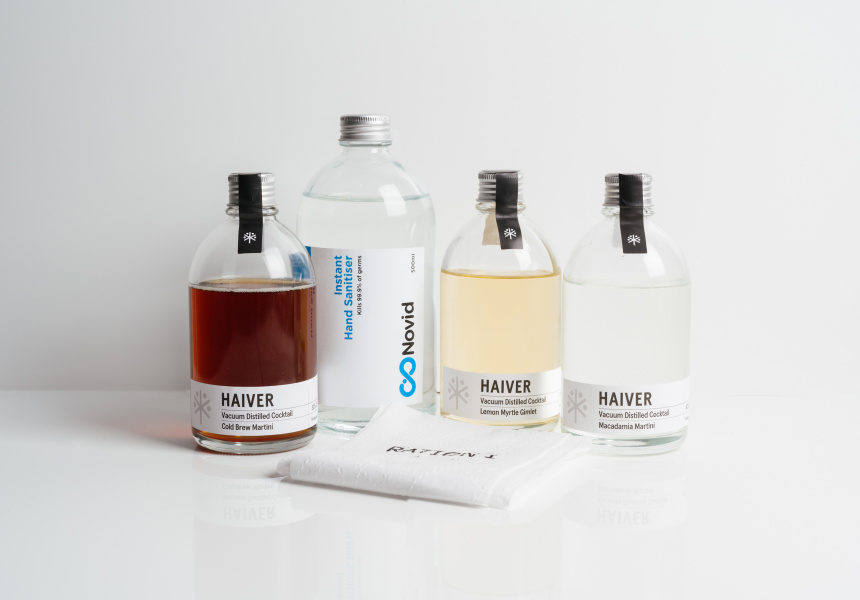 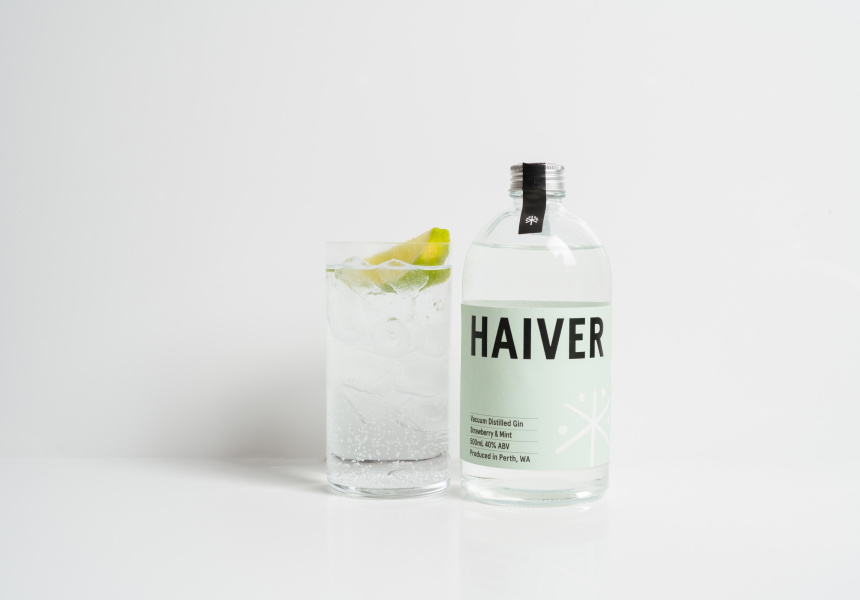 The Covid-19 crisis has forced countless businesses into hibernation. But in a rare piece of good news, it offered a green light for the team behind new Bayswater-based craft distillery Haiver Spirits.

“We’ve been working really hard for the past year and a half, so we thought we might as well give it a go. It’s brought us all together a bit as well – everyone’s been impacted, but we can bond over that. We can all come down to the warehouse, and instead of wallowing in things, we now have something that we can work on and share together during this rough time.”

Buchanan is similarly upbeat: “The positive is that we now have a lot of time to focus on our techniques and trying to create some really interesting stuff for when everything goes back to normal.”

Until then, the group is making isolation a little more bearable with their selection of handcrafted gin, vodka and pre-packaged cocktails. And there’s some serious bartending chops involved: Buchanan’s CV includes a stint as the beverage director of State Buildings (home to heavy-hitting venues such as Long Chim and Wildflower), and he’s won numerous state and national bartending and cocktail competition awards.

The others are newcomers to the hospitality industry: Gardiner, who’s known Buchanan since they went to primary school together in Melbourne, was in the air force and worked in the resources industry. Joinbee also spent time in the air force (where he met Gardiner), and Anastassiou – a trained chemical engineer – joined the gang after moving to WA to work in the mining industry.

The idea for Haiver started with the group sharing some ideas on a boozy night out. Buchanan describes them as being “about four bottles in” before he brought up the subject of starting their own distillery (Haiver is taken from the Scottish slang for talking nonsense), but the team is serious when it comes to producing high-quality booze with a difference.

“We really want to combine the new-world techniques associated with the rotary evaporator with the old-world copper-pot still,” says Gardiner.

The rotary evaporator, which was developed in the 1950s, is used to perform cold-vacuum distilling. This piece of high-tech equipment – which looks more like it belongs in a laboratory than it does in a suburban distillery – allows distillation to occur at a much lower heat level, often at around room temperature.

Why is this important? “A normal copper pot still heats up water and ethanol and boils it off like a kettle – the issue with that is that it has to heat up to 100 degrees, and there are a lot of flavours and botanicals that you simply can’t use because they’re too delicate,” explains Gardiner. “You can’t put things like fresh mint or strawberries in that, because if you tried to cook them off it would just taste like shit. We wanted to be able to use flavours that were previously unattainable.”

These single-botanical distillates are then blended with more traditional, kettle-distilled spirits to create the final product. For example, Haiver’s flagship Botanical Gin combines three distinct elements: a distillate of locally grown mint produced at 30 degrees; a distillate of locally grown strawberries produced at 50 degrees; and a traditional, kettle-distilled spirit flavoured with juniper, liquorice, angelica, lemon peel and coriander seed. Buchanan recommends pouring 30 millilitres of the gin and 100 millilitres of dry tonic over plentiful ice and garnishing with a wedge of lemon or lime.

“We take the best local produce that we can possibly find and then work on numerous techniques to try and best extract their flavour, then we blend them together to create some pretty unique spirits that haven’t been seen before,” he says.

They’ve also applied this meticulous attention to detail to the other products in their range: a double-distilled, double charcoal-filtered vodka (designed to deliver clean flavours and a distinctive, textural mouthfeel) and three pre-packaged cocktails. There’s a Cold Brew Martini, made with a distillate of Brazilian coffee beans (supplied by local roasters Offshoot), house-made cold brew and a house-made pineapple spirit; a Lemon Myrtle Gimlet made with the Botanical Gin, dry vermouth and a house-made lemon-myrtle cordial; and a Macadamia Martini, made with dry vermouth, a macadamia-oil-washed incarnation of their vodka (a process that imparts a richer texture and a silky mouthfeel to the drink) and a whole-mandarin distillate.

The team has longer-term plans to leverage Buchanan’s bartending expertise and open a venue of their own. In the meantime, you can get your hands on their products by shopping online or at select local bottle shops and venues, including Besk, Wise Child Wine Store and Long Chim.