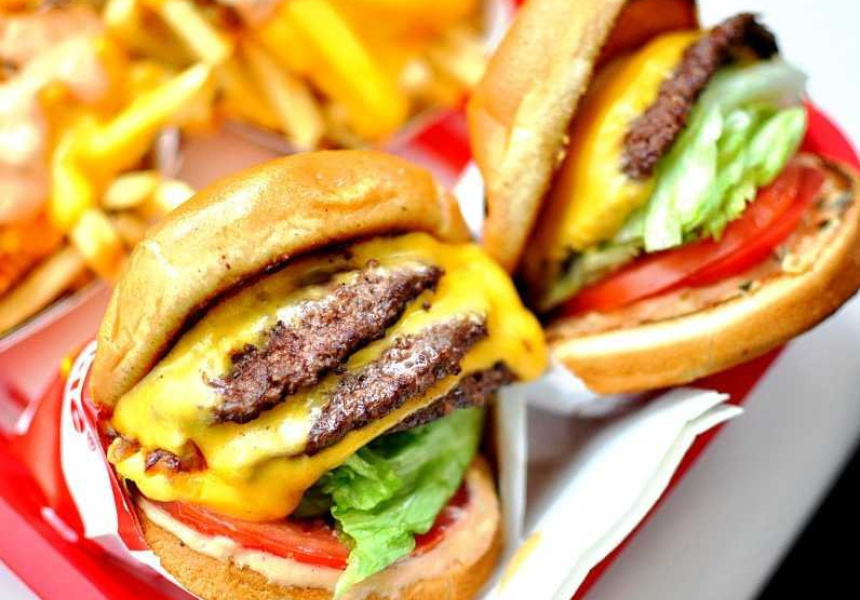 In-N-Out, the popular American burger change that opened its first store in California in 1948, is popping up in Perth today.

The chain is selling burgers at William Street live music venue The Bird, with reports saying the line is already around the block.

Black and white ads announcing the news were printed in newspapers and spotted on social media channels. Broadsheet contacted The Bird who confirmed the news, and that In-N-Out's world-famous burgers are being sold at American prices.

Hamburgers are $3, cheeseburgers are $4 and the Double-Double (essentially a double cheeseburger) is $5. Burgers are also available Protein-style (wrapped in lettuce rather than a bun) and Animal-style (an extra saucy burger). Chips and drinks are a buck apiece and t-shirts are $4.

So does this mean Perth might soon be getting its own In-N-Out? It's hard to say but burger fans would be forgiven for being optimistic.

"In-N-Out do worldwide pop-ups to test the brand awareness," says a source from The Bird. "They've done a Sydney one and Perth was up next. They loved the venue so it was a match."

The pop-up is cash-only and burgers are limited to one per person.

See you in the queue.

In-N-Out’s Pop-Up at The Bird (181 William Street, Northbridge) on Tuesday January 16 till 2.30pm or until sold out