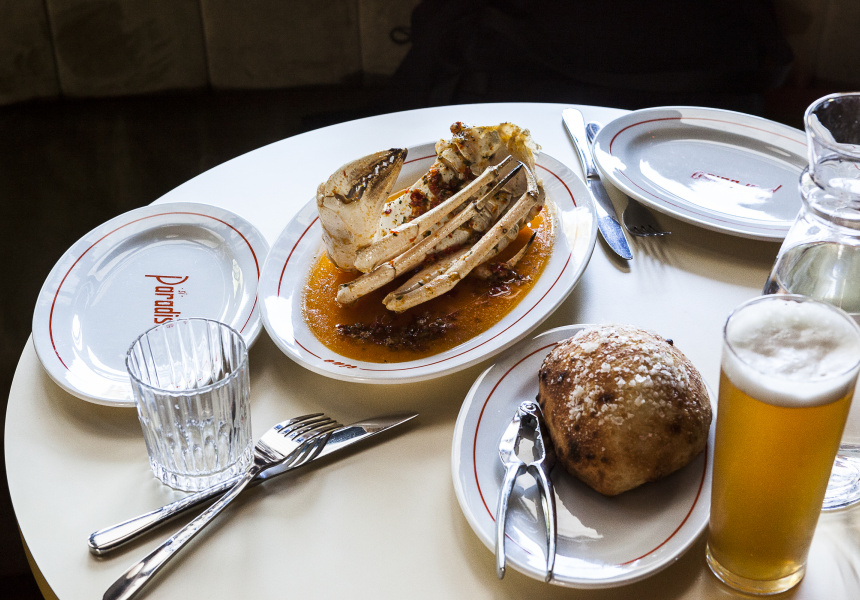 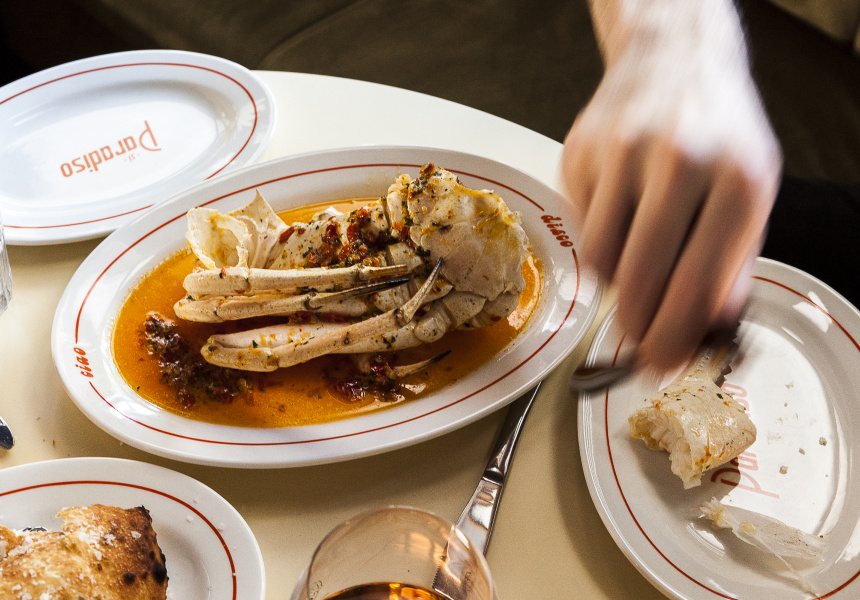 “This is the best crab I’ve ever had,” said Noma chef Rene Redzepi as he brought our next course to the table. “Australia is the world champion of crab.”

The year: 2016. The place: the Noma Australia pop-up at Sydney’s Barangaroo. The dish: a devastatingly good combination of Albany crystal crab meat plus a sauce made of egg yolk cured in fermented kangaroo: perhaps the single most delicious course served as part of Noma’s ($495 per head) deep dive into Australian food.

Found along the West Australian coastline, crystal crab (chaceon albus) is regarded as one of the world’s best tasting crabs and is priced accordingly. Before Redzepi got his claws on it, the deep-sea crustacean was already commanding serious prices in high-end, live seafood Chinese restaurants. Locally, a decent sized crab could set diners back somewhere between $200 and $300. I’ve heard tales from fishermen about whole crabs fetching four-figure (US dollar) prices at elite Shanghai dining rooms.

Then there’s the crystal crab served at Si Paradiso – the all-drinking, all-dining and all-dancing “nuovo Italo-Australian” hotspot – that Beaufort Street has fallen hard for. Instead of pairing the crustacean with fermented native animals or panic-inducing price tags, co-head chefs Dane McHutchison (ex-Marque and Vasse Felix) and Cale Mason are splitting each crab in half, roasting it with an ungodly amount of bright house peperoncino (Italian for chilli) butter and serving it alongside some baked-to-order bread (order a second serve the moment the crab is served: you’re going to need it to make the most of those crabby, buttery juices) plus a shell-cracker and finger bowl (both are equally essential). The other big difference between Si Paradiso’s version and pretty much every other crystal-crab dish on planet earth? The buy-in: the version here is being offered at the frankly giveaway price of $50.

Why so cheap? In two words: family connections. There are five owners. One’s father fishes for crystal crabs and has committed – for now – to drop half a dozen of the crabs each week (there is, after all, a quota for the crabs). Admittedly, these crabs mightn’t be top-shelf specimens – you might, for instance, get a crab missing a claw – but they’ll arrive at the restaurant live and by Jove they’re good all-in, roll-up-your-sleeves, this-is-going-to-get-messy, shall-we-order-another-bottle-of-pet-nat?-yes-we-shall eating.

“The food is very much about recognising tradition but creating our own version of it,” Mason said in the lead-up to Si Paradiso’s opening. “It’s just going to be our take on all those influences and all our travels to create something that works in this space.”

Works is an understatement. One serve of crab is perfect between three as a weekend lunch of champions, or you could tackle it solo and stink of chilli, butter, crab and smugness for the rest of the day.

Just one catch: the crab is only available on Saturdays and Sundays and there’s just a dozen serves available. I’d be very, very surprised if any of the crabs made it till Sunday. Run, don’t walk. And if you’re planning on making a day of it and giving Si Paradiso’s champion drinks program a good nudge, I suggest you don’t drive, either.

“I Can't Stop Thinking About” is a series on dishes Broadsheet Perth editor Max Veenhuyzen keeps replaying – and re-eating – in his head.