A resourceful, elegant and delicious argument for seafood nose-to-tailfin cooking. 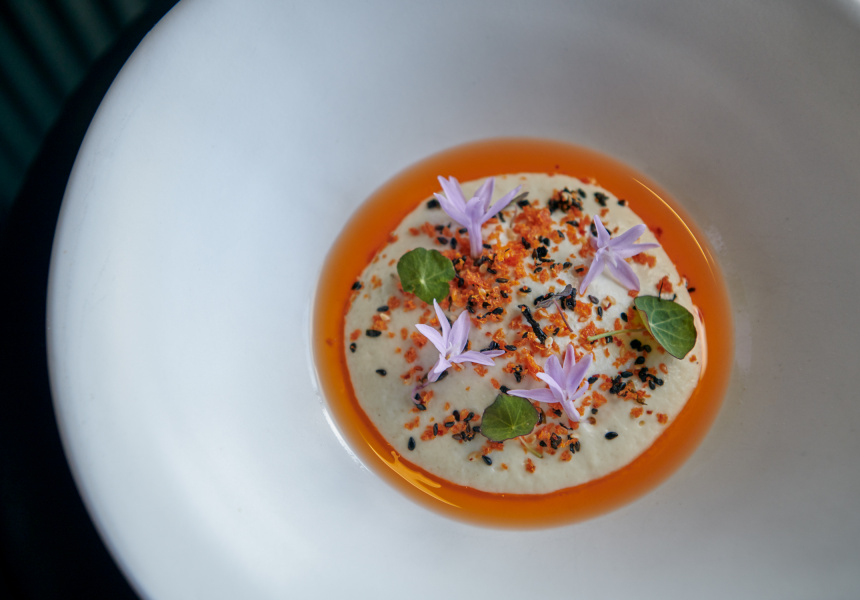 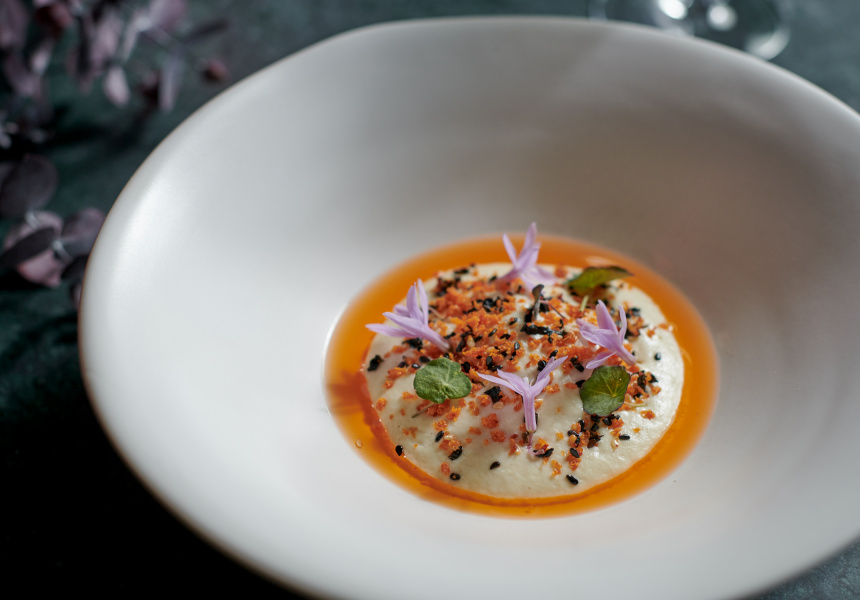 Coral. Tomalley. Mustard. The yellowy substance inside the shell of a crab goes by many names. It tastes like crustacean squared, and, in the hands of a thoughtful cook, can be transformed into something to rival the creature’s flesh in terms of deliciousness.

In Japan, crab innards are known as kani-miso, and they’re often grilled in the shell with sake. Canny Thai chefs, meanwhile, use them as a strong finishing move when cooking seafood dishes. During Long Chim Perth’s early days, David Thompson would use crab tomalley to imbue his Chanthaburi crab-noodle special with a deep oceanic funk. At Fleur, the sleek new dining room at the Royal Hotel, chef Chase Weber uses the substance in his Mandurah blue swimmer crab dish to make a compelling argument for whole-animal cooking in seafood circles.

He infuses cream with crab coral, lightens it with dashi, then uses it to dress meat picked from the steamed crab. His deep dive into the possibilities of crab doesn’t end there, though: the creatures’ shells are roasted to produce a killer oil to finish the dish. Sebastian never tasted so good.

Weber, of course, isn’t alone in pushing the whole-fish barrow. During his Restaurant Amuse days, Hadleigh Troy of Hampton & Maley poached the oft-discarded skirt of the scallop as a cool fusilli-like pasta analogue. Young gun Adam Rees at Madalena’s is all about serving fishy B-sides and underdog species such as stargazer, garfish and gurnard. Fish wings, meanwhile, are all the rage, even at big-volume places such as the rebooted Kailis Fish Market Cafe in Freo. And they’re just the tip of the not-so-slowly-melting iceberg.

More and more Perth chefs, it’s safe to say, are jumping on the nose-to-tailfin bandwagon. And it’s on us, the diners, to support the cooks and restaurants doing the right thing. I think I know a good gateway dish to begin with. 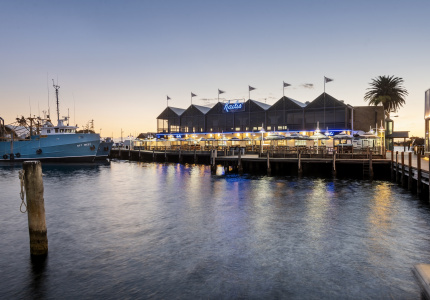 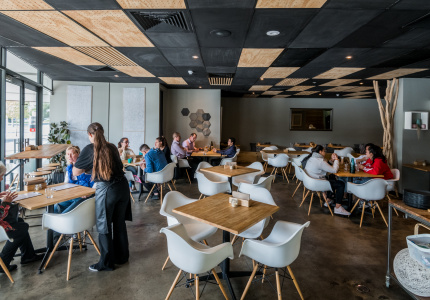