The balance between savoury and sweet can be precarious, but chef Paul Bentley walks that highwire like an expert. “Everyone that comes is just like, ‘Holy shit, why aren't savoury eclairs more of a thing?’” 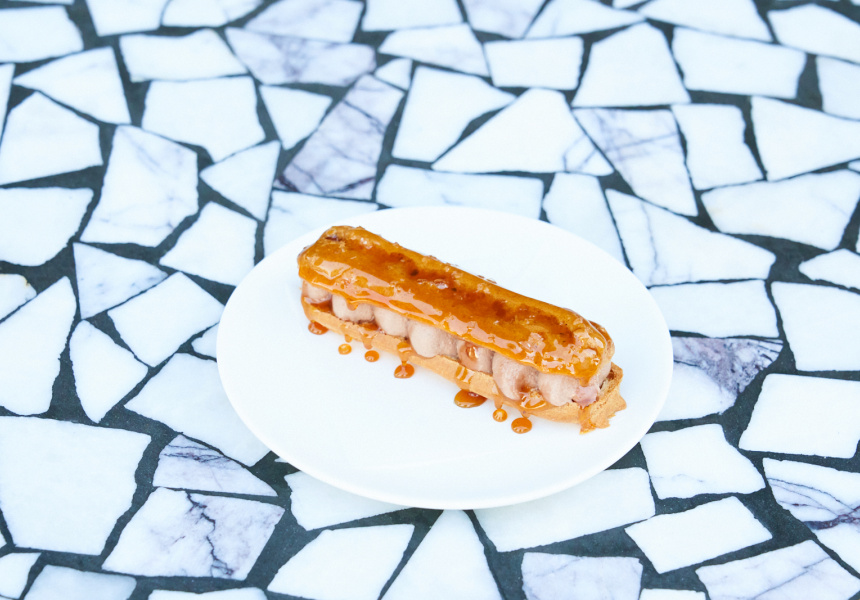 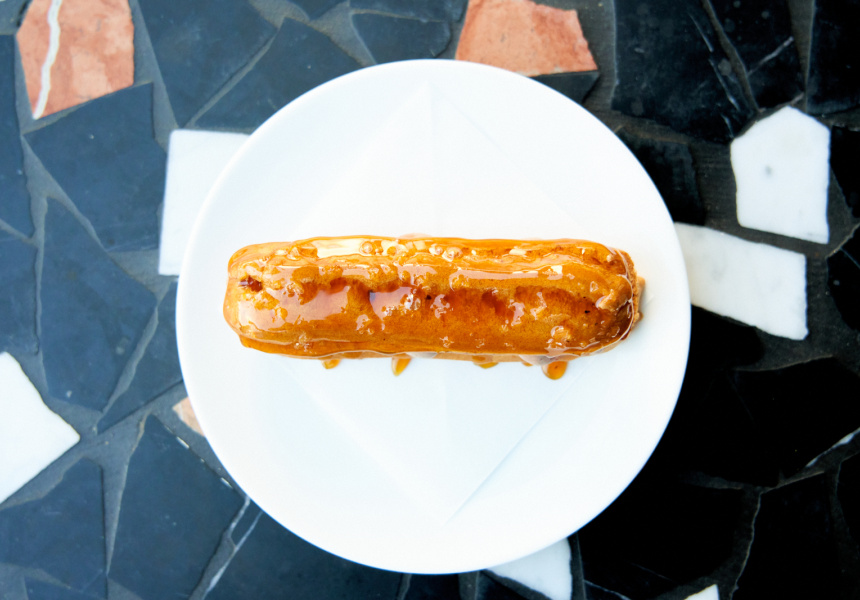 “I can't take that off,” says Paul Bentley with a laugh when I ask him if his parfait eclair with burnt honey is still on the ever-changing menu at Mount Hawthorn’s Casa. It’s a rhetorical question really. My unguarded comment to Bentley: “If you don't like that dish, you’re either a vegan or you're dead inside.”

I will say that if you’re on that veggie and vegan track but lean towards cheat days, with an extra big helping of self-loathing afterward, then perhaps give Casa a wide berth, take a blindfold, or visit with a responsible adult.

Using a classic French choux pastry, Bentley cuts it lengthways, and pipes on chicken liver parfait made in-house. Daniel, the two-Michelin-starred New York restaurant, can be thanked for the parfait, as that is where Bentley learnt the recipe and technique (and he’s not averse to adding bacon and port – a hint as to the richness of this dish). The top half of the choux pastry is dipped in a caramel of burnt honey, black pepper and a dash of sherry vinegar.

It’s no surprise when Bentley tells me, “Everyone that comes is just like, ‘Holy shit, why aren't savoury eclairs more of a thing?’” The balance between savoury and sweet can be precarious but Bentley walks that highwire like an expert. (Alongside the kitchen of Daniel Boulud of Daniel, he also counts those of Pierre Gagnaire and Paul Bocuse as former workplaces.) There's a pleasing stickiness to the eclair, and a tactile delight in picking it up. It’s a perfect one-hander for the wine bar (naturally, your drink will be in the other hand). There’s an airiness to the pastry, and more than a trace of butter, alongside that super-rich parfait.

Dishes that a chef feels they can’t take off their menu can be both a blessing and a curse. You could see them as the must-order, worth the visit alone, and guaranteed to be on. The flipside, I expect, is tedium, especially for a chef like Bentley, who confesses he gets bored easily. But Casa’s eclair is a certified crowd-pleaser, and with a constant turnover of dishes elsewhere on the menu and a creative fire that burns so bright, I doubt Bentley will be getting bored anytime soon.

“I Can’t Stop Thinking About” is a series about dishes Broadsheet’s writers and editors are obsessed with.