The grand old dame of Guildford is back. 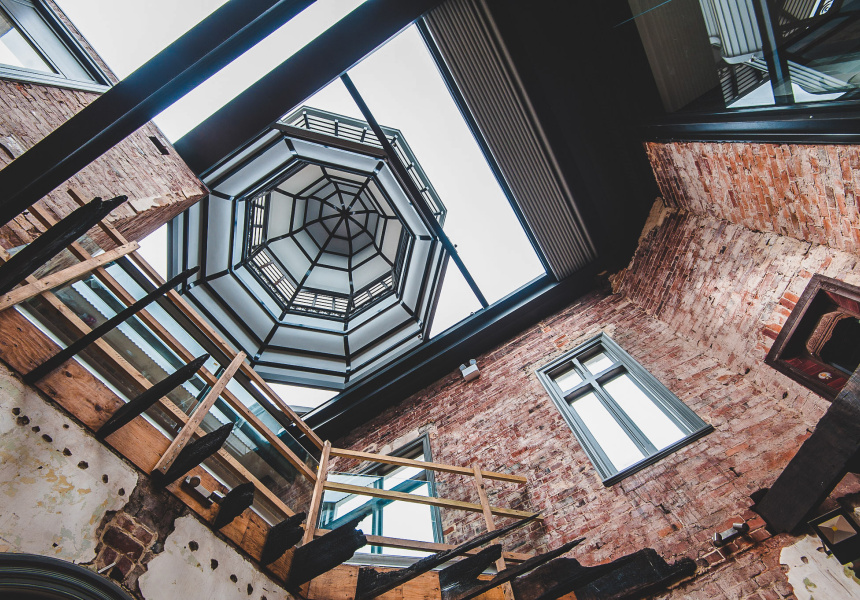 After being destroyed by a fire in 2008, the 130-year-old Guildford Hotel is reopening this month after a two-year restoration process by new owners, The Publican Group (Wolf Lane, The Aviary).

While some of the hotel’s charred beams have been retained as part of the new design, most of the building has been rebuilt using original plans (the retractable roof in the courtyard, however, wasn’t part of the original 1886 build). Although the fit-out of the pub retains the site’s heritage, the menu has a more modern feel.

“We’re not limiting ourselves by country or cuisine,” says head chef Gui Escaleira. “There’s a strong American influence throughout, particularly with the smoked meats. There are also some Asian influences and a couple of pub classics.”

The drinks have also been overhauled. On tap, expect Espresso Martinis and 18 beers including a gluten-free Billabong pale ale. Upstairs is a specialist gin and whisky bar.

The Guildford Hotel reopens at 3pm on Thursday May 26.