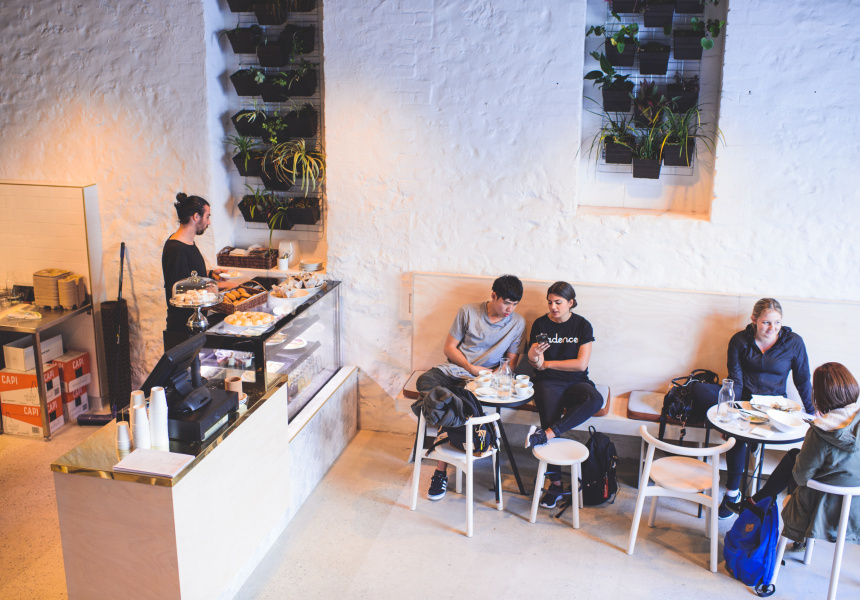 Over the past year, Fremantle has gotten to know – and love – Stable Hands as a go-to for precision-made coffee and brunch dishes with a subtle Aussie twang (g’day to you, black rice pudding with quandong compote and boab yoghurt). Now it’s time to meet Stable Hands the small bar. Considering how seriously owner Philip Arnold takes his coffee, it should come as little surprise that the Australian-focussed drinks list has been written with similar care.

West Australian vintners dominate the wine list while the beer and spirit selections are predominantly Australia. Matteo Scarano, late of East Fremantle’s Sweetwater Rooftop Bar, is driving the cocktail side of things with gently creative concoctions like gin and tonics supercharged with a G+T sorbet. And yes, there’s an Espresso martini on offer.

While the new license has seen management step up the drinks side of thing, it’s also given the kitchen an opportunity to up the food ante. Among the things guests might spy on the new menu: buttermilk-fried crocodile, kingfish ceviche with riberries, octopus carpaccio played off against jewels of finger lime and bread served with oils infused with native spice. It’s bold stuff, certainly, but according to Arnold, it was important that the revamped food be both adventurous and affordable.

“I feel in WA, we almost price ourselves out of the market,” he says. “You look at what’s happening over east and it’s affordable to dine out every night over there. We want to bring that atmosphere here to Fremantle.”