A cafe making toasted sandwiches till the sun comes up. 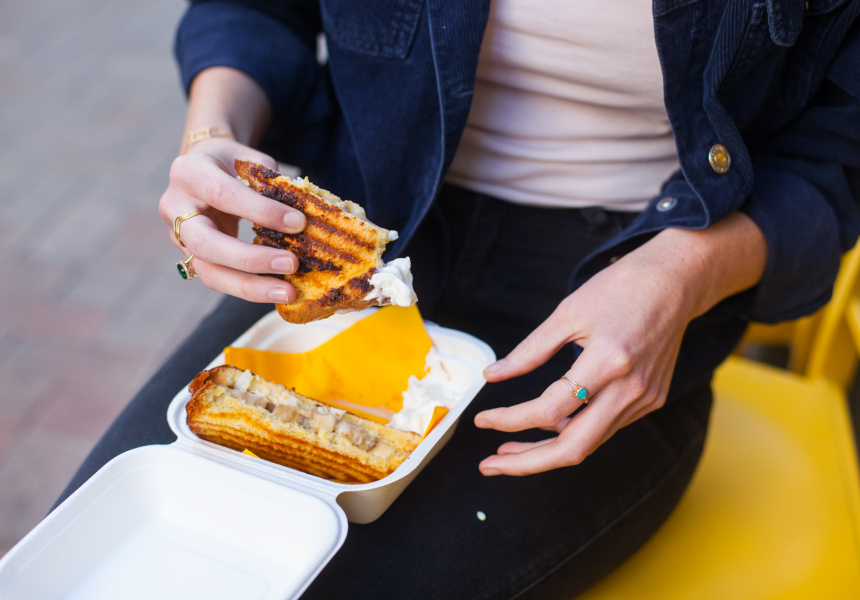 Perth loves a toasted sandwich, and there are plenty of great examples close to the city centre (Toastface Grillah, Get Ya Fix and Livingstone’s Urban Jungle to name just three). The latest contender for WA’s toastie crown, Toast Cartel, has taken over the kiosk left behind by cafe Eleven Squares in Fremantle’s Piazza shopping precinct.

Toast Cartel is the first food business for owner Sara Nardone, who also owns several cosmetic salons. A night owl, she was frustrated by the lack of late-night eats in Fremantle and took matters into her own hands.

“It was just a bit of a crazy idea,” says Nardone. “After 11pm there's only Hungry Jack's or terrible kebabs, and there are still lots of people out that need food.”

The Toast Cartel concept is simple but the execution is ambitious. It’s open from 8am seven days, and on the weekends closing time is after everyone else has gone home, and can be as late as 5am.

Its bestsellers are The Godfather with slow-cooked bolognese and mozzarella, and the Piggie Smalls with pulled pork, chipotle barbeque sauce and cheddar. There are vegan varieties, gluten-free bread and sweet options such as the Walter White with condensed milk, banana and toasted coconut on brioche. Sandwiches cost between $8 and $10.

Coffee from Veneziano is joined by chai, turmeric, matcha and rooibos alternatives. Brownies are from The Blissful Batch, and a range of syrup-flavoured Cokes embellished with cream and mascarpone are soon to join the menu. (Nardon: “Terribly unhealthy and delicious.”)

Toast Cartel’s success has taken Nardone by surprise, and the work required to make and sell more than a thousand sandwiches a week has taken its toll after just one month of trading.

“I thought it would be like a weekend hobby and it hasn’t been that at all,” she says. “I had no idea how much time goes into prepping and ordering. It’s a bit overwhelming at the moment, but in a good way. We could have gone bust.”

Struggling with staffing levels and finding herself working day and night on weekends, Nardone is already looking to sell. Her ideal buyer is an ambitious owner-operator.

“There’s great potential, we’ve already been signed up for music festivals and events,” she says. “It looks really small but it’s been quite pricey to set up, so it would have to be a reasonable offer.”

Toast Cartel
The Piazza, 18-36 South Tce, Fremantle (next to Timezone) 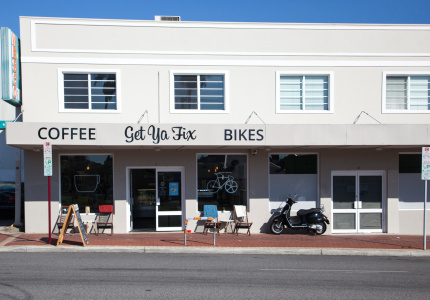 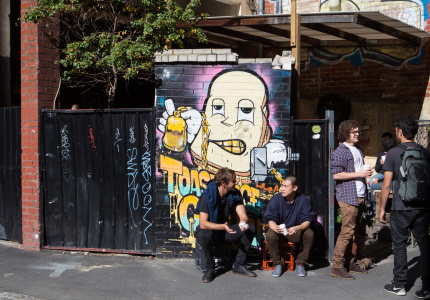