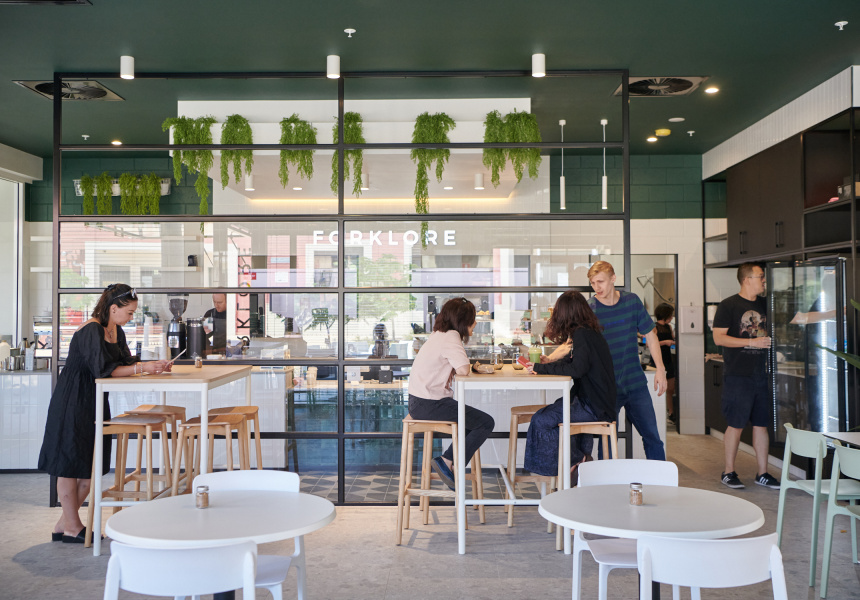 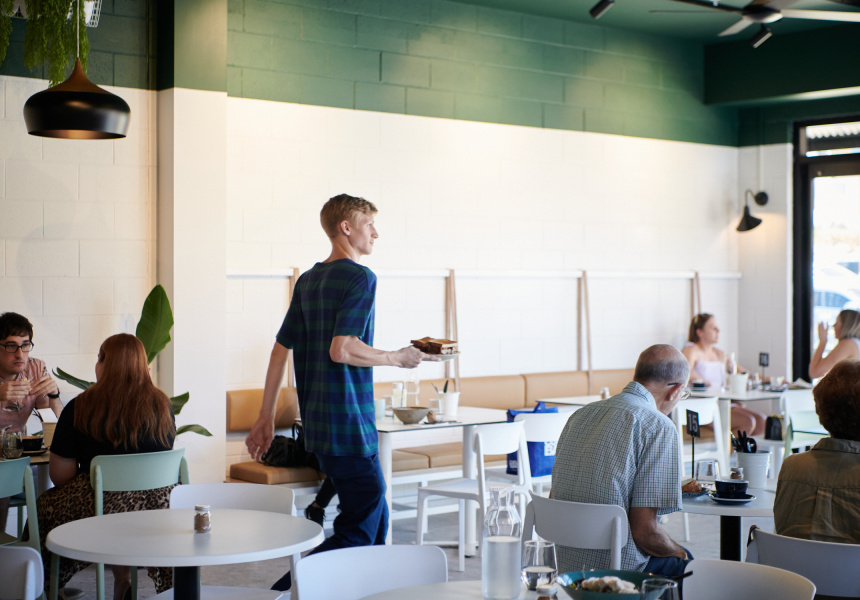 Five years after opening one of Perth’s best brunch destinations, Tbsp, brothers Hanji and Hanli Khor have opened a new cafe – Forklore – in West Perth. (The name is both wordplay – their third cafe will have to reference a knife, jokes Hanji – and a reference to Asian folklore.)

“The funny thing is, we looked at this place before we started Tbsp,” says Hanji. He and Hanli – with new partner and head chef Brian Kong – had another opportunity to take it on right before Covid and jumped on it. After some delay, Forklore opened last week in a former office space at the entrance to the City West shopping centre. The mostly-white-with-black-accents fit-out is clean, modern and invitingly well lit. The out-of-the-way location is an unexpected one, but, like Tbsp, it's bound to pull crowds from all over.

“I’m not sure if there’s any particular type of cuisine we serve,” says Kong. “We have a lot of Asian influences, but I don’t like the fusion stereotype. I make sure the food respects whatever cuisine I’m cooking without bastardising it.”

Tbsp regulars will be pleased to see Robert Williams behind the counter as head barista. He's serving coffee by Five Senses, a change from Tbsp’s suppliers Mano a Mano.

“We didn’t want the two places to have a similar profile in terms of coffee, and we wanted them to have a different identity,” says Hanji. “Five Senses has treated us well from day one and it wasn’t a matter of if we would go with them but when.”

Tbsp’s ramen and burger nights were consistently sold out, and similar pop-ups are expected to start at Forklore once the team settles in. 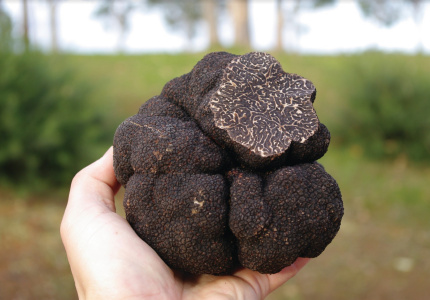